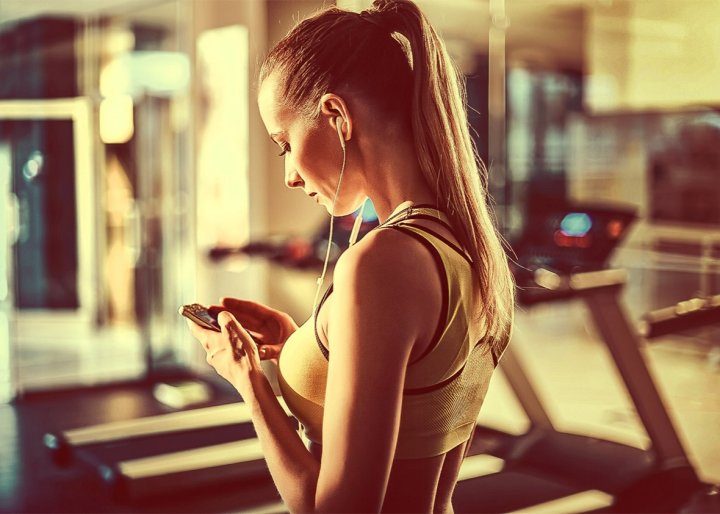 Technology is a part of our everyday life. What would we do without the use of smartphones today? We rely on them for phone calls, text messages, emails, even vital personal information. Now smartphone users have included ‘health’ as a main feature of their phone applications. Teens are no exception. It’s not uncommon to see 10-year old’s (or even younger) walking around with a cell phone in their hand. Back in the day that was unheard of in our generation. Now teens are playing games, having fun with friends, and even tracking their own personal health right on their smartphone. But does a smartphone really translate into better health for teens? Science is saying no.

Let’s think about something for a minute, how many of you know the phone number of your family and friends? Had to actually think about it, right? While smartphones are extremely convenient, there are some drawbacks. With the rise of childhood obesity these days, people are looking at technology to help track their health and fitness. But smartphone technology is a double-edge sword. While it can be beneficial in tracking nutrition and activity levels, it is also creating the effect where people aren’t being active and rather sit around on their phone playing games, texting, or watching YouTube videos.

A group of researchers put technology to the test to see if teens were able to lose weight and maintain it with and then without the use of technology on a smartphone as well as in-person techniques. Researchers conducted a 24-week study (two separate 12-week studies) where they looked at teens, their behavior, and their weight loss. One researcher put it best when he said, “We know that teens are on their phones, which gives us a way to intervene in the moment. We wanted to determine whether we could effectively use texting and a commercially-available smartphone app to help adolescents with weight loss.” In order to do this, the researchers used the first 12 weeks of the study to work with the teens both through the use of a smartphone (text messaging) as well as in person treatments. The participants were asked to come in for weekly meetings with a clinician and discuss their eating patterns and physical activity each day. They were also sent text messages three times each day to help encourage them to think about their nutrition and activity levels. Each participant was also asked to use a health/fitness app to record their daily exercise as well as log their foods.

By the end of the first 12 weeks, researchers assessed the participants’ results when using the techniques. They found that on average, through the utilization of all the techniques mentioned above, that the teens’ BMI was lowered by just under 1 point (0.08). The results of the first 12-week study raised the question that if the in-person piece of the equation was removed, could technology through the use of the smartphone still allow the teens to continue the program and lose weight or would they eventually give up and go back to their old behaviors?

For the second 12-week session, the researchers removed the in-person meetings and left the teens to simply use the app and daily text messages to help them adhere to improving their nutrition and activity levels on their own. What researchers found during this period is that over three-fourths of the participants stopped using the app (yet text messages were still being sent—but were ignored) and almost all of them gained the weight back that they had lost in the first 12 weeks of the study.

What this suggests is that while smartphones can do many things, human interaction helps adhere to certain programs—in this instance, weight loss and influencing activity levels. When you are no longer accountable to be present for an in-person experience, people are less likely to continue down certain paths. The in-person method was a way to socialize and interact with others in this study. When taken away, the teens lost all aspects of the socialization and interactions they once had and were left to simply follow the plan through the use of the app and text messages alone which failed miserably.

One researcher made the comment that the particular app used “doesn’t include all the things we know are successful for weight control, like social support and the accountability that comes with that support. That support existed when the teens were meeting with other teens and sharing their experiences. And that was taken away.” The study shows that the social aspect of certain programs—specifically weight loss programs—can help improve retention and help reinforce certain behaviors. While they aren’t saying the use of smartphone apps are worthless, what they are seeing through this study is that through a combination of all methods, including in-person support, it has shown to be more successful than just technology alone.

The same researcher went on to say, “We know that self-monitoring is really important for weight control as it helps people be mindful about the foods they’re eating, but very few teens do it because it’s so laborious. Smartphones were extremely helpful because they made self-monitoring more efficient—it’s much easier to scan a barcode than it is to track every calorie with paper and pen. However, you can’t totally replace in-person social networks with virtual networks. But I think one of the future directions of mobile health technology is figuring out how to take advantage of people’s naturally-occurring social networks and using family and friends to fill the role that meeting with a clinician would normally fill.”

When looking at the results, the researchers made a recommendation that future apps should try to add in some sort of virtual support system to help improve retention of the program. While this might never truly replace in-person support networks, it would be better than nothing. Having an app does have the ability to drive down the costs that are generally associated with in-person programs and be an alternative option. So for those who are worried about the cost of a face-to-face program, an application on a smartphone might be their best option.

Most people today know the difference between a healthy food choice and an unhealthy food choice. The gap they are trying to fill is how to get people to choose that healthy food option or the behavior to be more active over a poor food choice or complacency when it comes to exercising. There needs to be a way to help people live a healthier lifestyle by enforcing healthier behaviors. Through the use of apps that might happen, but in order to do so, there still needs to be an in-person or social aspect associated with it. So while technology is amazing, it alone can’t help people (or teens specifically according to this research) lose weight and/or keep it off.