Can I Share My Protein and Nutrition Bars with My Kids? 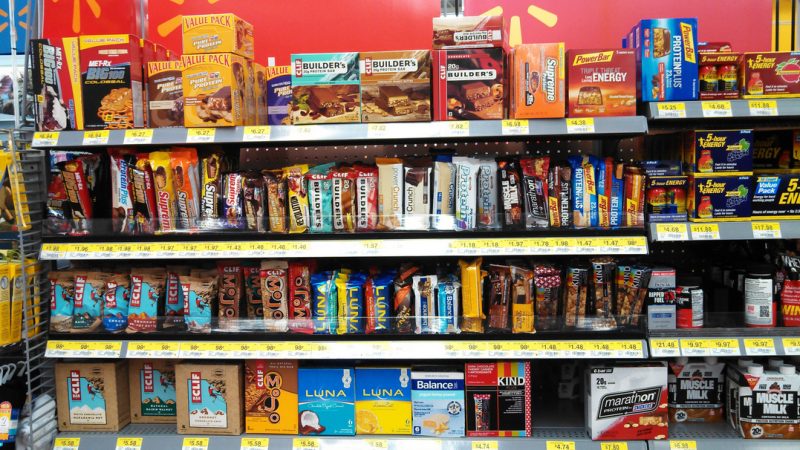 I get this question asked quite often. While I don’t like recommending “supplements” for kids, giving them a piece of your protein or nutrition bar won’t do them any harm. Assuming there are no sugar alcohols in the bar that could cause some digestive distress and discomfort, there won’t be any issues. Sharing is caring, right?

Focus on providing real food options for your children, first and foremost. If time is minimal and you’re on the go, having a nutrition bar can slide in to provide a quick snack. Ideally, you would want to at least try to find a bar that is designed specifically for kids and their individual needs rather than trying to split a 400-calorie meal replacement bar with them.

Most recently a new product caught my eye and caused me to do some research. If someone of you are into the more natural types of products and bars, RXBAR has launched a bar designed specifically for kids. If you’re already familiar with RXBAR, you know that their bars are delicious and made with minimal ingredients—keeping the bar extremely clean and healthy.

A growing piece of the market

More and more brands are creating healthy snacks for kids using natural and organic ingredients. RXBAR took their existing bars marketed towards adults and simply lessened the ingredients and updated the packaging. So instead of 12g of protein, there’s 7g (one less egg white used). It’s a great strategy considering adults who are already using the bars and are familiar with the taste and profile now have an option to add to their cart to provide the same health benefits to their kids.

The CEO and co-founder of RXBAR mentioned, “We just took a look at the kid’s bar market, and it was obvious that there was a similar problem we wanted to solve with the adult line, in the sense that there wasn’t really a ‘clean’ protein bar with high-value ingredients. We use egg whites [for protein] because of high bioavailability, and we don’t want to use any fillers or cheap binding systems.”

Their flavors align with things that kids already like and can associate with rather than something odd and unusual that might turn kids away. They launched flavors such as chocolate chip, apple cinnamon raisin, and berry blast. In addition, they added illustrated designs to their packaging to make it look more like something that would appeal to kids rather than their plan packaging found on the adult version. The bars are also slightly smaller than their adult counterparts and sit at a total weight of 33g versus 52g in the larger adult version. And if you are familiar with the original bar, they replaced the “No B.S.” on the kids packaging to “No Bad Stuff” for obvious reasons—try explaining what “B.S.” means to your kids. To go along with the shock value, you might as well just tell them there is no Santa too.

When the CEO and co-founder was asked about the reasoning behind launching a kid-friendly bar, he stated, “A lot of our business is done online, so we’re really plugged in with our customers. We found a lot of them giving the regular bars to their kids, and kids absolutely loved it. We saw this pattern of younger moms wanting to give their kids something they would eat.”

What ingredients are used in the RXBAR for kids?

The ingredients for each flavor are fairly similar, but using the chocolate chip bar for example, it includes two egg whites, one date, four almonds, five cashews, as well as cacao, cocoa, natural chocolate flavor, and natural vanilla flavor. Being that the bars do include nuts and eggs, parents should be aware of potential allergy risks. Each of the bars contains around 140 calories, 6g of fat, 14g of carbohydrates, 3g of fiber, 8g of natural sugars, and 7g of protein.

I’ve had the opportunity to actually try the RXBAR for kids and I’ll be honest, they are tasty enough to have me trying to steal a bite from my own kid. The apple cinnamon raisin flavor tastes similar to the Quaker apple cinnamon oatmeal, only with added raisins. The chocolate chip flavor was nailed and legit tastes like a cookie, and the berry blast has hints of strawberry, blueberry, and raspberry. Out of all of them, the berry blast was my least favorite.

Would I give them to my own kids? Absolutely, and I do. Those who know me know that I love another brand called The Best Bar Ever. It’s a real food bar that is perishable (stored in the refrigerator), but has an extremely clean profile, similar to the RXBAR. Having kid-friendly packaging with illustrations on the front of the wrapper really engages my son and makes him think eating healthy is fun. Instilling in our own kids the relationship between health and what we put in our bodies is extremely important to me. At an early age, I want my son to know the difference between a healthy food option and a bad. From one parent to another, I give these bars two thumbs up.

Newer Post
Why Do We Use Tragedy to Push Negativity in Bodybuilding?
Older Post
The Vitamin Shoppe Launches Spark Auto Delivery