Can Bodybuilding Be Unhealthy? 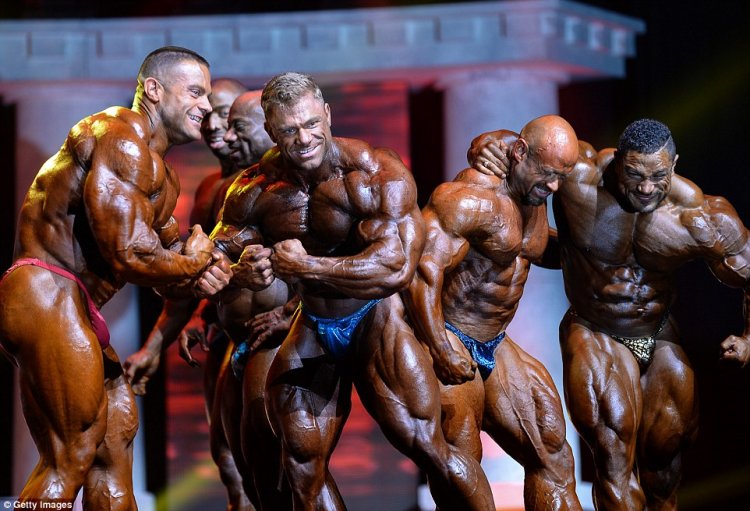 Bodybuilders grace the cover of magazines, showing the public what health and wellness is supposed to be, but is this reality? Science has showed us that having extra muscle and being lean is healthier for everyone, but taking it to the extreme may have consequences. It is obvious that working out and watching your diet has its benefits. It improves cardiovascular function, increases bone density, and enhances glucose tolerance. The list goes on. On the other hand, putting on too much muscle, and the methods used to do this, may have the opposite health effect.

Many bodybuilders today put their bodies through hell to look the way they do. During the offseason, most bodybuilders consume excessive calories in order to pack on as much size as they can, before dieting for a show. Some guys will consume upwards of 6K calories per day. This kind of food intake is required for a 300-pound bodybuilder to maintain his size or add more muscle mass, but this can take a toll on the body. Too much protein can lead to higher levels of homocysteine, a byproduct of protein metabolism that can be a risk factor for heart disease. Excessive protein consumption over long periods of time can lead to irreversible kidney disease. Overconsumption of carbohydrates and fats can tax the digestive system over extended periods of time, and it can negatively impact lipid profiles. While, most issues will return to normal after calories are lowered over time, permanent damage could possibly occur when excess calories are consumed for years on end.

It’s no secret that steroid use has become common place in the sport of bodybuilding. There are many bodybuilders that use anabolic steroids at low to moderate doses, while keeping their health in mind, but there are those that push things in order to be much bigger and leaner. This is where bodybuilding becomes unhealthy. When using massive amounts of steroids, the user is gambling with their long term health. The sport of bodybuilding has progressed. At the same time, the amount of anabolic steroids, HGH, and insulin being used has increased. I am not saying that all successful bodybuilders today are going overboard, but there are some that are. The number of bodybuilders that have died in their 30’s and 40’s over the past few years due to heart conditions, stroke, and organ failure prove this.

Having large amounts of extra muscle, as many bodybuilders do, adds a strain on the cardiovascular system and other organs throughout the body. As with an obese person, a bodybuilder’s heart has the job of pumping blood to 100 pounds of extra tissue. A bodybuilder will have a more efficient heart than an obese person from training, but it is still a strain none the less. It is common for bodybuilders to suffer from sleep apnea, especially during the offseason when their weight is the highest. This can result in a lack of oxygen while sleeping, which leads to an elevation in blood pressure and a feeling of lethargy. In this case, many turn to some kind of stimulant to counter the loss of energy, putting even more strain on the heart and cardiovascular system.

Bodybuilders preparing for a competition desire the most muscular and hardest physique possible, and diuretics are often used you achieve this look. Depending on the type of diuretic being used, it can cause an electrolyte imbalance, renal failure, and an overabundance of potassium. Of all drugs used by competitive bodybuilders, diuretics are one of the most dangerous. Pro bodybuilder, Mohammed Benaziza died after a contest at just 33 years old due to severe dehydration from diuretic use.

Bodybuilding first began as a sports that portrayed health, strength, and well-being, but has it evolved into something different? Has it become more about muscle than health? Bodybuilders are getting bigger and bigger every year. There has been a demand by the fans to see a bigger and more shredded physique onstage, and eventually something has to give. There is only so far the human body is willing to go without sacrificing health. There are some top level pros that have reached their level with minimal drug use and have remained fairly healthy. Since genetics play such a huge role in the bodybuilding world, these athletes were able to achieve success without risking their health and/or life for that matter. Bodybuilding isn’t just about drugs. Training, diet, and genetics obviously play a significant role. Some people have begun to look past that and directly towards the drug side, and this is why bodybuilding has become more and more unhealthy.