Bum to Beauty: The Cost of InstaFAME Frauds 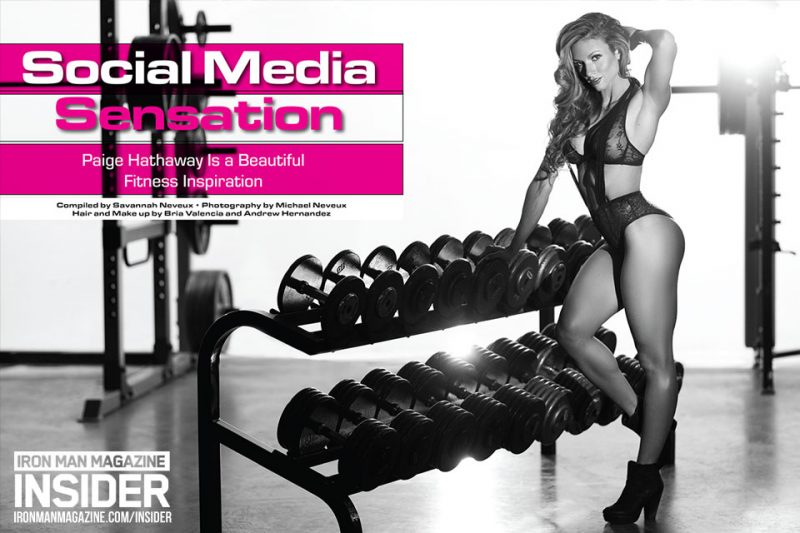 I pay close attention to people in the fitness industry who are trending (especially on social media), and I’m finding a lot of them are some of the fakest people out there. There’s a reason so many people follow them an idolize them, and it’s because they come off as having a great personality, amazing physique, and seemingly perfect in every aspect of their life. All of this sounds great. However, the reality is this isn’t reality at all, it’s all smoke and mirrors. They are duping you into thinking they are what perfection looks like. Let’s chat a little bit.

When I talk about social media, I’m talking about Snapchat, Instagram, Facebook, and Twitter—the main players in the space. Social media is one of the easiest ways to fake your way to fame. You can go from (as the title states) bum to beauty overnight—and many of these personalities online have.

We live in an age where our cell phones are our new expensive camera. What once was though as being disgusting, taking pictures in bathrooms is now almost a norm and acceptable. I don’t know about you, but snapping a selfie with your toilet in the background isn’t exactly appealing to me, I don’t care what you look like or what you’re wearing. Yet, look around on social media and you will see your feed flooded with these images. And if you pay close attention to detail, you might even think you’re in the Matrix.

Hiding behind a lens is the perfect coverup. You can be whoever you want to be regardless of your personality and own flaws. Why? Because you can edit your “life” so to speak. There are plenty of fitness personalities who got caught Photoshopping their images. The walls or objects around them seem to be bending in the shot. The corner of the wall next to the image all of a sudden appears to be pushed in and oddly shaped, and it’s because amateurs are changing their appearance to make themselves look more appealing.

The sad thing is, most people buy into these images and think they are real. The funny thing is, you never see these people shooting videos because you can’t Photoshop yourself in videos like you can still images. In fact, there is a (now) very popular female in the fitness industry who caught so much flack about her Photoshopping that she went out and had extensive plastic surgery done. All of a sudden, overnight her entire physique changed. Her butt became amazing, her boobs all of a sudden were perfectly shaped and sized, and oddly enough, her facial structure changed as well. This woman uses her image to sell her “brand” even though she has no clue what she is talking about. She has been caught selling personal training programs that are cookie cutter plans that any idiot off of the street could put together. They aren’t personalized and she offers no other guidance after she collects your payment because, well, she has no true understanding of fitness or nutrition. She’s a fake person who went under the knife to get plastic surgery so she could sell her image to everyone and make money. Now she’s doing appearances and everything for pay where before she couldn’t because she would be exposed for looking nothing like she did in her images on social media. She was also a competitor who never placed well enough to make a name for herself, but she knew how to snap photos and edit them on social media—so, she found her niche.

This isn’t just a gender specific issue either, while I’m picking on the woman above, there are plenty of guys out there who have been caught Photoshopping themselves to appear bigger and leaner than they really are. While women are tightening things up and enhancing their butt, guys are hardening their abs and enhancing their muscles thanks to photo editing. Unfortunately, the problem arises when these individuals are posting doctored images on social media, and then doing videos for YouTube.

The days of television are gone in my eyes. People are changing over to Netflix and YouTube it seems. And in the fitness world, this is both good and bad. You have some great people putting out amazing and educational content, and then you have the clowns who are trying to fake their way to stardom. At the end of the example above, an individual was Photoshopping his physique, and then shooting video for YouTube. Even Ray Charles could see that the physiques shown in both look drastically different. And it’s because they are! This guy was WAY smaller than he appeared in his social media pictures. In fact, half the size with a thicker midsection and chicken legs. This just happens to be the same individual who was shooting a video for YouTube trying to act strong and tore his pec while filming (and later posted it on YouTube—gotta love monetizing videos). 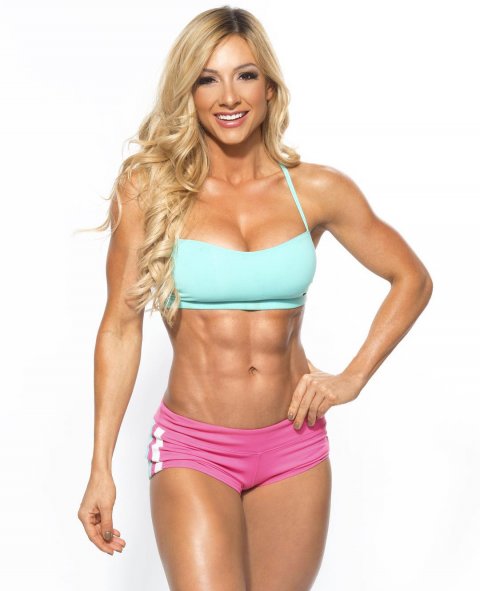 For just one second, let’s talk about the true freaks and amazing physiques that do exist on YouTube. YouTube channels are a great way for aspiring models to be found and followed. It’s their own little platform where they can get their information and brand (personal image) in front of potentially millions of eyeballs. This can open up many doors for them and take them from a nobody to a somebody very quickly if the right people notice. And here is where monetization comes into play.

With social media and YouTube, people can monetize their brand and image. By putting themselves out there, they can now charge for appearances, charge for social media product/brand mentions, use ads in their videos to make money, and sell just about anything under the sun assuming it fits their viewer’s needs. The issue starts to arise when these individuals are more worried about making money, rather than helping and educating people. You could say they have become “sell-outs” in a sense.

We have all seen the YouTube videos where the personality says “this video is brought to you by…” or “this video is sponsored by…” and after the first video you think it’s cool that someone sponsored their video. You consider the product they were promoting because you think of the personality as someone trustworthy. Then in their next video you see them talking about a different sponsor or product and that you can purchase using the link found in the description, blah blah blah. Now you start to question their motives. This goes on and on and each video is showing a new thing they want you to purchase or check out via their description. I get it, it’s a business for them and they are out to make money. But there’s a fine line that people need to walk when they are trying to be known as an influencer who puts out educational content, and influencers who are only out to fill their pockets and doesn’t care what the product is so long as they are hitting a pay day talking about something.

Most of what I mentioned above is a sure way to get yourself called out by people who know more about the subject or industry than you do. If you follow in their footsteps, the chances of you becoming the laughing stock of your industry is highly likely. Most people will say just fake it until you make it, but that will only get you so far unless you bring true value to someone’s life.

On the other hand, many people end up faking it until they get busted. They act like they know what they are doing or talking about, again, until someone calls them out on it. Look at the cases above for example. Photoshopping, digital editing, etc. are sure ways to lose the respect of your followers. Many of the people who are just following someone for the T&A show they put on in their images, aren’t people who bring true value to their page or social channels. These people will never be customers of yours. Or people who will trust you enough to listen to advice. They just want to see T&A, plain and simple.

Personally, I respect the people who don’t do ads on YouTube to monetize. It shows they aren’t doing it for the money. They are doing it to help people. Too many times these InstaFAME personalities only want the spotlight on themselves. They aren’t the people in the background doing things to help change the world and solve people’s problems so they can live a longer, healthier, life without getting any true recognition. Not to toot my own horn, but this is me. How many people get all excited when they hear the name “Matt Weik?” I doubt anyone. Heck, I don’t even think my wife gets excited when she hears my name. But one thing that goes unnoticed are the emails and messages I get saying what I do has changed their life. I’m not in this for the fame. In fact, I don’t want to be famous. I want to be the guy who walks down the street without anyone thinking twice. No one remembers writers. Generally, people look at the title of the content piece, and from there decide if they want to read it or not. And if they do read it, most will move on after reading the piece and never look to see who even wrote it. And again, I’m ok with that so long as they took something away from the article that can help them some way in their life. If they look at my name and search for more content, even better.

I get to feel all the things these InstaFAME personalities feel, only I get to do it without sharing it with the world. I don’t need to puff out my chest and feel good that I got thousands of likes on something I posted on social media or gained thousands of followers. My goal is to change lives. I don’t care about the “look what I did” that so many people strive for in life. It’s as if they need to feel important or impress people rather than doing something for self-fulfillment. It’s what you should be doing. Don’t do things for the fame. Fame is temporary and you’ll soon be forgotten as someone else will come along and steal your spotlight. Someone will Photoshop images better than you. Someone will be funnier than you on your posts. Someone else will find better lighting in their bathroom to show off their goods. Then you’ll disappear, as if you never existed at all. And a new regime will take over what you thought was your kingdom. Do things the right way and you will get more from it than you ever will from worrying about what social media thinks of you. When you have the ability to better someone’s life, the long-term value is worth so much more than the five minutes of fame you get from a social media post of your physique.