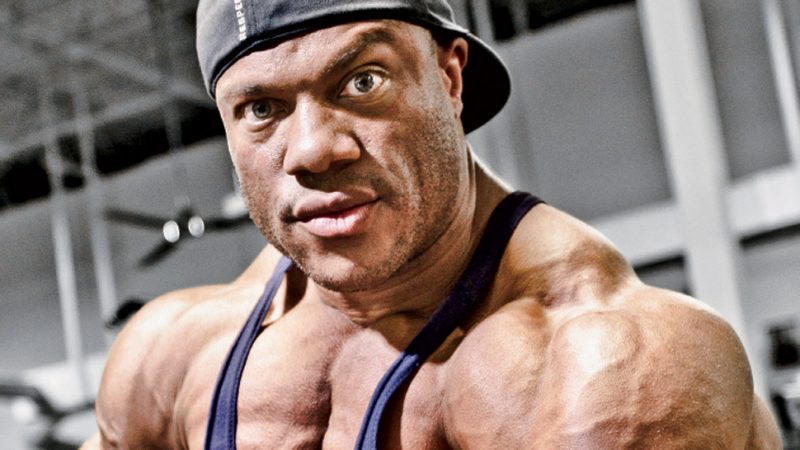 The big question is whether or not Phil Heath is representing the sport of bodybuilding the way he should? With, now, seven Sandows to his name, the question becomes more and more apparent. Phil only competes once a year, he’s known to have incredibly thin skin, and he’s not very well liked by the majority of fans. Yes, I said it! He’s not a popular Mr. Olympia! At this year’s competition, he was called out for having an unsightly out of control bubble gut during the prejudging, but nonetheless earned perfect scores. This is a man who hasn’t really had to overcome a serious challenge to his title since he won it.

There have been years he shouldn’t have won (because he got beat), but that never showed on the scorecards. His rivalry with Jay Cutler was short lived, as Cutler was more a mentor than a nemesis. Phil’s real rival, Kai Greene, has been as serious on the stage, as off. The battle got so intense, that things hit the boiling point in 2014. Some argue that the two took things so far, that that the Olympia that year didn’t make network tv as a result. Whether it was a trivial matter (e.g. Kai signing some posters in 2014 as the next Mr. Olympia) or the shoving match on stage, both guys proved the ability to get under the other’s skin. Another Heath rival would be Shawn “Flexatron” Rhoden, whose sponsor (ProSupps) launched an ad campaign calling Rhoden the next Mr. Olympia. Much like Greene’s antics, Heath was unable to process Rhoden’s challenge. These rivalries could have created substantially more interest in the sport if Heath had been on board, but that ship long since sailed. One of the greatest ways bodybuilding will grow by leaps and bounds, is having a Mr. Olympia who embraces social media, embraces social media celebrities, and who makes the fans his top priority.

Back in the old days, it was all about the magazines. People either subscribed or hit the newsstands, religiously, never wanting to miss a beat as far as the fitness industry went. For those who couldn’t make the trek to the Olympia, they could buy the dvd. As soon as the internet hit, things started to change. It’s safe to say there will always be a demand for print. It offers a tangible product that can be held in one’s hands, autographed, and collected. With the internet, particularly social media, everything changed. Successful athletes are now required to have a strong presence on all platforms, but the ones who excel at it, are the ones who use the platforms to connect far more effectively with their fans. Others will hire a PR person or company to handle all the accounts, including the private messages. That’s generally not the recipe for success. Another bad idea, is to offer social media for a fee. Fans shouldn’t have to pay to stay up to date with their favorite champions. The truth of the matter is that a No Bull approach is the way to go. If a top tier athlete is going to do an Instagram or Facebook Live, only to hear himself talk, not interact with the fans, and only take fluff questions and give vague answers, then that’s a huge missed opportunity.

Social media is only as effective as the quality of the content. When it comes to the top athlete, the title alone will bring traffic, but the quality still has to be there. When Phil Heath takes a picture of a chicken breast with veggies on a plate, that’s going to get hits, but only because of his followers count, his title, and the fact his fans are starved for information. That’s neither engaging or cutting edge. Kai Greene would never do that, but Kai Greene is also substantially more popular than Phil, despite not ever winning a Sandow and not actively competing. This isn’t about knocking the champ. I like Phil and respect his achievements, but a 7x Mr Olympia should be everywhere. He should be a megastar. And he’s simply not.

A great point made by MD’s Gregg Valentino on his Ramblin Freak Ep 6, was that he was dumbfounded that the first thing Phil Heath could think of after winning his 7th title, was lashing out at Luimarco. Lui has become the undeniably most popular youtuber in the history of bodybuilding. He commands hundreds of thousands of subscribers who swear by him for all their news, commentaries, and spin on bodybuilding. Phil Heath has been celebrated countless years by him, but when criticized, the champ simply cannot process that. After winning his last title, he made a scathing video about Luimarco, demanding he be dragged onto the Instagram live chat, and set out an ironclad ultimatum – show me respect or get lost. Is this how an ambassador should conduct himself? 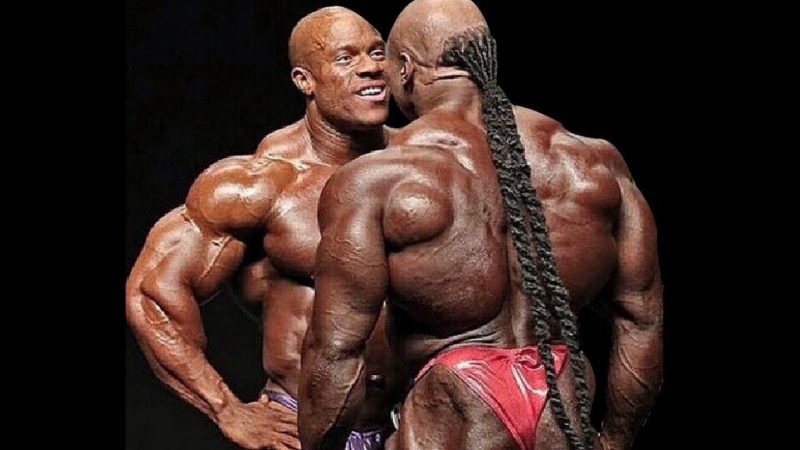 A good ambassador for the sport would do things like Andy Haman or Mike O’Hearn, visiting sick children at hospitals. A good ambassador would attend charity events and walk in marathons. At the very least, a good ambassador would not charge for social media appearances and/or sign each and every single fan’s autographs. The last thing an ambassador on Phil’s level should do, is block critics, attack popular media figures, and carry on like a street tough. That having been said, when you have a guy who has won seven straight titles, what can you really tell him? It’s not like he’s going to listen.

Social media celebrities typically aren’t competitors. Many aren’t really journalists. What’s probably most frustrating is that some may not even be fans. However, these characters command crazy popularity. There was a time when Youtubers made a living off making videos alone. Their vlogs would get millions of views, create mini-forums where conversations would carry on for weeks, months, and even years. Their staying power made some virtually unknown people into fitness industry royalty. Ronnie Coleman’s reign saw considerable internet attention. Jay Cutler was the first Mr. Olympia to see social media really start to take over. Phil Heath, on the hand, has been the champ whose reign has seen the most radical changes in media, marketing, and on the news-gathering fronts. Unlike other champions who could take breaks from the sport and actually have a semi-normal, off-season life, that’s never been the case for Heath. Smartphones have largely taken over where laptops left off. Everyone has a phone, everyone uses apps, and these apps and the public’s insatiable desire for news and happenings, can quite easily drive someone on Heath’s level – nuts! It’s become a vicious cycle.

Bodybuilding has always been a niche sport and will likely continue to be one for the near future. The fans buy tickets, magazines, and supplements. Bodybuilding fans are very spoiled in that there are a variety of opportunities for them to meet and interact with their favorite stars on a personal level. Some fans have been known to wait in lines, sometimes for hours, just to shake their favorite athlete’s hand. Unlike other sports, many fans in bodybuilding are also active competitors. They compete out of passion, but most know they can never reach the Pro level, never walk onto the Arnold stage, much less the Olympia one. When they argue on message boards, join groups, and/or write to the champions, they do so with great pride. The idea that a fan could be blocked by the reigning Mr. Olympia for politely and constructively criticizing his physique, a posing routine, or a behavioral quirk, is absolutely outrageous. But guess what? It happens. Even on that video Heath made attacking Luimarco, he asserted that he’d block Lui’s supporters to no end, if they didn’t basically fall in line.

We’re stuck with Phil for at least another year. Trying to get him to change at this late stage of the game is highly unlikely. If you’re like me, it’ll get you blocked. The next Mr. Olympia will have his work cut out for him, but with the right approach, could do a great deal for bodybuilding – in just one year!