Newer PostDrink a couple of cups of coffee a day, and live longer
Older PostThe Steroid Lies, Lies, and Wolf Cries
Share on FacebookShare on TwitterShare on LinkedinShare on Pinterest 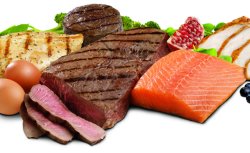 Fitness fanatics, bodybuilders and other strength athletes recover quicker from training if they use probiotics with their protein preparations. This discovery was made by researchers at the private research organisation Increnovo and the University of Tampa. They used the bacteria Bacillus coagulans GBO-30, 6086, which is already on the market.

Study
The researchers got 29 young men, all of whom had experience in strength training, to do a killing workout for their legs on two separate occasions.

Every day for two weeks preceding one of the workouts, the men consumed 20 g casein. During the two weeks preceding the other workout the men took the same amount of protein, but this time the researchers added 1 billion CFU [colony forming units] of the probiotic bacteria Bacillus coagulans GBI-30, 6086.

Athletes get more out of proteins with probiotics
Bacillus coagulans GBO-30, 6086 is patented by Ganeden Biotech, which also sponsored the study. Ganeden markets the bacteria as GanedenBC30, which is found, among others, in MyoFusion, a protein preparation manufactured by Gaspari Nutrition.

The researchers wondered whether strength athletes could recover faster from workouts by taking a supplement containing Bacillus coagulans GBI-30, 6086.

Results
When the participants added the probiotic bacteria to their protein they reported a little more post-workout recovery and a little less muscle soreness. 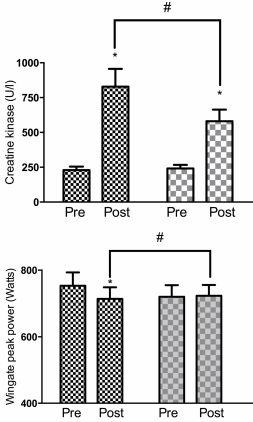 Conclusion
“The probiotic supplement tended to protect the muscle from damage and may have helped recovery of physical performance,” the researchers wrote.

“Further studies should investigate the relationship between direct and indirect (through improved protein utilization) effects of probiotic supplementation and will provide further insights into strategies to influence the gut microbiota to optimize muscle health, specifically in an aging population with impaired nutrient utilization (sarcopenia).”

Objective
Probiotics have been reported to support healthy digestive and immune function, aid in protein absorption, and decrease inflammation. Further, a trend to increase vertical jump power has been observed following co-administration of protein and probiotics in resistance-trained subjects. However, to date the potential beneficial effect of probiotics on recovery from high intensity resistance exercise have yet to be explored. Therefore, this study examined the effect of co-administration of protein and probiotics on muscle damage, recovery and performance following a damaging exercise bout.