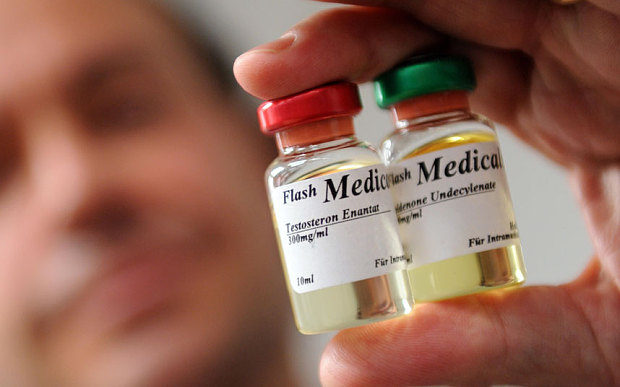 Aging is a process that is unavoidable, and people have been searching for that elixir or fountain of youth since the beginning of time. Let’s face it, people don’t like getting old. Rarely do you see anyone that truly embraces the aging process. The ongoing joke around my house is that no matter how old I get, my wife will always be 29. I get it, people want to look and feel young.

Inspired by the increasing demand to look andf feel younger, anti-aging clinics have become very common throughout the country. These clinics often focus on hormone replacement, while prescribing testosterone to many opf their clients. The testosterone will generally lead to a leaner and more muscular appearance, which is an indicator of youth.

It now appears that testosterone and other anabolic steroids may have a much greater impact on slowing or reversing the aging process than simply increasing muscle.

One of the processes with aging is progressive shortening of telomeres, DNA-protecting structures at the ends of chromosomes. Telomeres are naturally lost during cell division. Over time, after we’ve lost too many telomeres, our cells lose their ability to divide into new cells. Without new cells, body tissue can’t be rebuilt, and we age.

The theory is that humans are extremely efficient machines throughout their reproductive years, but afterward, because their evolutionary purpose has been accomplished, they begin to breakdown or age. Scientists believe this breakdown is triggered by a loss in hormones. The obvious solution would be to replace the missing hormones. We know that hormone replacement helps to correct low libido and vitality to a variety og age-related diseases like Alzheimer’s, osteoperosis, arthriris, diabetes, and cardiovascular disease. There is another characteristic of hormone replacement, testosterone replacement in particular, that makes it truly anti-aging.

Some peopl’e telomeres become shorter at a faster rate because of a hereditary genetic defect. One symptom of this defect is anaemia. The cells in the bone marrow are unable to manufacture enough blood cells because the cells age too quickly. Some doctors prescribed anabolic steroids to combat this type of anaemia. Rsearchers wondered whether the anabolic steroids had asn effect on the length of the telomeres, slowing the aging process of the cells.

Researchers used two dozen patients for an experiment. All o fthem had telomeres that decreased in legth faster than normal as a result of a genetic defect, and were unable to produce enough blood cells. The test subjects were given two doses a day of 400mg of the steroid danazol. In the two years that the subjects were given the anabolic steroid, the length of their telomeres increased. A year after the administration stopped the effect had mostly disappeared. Anabolic steroids may increase life expectancy because they delay aging.

Because the effects of nandrolone are less severe on the liver than those of danazol, it’s currently being tested to increase telomere length. Anti-aging doctors are confident that the progress being made with hormones could in fact result in a lifespan of 120 years one day. Thanks to the wonders of steroids, all those extra years wont be spent in a wheelchair or nursing home.