Are IFBB Pros Really Professionals or Are They Hobbyists? 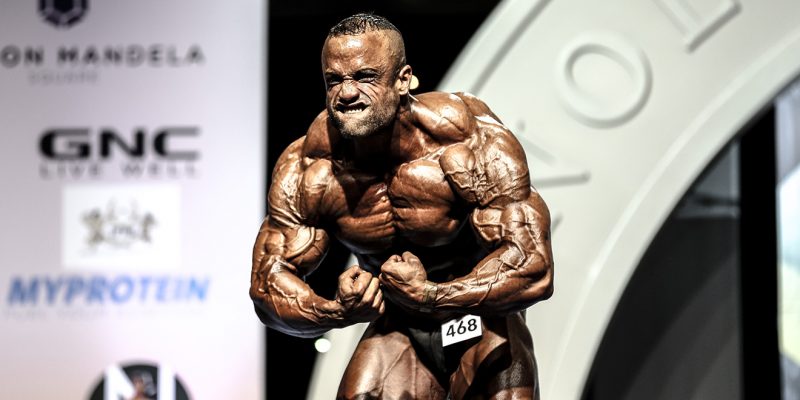 If you are in the fitness or bodybuilding industry, you know that to be considered one of the best competitors in the world, you need to become an IFBB Pro. This can be in any division ranging from bodybuilding, fitness, figure, classic physique, men’s physique, women’s physique, and bikini. But here is my question to you… Do you consider these individuals to be professionals or hobbyists? Here’s my take.

What is a professional versus a hobbyist?

Looking up the definitions in the dictionary gives a few variations. One defines a professional as “relating to or connected with a profession.” Another defines the term as “(of a person) engaged in a specified activity as one’s main paid occupation rather than as a pastime.” When it comes to the term hobbyist, the dictionary defines it as “a person who pursues a particular hobby.” You might be thinking to yourself, “well Matt, technically it appears they could fit both.” And you’re right. Here’s my thought on this when it comes to our industry.

If you are a professional, you would assume you would be paid, correct? How many bodybuilders or competitors do you see making a living off of competing in the industry? Very few, right? Only the top competitors are really making any money at all. Oh wait, I forgot to mention that some athletes have sponsorships where they get paid in free supplements (that they never use). Are you kidding me? Sure, let me use your image so I can build my brand and make money, and for your efforts, here’s some protein powder. Talk about a slap in the face.

What’s even worse, is that these competitors have to PAY in order to compete. Each year they pay for their pro card status in the IFBB. So, let me get this straight. A “professional” in a particular industry has to pay in order to be in the industry, and if they do not perform well in competitions, they could very well leave losing money by the end of the year? To me, that sounds like a gambler. You even have to pay for your travel and stay while at the event. Who pays their employer to go to work and perform if it’s their JOB? This makes no sense to me.

What should be done?

The IFBB is a professional sports league for bodybuilders and other athletes. Why isn’t it treated as such? Maybe there should be different guidelines as to how to get your pro card? While competitors devote years in the gym and through dieting, I see people on social media with IFBB in their title who I’ve never heard of in my life and have never even seen on stage. Maybe the IFBB is giving out too many pro cards these days? Maybe they need to make that card mean something or mean a little more.

And also, change the way you conduct business within the league. All competitors should get paid to be a pro assuming they are stepping on stage. Have a contract in place that all competitors must compete in a certain number of shows every year in order to keep their pro status and get paid. If they break the contract or don’t follow through on their end, they don’t get paid and they get cut. Welcome to the world of professional sports. If a football player doesn’t perform or refuses to play and sits out games, he doesn’t get paid, possibly gets fined by the organization, and could even get thrown off the team. Why can’t the IFBB treat their organization and league in a similar fashion?

The “star athletes,” who I would consider the athletes who are winning the Olympia and Arnold, should hold such titles and get paid accordingly. Enough of the winning huge sums of money for only winning the biggest shows of the year, cut the money back and spread it out among the competitors and cut the lineup of competitors who have their pro status. This would also prevent athletes from skipping out of every show except for the Olympia.

In my mind, coming “in shape” once a year does not make you a professional, it makes you a hobbyist. It also doesn’t make you a “performer” in my eyes. If you are a bodybuilder and do it because you love bodybuilding, then only competing at the Olympia is a cop out and a poor role model for other up and coming athletes. The chances of an athlete competing once a year while working their way up to the IFBB level in hopes of earning their pro card are extremely slim. So, why do we allow athletes to step on stage only once each year at the professional level? It makes no sense for the sport and is not giving the fans the experience they expect. You don’t have a Lebron James in the NBA and he tells the commissioner that he is only going to play in Game 7 of the NBA finals. This is completely ludicrous to me.

But in the grand scheme of things, who am I?

When it comes down to it, I’m just a businessman who loves the sport of bodybuilding and enjoys the industry. It’s been my life for over a decade and I see many more in the future. While I think the IFBB is doing a good job at adding divisions to open up competition, I feel there are ways they could improve the entire organization and league to make it more like a true sport. The fact that athletes have to pay to go to work each year for their pro card status is ridiculous in my eyes. Prior to starting Weik Fitness, I’ve never paid any of my previous employers so I could go work for them. That’s simply not the way things go. You don’t even have other leagues forcing athletes to pay in order to compete. MLB, NFL, NBA, NHL, UFC, MLL, MLS—all of them get paid to perform and don’t need to come out of pocket for anything. We need to make some changes to our industry. The sport itself is already confusing enough to new fans, so let’s change and restructure things. I’m sure some will say, “well not everyone can become a bodybuilder.” And they’re right. But not everyone can be a Stephen Curry either, and gets paid every time he steps on the court and has no out of pocket expenses. But again, who am I? I just question what doesn’t make sense and encourage others to think and speak openly.