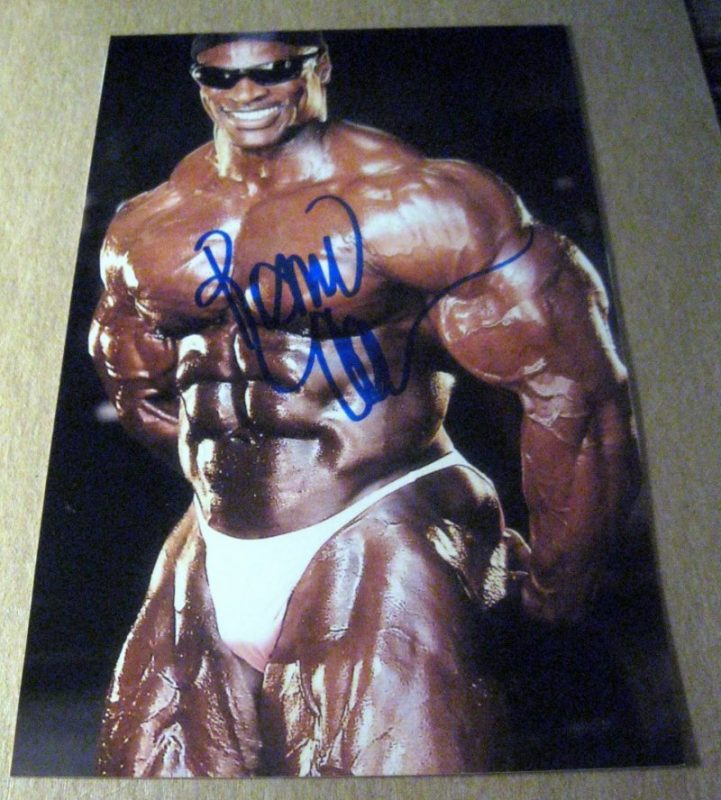 Years ago, the top bodybuilders were out & about, doing shows, seminars, expos & more. The 1980’s, 90’s, & early 2000’s had tons of top guys competing year-round. Although Dorian would often emerge only to do the Olympia and then retire to his dungeon gym across the pond, there were several top guys who would compete in the European tours, the Arnold, and even at spontaneous contests on the pro circuit. These guys included the likes of Mighty Mike Quinn, Ron Love, Berry DeMey & Phil Hill.

The next generation would see guys like Kevin Levrone, Shawn Ray, Chris Cormier & Paul Dillett do the same, followed by Jay Cutler, Gustavo Badell, & Victor Martinez. The current Top 3 / Top 5 are hardly, if ever, seen competing anywhere but the Olympia. As it stands today, anyone who makes the Olympia Top 5, is re-qualified for the following year, and this has led many of the top-tier competitors not to compete elsewhere. The fans want to see their favorite bodybuilders do battle, the federation wants to grow the sport and appease the fans, but there are other considerations that may take precedent, maintaining the status quo.

Bodybuilding fans today are far more spoiled than in the pre-digital age. They’re accustomed to seeing real-time photos and videos from the big shows. In that sense, they have it better than the fans of old, who had to wait weeks for the magazines to come out. The fans of old, on the other hand, had the chance to see the competitors come to their town. In fact, many of the smaller European countries had the chance to see the Top 10, even the Top 5 bodybuilders in the world, on tour. When these athletes visited, they were treated like rock stars, enjoying limousines, posh hotels, and lavish post-contest meals. Today, most of these competitors are only seen (via the internet) from the Mr. Olympia. If the fans abroad are lucky, the top stars may guest pose in their countries; however, no where near contest shape. Other folks may not even be so lucky. They may see the competitors working booths, expos, or possibly giving overpriced seminars like Kai Greene very nobly just did in India. Is that fair to the fans who could directly grow the sport by buying contest tickets, buying the supplements, and buying the accessories? I don’t know, you decide. 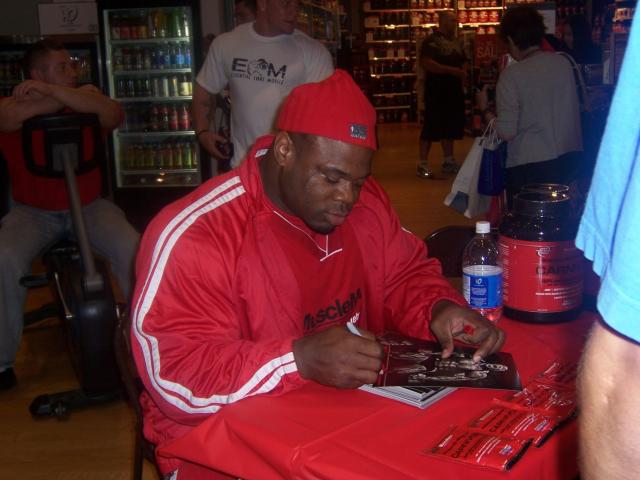 Many people, particularly those who don’t know any better, would like to blame the IFBB and the promoters for the sport’s current woes. The reality is, promoters want the big names at their shows, because they need to make all their hard work pay off. If shows have lackluster lineups, who’s going to want to go to that? If shows with lackluster lineups can’t get or can’t afford a big name guest poser, all of these things start to compound and hurt the promoter’s chances of making any money. Contrary to what some may believe, breaking even is not a desirable end-result for a businessperson. Further, if a show won’t sell a lot of tickets, it’s also unlikely to warrant supplement companies wanting to advertise with it or even want their sponsored athletes competing in the contest. Also, if the best athletes aren’t in the mix, chances are, the media won’t want to cover it. Needless to say, a lot of promoters are hurting right now because of the current situation. Further, if the promoters are hurting, the federation isn’t growing. Everyone wants to see Phil, Shawn, Dexter & Big Ramy compete at the Mr. Maple Street, but save for forcing them to compete (which is unconscionable), there really is no way to fix the current dilemma, unless the rules would be changed. And yet another factor that many people overlook, is the fact that the IFBB is a federation, comprised of councils and officials. Rules cannot simply be changed, especially not arbitrarily and especially not on a whim. The question is, does the urgency of this matter rise to the level where rules of re-qualification should be changed?

Here’s the deal, and without any disrespect to the current top athletes of today, even if the rules were changed, there’s no guarantee that they could go with the flow. When you have athletes that are accustomed to only peaking once per year, it could literally spell disaster, if all of a sudden they had to compete like the guys from the 80’s & 90’s. Many top competitors today, need only look at Ronnie Coleman’s near-sabotage experience. The Big Nasty was the last reigning champion who’s peaked twice in a year and won at the Olympia. Coleman’s “win” at the 2001 Olympia was achieved only by the skin off his teeth – as many will recall, he lost the prejudging to Cutler and somehow was able to hold the title by coming back in the night show. In 2008, Jackson won the Arnold and then went on to win his first and only Sandow, but only because Cutler was injured and noticeably off.

No Mr. Olympia today, much less one on the path of breaking every single record before him (e.g. Phil Heath), will compete anywhere but at the Orleans Arena every September. The other two guys in the Top 3 won’t want to change their strategic spots either, even if it means a lucrative payday in Columbus. The other two Top 5 guys, both want to be in the Top 3, and seeing as they’re re-qualified anyways, they’ll focus on guest posing dates, seminars, and racking up sponsorships, but the LAST thing they’d want to do is compete anywhere else, b/c that might jeopardize their chances at the next year’s O. The guys in spots 5-10 are forced to qualify, but many of them don’t want to chance qualifying through points, so they’ll likely want to qualify during the first few months of the season. That leaves a few months right before the Olympia for guys outside the Olympia Top 10 to battle with what’s left (many guys who have never & will probably never step on an Olympia stage). The fans want to see the best guys, but most of them have already long been qualified, they’re hunkered down, and Olympia prep has long been underway for them by this point. Those top guys thought ahead, so they wouldn’t be battling at the 11th hour for a spot; they shouldn’t be forced to lose prep time, should they? 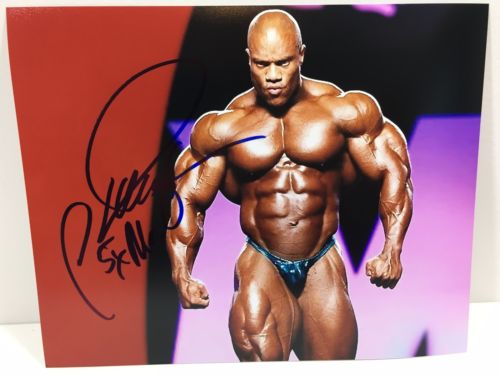 Now, putting all things on the table, even if you went to the weakest lineup IFBB show conceivable, it’s still going to blow any rival pro federation’s shows out of the water. The IFBB has the absolute best athletes – bar none. However, bodybuilding isn’t just about the best physiques anymore. There’s an undeniable entertainment value that needs to be addressed. This is why the top guys need to be seen, competing on stage. There are tons upon tons of Pro’s that most fans simply don’t know anything about. While they have stellar physiques, it’s just not enough to get the fans engaged.

So, it would seem that the rules should change, but not so fast! If the quality of the physiques at the Mr. Olympia is compromised, then that means the show is compromised. The Mr. O has been correctly called the “superbowl of bodybuilding,” so therefore, it should be our #1 priority. Changing rules mid-way through some of the career’s of today’s best, would only wreak havoc among the top of the ranks. So what I’d propose is a gradual change, over time, where the rules of automatic re-qualification would be reserved only for the Mr. Olympia and the runner-up, meaning that places 3-5 would have to compete. I would also propose some sort of rule where competing overseas was encouraged. This wouldn’t just be for American athletes competing overseas, but for any athlete. So if a British IFBB Pro wanted to qualify in an Irish, Canadian, or Spanish contest, that would be rewarded somehow.

Based on the current point system, only Top 5 placings receive points which can be used towards the Mr. Olympia. If approved, athletes competing abroad, could earn an extra point for placings 2nd – 5th and all competitors competing overseas receiving 6th place could be placed in a wild card lottery – where a winner would be selected at random. Five winners could be picked. If the first to win can’t go, it would go the second, third, fourth & fifth drawing winners, until one athlete accepted the offer. This would only be done for bodybuilding, which is the flagship division and the one where, quite frankly, the best of the best are simply not competing but once a year. There’s really a limitless pool of ideas and proposed rules that could bolster change, if the urgency is there. The question is, is it?

In the end, we should be very grateful for our social media, lighting fast contest coverage, and all that technology offers us. On the other hand, bodybuilding fans in the 80’s and 90’s also had it really good, maybe even better than we do. Should the current way of doing things be changed, who knows?