Adrafinil is a drug originally developed to improve attention, mood, and (primarily) wakefulness. As you might expect, those are mental attributes that most people would like to have more of – but especially nootropic enthusiasts, who seek to improve brain function through pharmaceutical means. Adrafinil is also considered a mild stimulant, although I’m far more comfortable with the previously stated verbiage of “improving wakefulness” rather than saying it’s an actual stimulant. Frankly it just what people generally mean when they talk about stimulants – i.e. a rapid onset of effects and an unmistakable “feel” of being stimulated (think caffeine). It’s also not as potent of a stimulant as modafinil or any of the more common preworkout chemicals. But as with other nootropics (piracetam, etc…) it has found it’s way into the hands of both athletes and bodybuilders.

In fact, in much of the nootropic crowd, adrafinil is considered mainly a prodrug to modafinil [Link to my modafinil article here], or modafinil’s little brother. But in fact, adrafinil was discovered in 1974, and it wasn’t until two years later that modafinil was identified and isolated as the primary active metabolite. In other words, adrafinil is the substrate (starting material) from which modafinil (the metabolite) is created within the body. As a result, adrafinil (under the trade name Olmifon) was on the market by 1984, two years before modafinil. However, as of 2011, adrafinil was discontinued by the company who originally brought it to the market (although they still offer modafinil).

However, while modafinil is a Schedule IV drug in the United States, adrafinil remains unscheduled and widely available online. As a result, while the former might be the first choice for many, the latter is far easier to obtain. To be sure, adrafinil is less potent than modafinil, but it would be a mistake to believe that adrafinil is not worthwhile in it’s own right, notwithstanding its reputation of being modafinil’s little brother.

Initially it was assumed that adrafinil was simply a α1-adrenergic receptor agonists. This was primarily an inductive (not deductive) conclusion reached as a result of α1-adrenergic receptor antagonists blocking the effect of adrafinil. However, there is otherwise limited evidence to support this theory. I’m not convinced that it has zero activity at this receptor, but far more robust data indicates that it is an atypical blocker of the dopamine transporter and a dopamine reuptake inhibitor (albeit with weak action and “feel” compared to many others in the same category). and this action may explain some or all of its pharmacological effects, similarly to modafinil (which again, is a metabolite of adrafinil and which itself is the substrate for modafinil acid and modafinil sulfone). 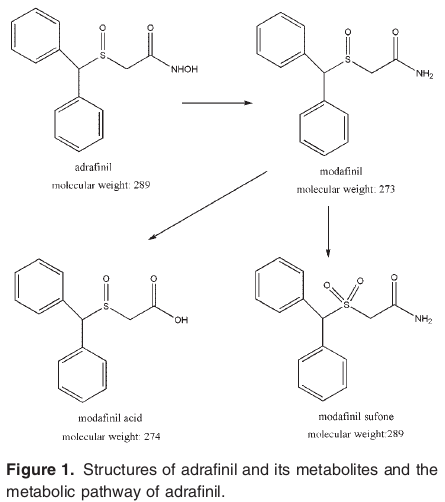 Adrafinil has a very brief biological half life (one hour) but when it converts to modafinil in the body, that metabolite has a 12-15 hour half life. So the effects of multiple doses will ultimately build up in the body – an important fact when we are talking about a drug that’s 80% bioavailable and primarily metabolized by the liver. Some experienced users claim that a 3x/week or every other day strategy works best, with a divided dose of 300-600mgs taken upon waking and again at noon. Personally, I think based on the studies I’ve seen, I believe that ideal dosing may fall into that range, but I’d probably want to have a more consistent blood level and opt for 600mgs upon waking and 300mgs at noon, daily, for no more than 2-3 months (depending on bloodwork and liver function). 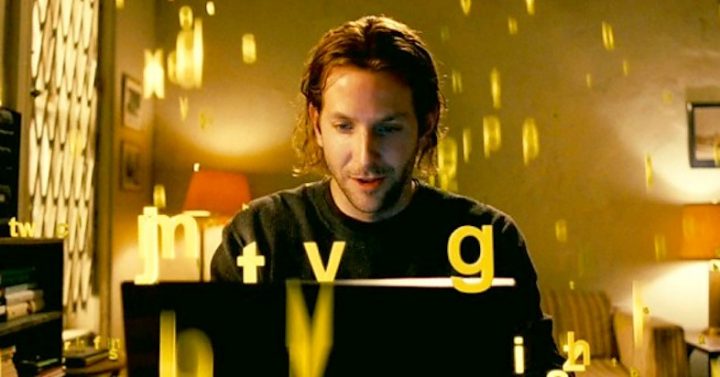 Remember though, adrafinil is banned by the World Anti-Doping Agency, and is easily detected. So while I know my fair share of athletes and bodybuilders who use the stuff, it’s not an option if you’re competing in drug-tested sports.

Newer Post
Is Bodybuilding Losing its Luster due to the Olympia Qualification System?
Older Post
Magic Weight Loss Pill: What Would It Actually Change?