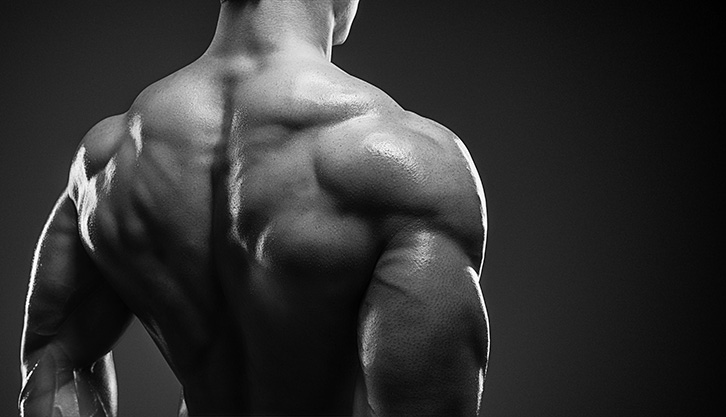 Dianabol is a steroid that has an interesting and very debatable history. There are several different stories of how the creation of Dianabol came about. It is believed that Dr. John Ziegler had a hand in the creation of Dianabol. The fact is Dianabol was first synthesized by organic chemists working for CIBA Pharmaceuticals in Switzerland. The following steroid hormone chemists all share credit for the invention of Dianabol: Albert Wettstein, Alfred Hunger, Charles Meystre, Ludwig Ehmann, Ernst Vischer, Hans Peter Frey, and Walter Voser. Dr. Ziegler did not collaborate with these chemists in Switzerland during the creation if Dianabol. In fact, Ziegler was half way around the world when Dianabol was first synthesized. Ziegler, often referred to as the “Godfather of Steroids”, did play a significant role in the history of steroid use in the United States.

He was the first person to introduce Dianabol to weightlifters and other competitive athletes. Ziegler had access to the CIBA facility located in New Jersey during the 1950’s. He had already been administering testosterone propionate and methyltestosterone when CIBA reportedly asked Dr. Ziegler to administer Dianabol to Olympic weightlifters training at York Barbell in 1959. He prescribed 10 milligrams of Dianabol per day to a handful of weightlifters. This low dose of Dianabol, by today’s standards, produced such promising results, it became increasingly difficult for Ziegler and others to keep Dianabol’s effects a secret. From 1962 on, the use of Dianabol spread among competitors in most sports where strength and size played a factor in success. Some of the first football players to take advantage of Dianabol’s performance-enhancing effects belonged to the University of Oklahoma and the San Diego Chargers. After much pressure from the FDA, CIBA would halt Dianabol production in 1983. The FDA would revoke Dianabol’s approval entirely just two years later. Non-medical use was outlawed, along with many other anabolic steroids, under the Anabolic Steroid Control Act of 1990.

Dianabol, known under it’s chemical name as methandienone or methandrostenolone, would resurface under names such as Anabol, Naposim, and Nerobol. Dianabol would become one of the most popular and commonly used oral steroids of all time. Structurally, Dianabol is a 17 alpha- alkylated oral steroid. This does make this steroid liver toxic, but the toxicity from Dianabol could be a bit overstated. Studies have shown that regardless of dose, Dianabol produces changes in enzymatic activity, leading to hypertrophy of hepatocytes. This indicated to researchers that Dianabol is toxic to the liver. However, another study tells a different story. Nerobol (Russian Dianabol), was found to favor normal liver function, contradicting earlier evidence. In no way should anyone conclude that Dianabol is completely safe for the liver, but it would be reasonable to believe Dianabol is not nearly as liver toxic as some have made out. 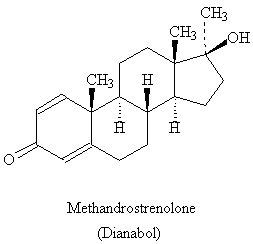 Dianabol has been shown to increase anaerobic glycolysis, which increases the build up of lactic acid in the body. Lactic acid is used by the muscles to form glycogen, which then provides energy in anaerobic metabolism. The increased glycogen stored in and around muscle tissue gives off a fuller, more muscular appearance, and it’s responsible for enhanced muscular pumps that Dianabol has become famous for. These pumps are so profound, it can be almost painful at times. The pumps that are associated with Dianabol are only temporary, and most bodybuilders will agree that the pain or uncomfortable feeling that comes from these extreme pumps is well worth it due to the increased muscular appearance it exerts.

Dianabol is known for causing water retention. This is due to the effects this steroid has on the body’s mineral balance, in particular the sodium/potassium balance. Dianabol is also known to have estrogenic side-effects, which also leads to water retention. This can be controlled by an anti-estrogen such as tamoxifen or an aromatase inhibitor such as anastrozole. Dianabol has the effect of decreasing the steroid’s affinity for sex hormone binding globulin, a protein that deactivates steroid molecules, preventing them from further reactions with the body. Because of this, it’s much more active than an equal amount of testosterone, resulting in rapid growth of muscle tissue.

Dianabol has long been considered a bulking steroid. This is due to it’s ability to quickly increase size and strength for the most part, but partly because of it’s known ability to thrown off water balance.

Side-effects such as gynocomastia, high blood pressure, male pattern baldness, and acne can begin to occur with this steroid. These side-effects are usually dose dependent. Rarely do any of these side-effects occur when Dianabol is kept under 25mg per day. Some bodybuilders have been known to take a low dose of Dianabol while dieting for a contest. By doing this, they are able to keep some muscle fullness, which sometimes dissipates when calories are restricted.

Dianabol has shown to exhibit benefits that go well beyond that of increasing muscle mass and strength. A study on osteoporosis showed that at a dosage of just 2.5mg per day for 9 months, Dianabol was more effective than calcium supplementation in reducing osteoperosis.Another study showed that Dianabol increased total body calcium and potassium. Another study showed that Dianabol increases the sensitivity of laryngeal tumor cells to radiotherapy. It was concluded that this steroid is recommended to be used during radiotherapy of patients with laryngeal cancer.

Dianabol can be used as a stand alone and be taken by itself, or it can be used with an injectable steroid such as testosterone cypionate or boldenone. It’s never recommended to take Dianabol with another 17 alpha-alkylated oral steroid. Dosage of Dianabol can range anywhere from 20-150mg per day, and its usually taken for 4-10 week durations. The lower the dose, the longer it can be taken without noticeable side-effects. Dianabol is a very potent steroid that can generate very dramatic gains at a dose ranging from 20-40mg per day. It’s not uncommon though to see people today pushing the dose well past the 100mg mark, but we need to remember that bodybuilders and powerlifters were benefiting from just 10mg of this steroid per day in the late 50’s and early 60’s. The half-life of Dianabol is roughly 5 hours, and a dosing schedule should be designed with this in mind.

Dianabol is a very versatile steroid. It’s great for size and strength, and it can also be used during periods of calorie restriction. Changes in size and strength are often noticeable within the first few days of taking this steroid, which makes Dianabol an attractive choice for most bodybuilders and athletes. After almost 60 years, Dianabol has remained one of the most popular and effective anabolic steroids in existence.