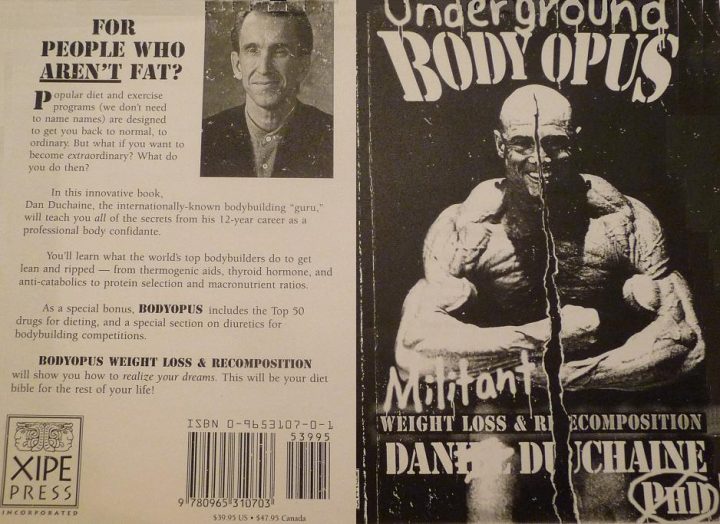 Dan Duchaine is a name that many attached to the bodybuilding industry don’t know much about today. To me, that is sad, because in many ways, this industry would not be where it’s at without Dan. Many take the information that they read about steroids and other performance enhancing drugs for granted, but in reality, Duchaine helped to catapult the bodybuilding sector from the stone age to where it is today, in regards to these drugs.

The more that I think about it, the more that I believe that Dan would be agitated with how steroids and other bodybuilding drugs are written about and talked about today. The thing is, Duchaine had a mind that wasn’t understood by most. He was very calculated, and thorough in his research. I believe that is why many respected and trusted his word during his time. Keep in mind that when Duchaine was doing his research, there were no Internet. He had to sit in a library and thumb through book after book in search of something that could benefit a bodybuilder.

I’ve never had the pleasure of meeting Dan Duchaine in person, but like many, I am one that had plenty of questions to ask. He was a fountain of information, and during his time, it was information that was unknown. There is a reason that Dan Duchaine was called the “Original Steroid Guru”. I truly believe that he earned and deserves this label. Whether he wanted it or not, is unknown to me. I do know that he enjoyed the bodybuilding world, and he enjoyed helping athletes reach the top of their game. At the time, working with athletes or bodybuilders wasn’t a lucrative business. It’s not something that you could make a living solely on as you could today. What disturbs me and other people that knew Dan, and followed his work closely, is that people have made money off his coattails without referencing his name.

Duchaine began bodybuilding in his home state of Maine in 1977. After not making much progress, he convinced his physician to prescribe him anabolic steroids as a training aid. Even with the use of anabolic steroids, he didn’t fare well as a competitive bodybuilder. When doctors and pharmacists couldn’t answer his questions as to why he wasn’t responding well to the steroids he’d been given. He decided to research steroids on his own. He moved to Los Angeles in 1978, and he would eventually become a major part of a steroid lab in Mexico when he co-founded Laboratories Milano in Tijuana. This was the largest black market steroid manufacturing plant in Mexico during this time. Duchaine would continue his research on anabolic steroids and other bodybuilding drugs. He would go onto write The Underground Steroid handbook with friend Mike Zumpano in 1981. This 18-page book outlined various bodybuilding drugs, what they should cost, what they look like, where to get them, and how much to take. Ads were placed in various magazines and they sold 50,000 copies. This was groundbreaking for bodybuilders at the time, because it was the first steroid guide of its kind that could be referenced by bodybuilders. Prior to this book, bodybuilders learned how to take steroids from other bodybuilders, sometimes a doctor, or a medical reference book, which generally had dosages that were targeted to treat anemia or muscle wasting, and not for bodybuilders. The Underground Steroid Handbook took the guesswork out of how to take certain drugs, and it brought to light many drugs that most never knew had a place in bodybuilding. 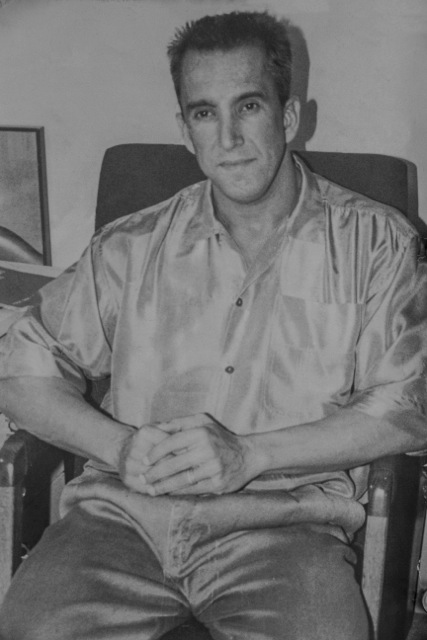 Duchaine is known for his vast knowledge of not only anabolic steroids, but countless other bodybuilding drugs. During his research, he was known to test anabolic steroids and other drugs on himself, and many other willing bodybuilders that were in his circle. By doing this, he was able to pinpoint the most effective doses of particular compounds. He was also able to determine which drugs were truly effective for bodybuilding purposes and which ones were not. While it’s one of the more dangerous drugs to use, he did bring DNP into the bodybuilding world. A compound that had been virtually forgotten about since its clinical trial at Stanford University in the 1930’s. In depth steroid knowledge was in early stages when Dan Duchaine first came onto the scene. He originally discounted the benefits of HGH when writing the first Underground Steroid Handbook, saying that it really showed little to no benefit for athletes. This was during a time when HGH was so very expensive and so heavily counterfeited, that there weren’t many bodybuilders taking it at a proper dose to see any benefits at all. Duchaine would later change his view on HGH. His popularity among the bodybuilding world began to soar, and he would go onto work for Bill Phillips’ Muscle Media 2000 magazine writing a monthly column called “Ask the Guru”.

In 1987, the federal government started to keep their eye on Duchaine and his involvement in his steroid operation ring in Mexico. It was reported that he was deeply involved in a steroid manufacturing ring in Tijuana, Mexico alongside former Olympic track medalist David Jenkins. They were accused of having steroids manufactured in Mexico, and then smuggling them across the border at San Ysidro. Before his indictment, Duchaine was on the phone with steroid smuggler, William Dillon. Dillon expressed his concern during the call about his fear of a crackdown from law enforcement. Duchaine went on to tell him that he had no reason to worry. Duchaine had no idea that Dillon was cooperating and had allowed the federal government to tape the phone call. Dillion allowed Duchaine to openly discuss details about their smuggling business and methods used to get the steroids into the United States. This piece of evidence proved to be valuable for the government, and two weeks later, Dillon and Duchaine, along with 34 other people, were indicted for their connection with the steroid smuggling ring. Duchaine would go onto serve 10 months in federal prison for his part in the organization.

After being released, Duchaine decided to take another route. While still on federal supervised release in 1991, he began working with a friend that was selling GHB. This was well before GHB was a controlled drug, but it was still a target by the federal government. One of his customers was an undercover agent for the FDA, and Duchaine would be convicted a second time in federal court. Only this time, he would receive a much stiffer sentence, with 36 months.

Dan Duchaine went onto write several other very popular books and articles, including Bodyopus, and the Dirty Dieting Newsletter. He would also formulate the first true preworkout powder in the 90’s called Ultimate Orange. Duchaine had a much more in depth understanding of how supplements and drugs worked for the bodybuilder than anyone else during his era. He had a huge understanding of how insulin, thyroid drugs, and other compounds worked to enhance a bodybuilder’s physique well before most. He brought compounds to the table that probably would never have been used by bodybuilders. He had a very broad understanding of many peptides in 1997 that are now becoming mainstream today. Duchaine may have not been a good bodybuilder himself, but there is no doubt that he helped revolutionize bodybuilding as a whole. Unfortunately, he died of complications resulting from polycystic kidney disease in 2000. If he still was around, there is no telling how advanced steroid and PED use would be. Duchaine was well ahead of his time, and that is why, he should always be labeled as “The Original Steroid Guru”.

Duchaine and steroids
Duchaine began competitive bodybuilding in his home state of Maine in 1977; however, after he had no luck (describing himself as a “miserable bodybuilder”), he began using anabolic steroids that he persuaded his family physician in Portland to prescribe as a training aid. However, after beginning their use he said “I still wasn’t very good. Obviously something wasn’t working, and the doctors and the pharmacists couldn’t really answer my questions. So I started looking into steroids on my own.” This was the start of the quest for knowledge that would eventually land him the title of “Guru” on the subject. He moved to Los Angeles in 1978.

Duchaine initially claimed that he would not sell steroids because he didn’t know where to get them. But after a messy divorce from his first wife left him broke, he met a supplier and began selling. He started by undercutting the local dealers, then moved into wholesale. Eventually, he became part of a major trafficking ring from Mexico, and co-founded Laboratories Milano in Tijuana, which was the largest black market steroid manufacturing plant in Mexico at the time.[citation needed]

In mid-1987, Duchaine was caught and indicted on conspiracy and mislabeling charges. He pleaded guilty to the two counts and was sentenced to a maximum of three years in federal prison with five years of probation by Judge J. Lawrence Irving of San Diego Federal Court.

In November 1988 Duchaine was profiled by The New York Times on its front page as part of an Olympics-inspired series on steroids in sports.

Duchaine was released after ten months. In 1991, while still on probation he met up with a friend who was selling gamma-hydroxybutyrate (commonly known as GHB) and began working with him. One of their customers, however, was an undercover Food and Drug Administration (FDA) agent, and Duchaine was convicted a second time and sentenced to 36 months in prison. While in prison, he says he learned to make money through “legitimate avenues”.

In 1988, Duchaine introduced Clenbuterol to bodybuilders. Duchaine is also credited with introducing 2,4-dinitrophenol (DNP) into bodybuilding through an interview on one of ten cassettes included with bodybuilding magazine Muscle Media 2000.

In 2007 Duchaine was featured prominently in the book Steroid Nation by ESPN writer Shaun Assael.

Writing career
First published in 1981, The Underground Steroid Handbook was an 18-page pamphlet which focused on bodybuilders who used the drugs for competition, defines the different types of steroids and explains what they look like, what they should cost, where to get them and how to use them. After placing ads in fitness and martial-arts magazines, as well as Soldier of Fortune, he printed and sold between 40,000 and 50,000 copies of the Underground Steroid Handbook at $6 a copy, over a four-year period. In 1988 Robert Voy, the chief medical officer of the United States Olympic Committee called it “a fabulous pharmacological text.” The New York Times reported that both Voy and Don Catlin of UCLA, who did most of the drug tests for the United States Olympic Committee and the National Collegiate Athletic Association in the 1980s had the book in their files.

In 1992 after being released from prison for a second time Duchaine began working for Bill Phillips’ Muscle Media 2000 magazine writing a monthly Q&A column called “Ask the Guru”. By this time Duchaine had published several books in his Underground Steroid Handbook series (co-authored with Michael Zumpano), and referred to himself as a Human Performance Theorist.

Death
Duchaine was found dead on January 12, 2000 by his close friend Shelley Hominuk in his apartment in Carlsbad, California. Cause of death was complications resulting from polycystic kidney disease.