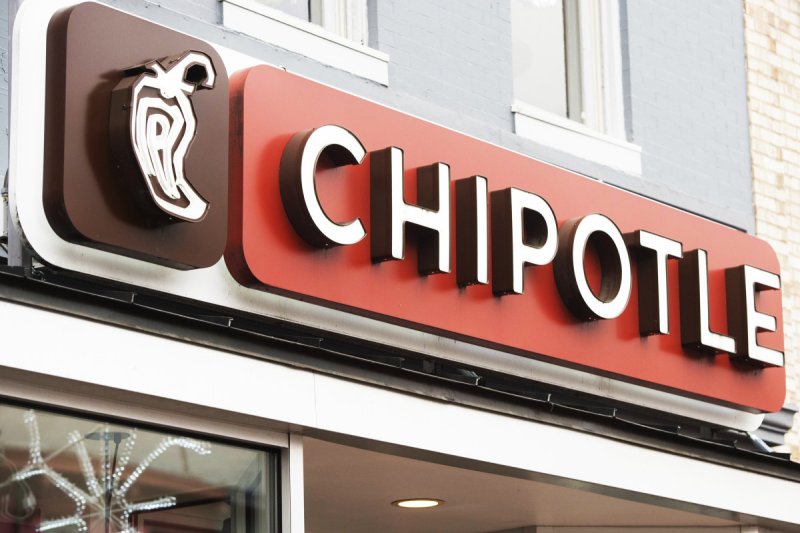 When it comes to places that bodybuilders like to frequent, one of them just happens to be Chipotle. And if you know me, you know that I could eat at Chipotle every day for just about every meal—I love their food. I’ve even included them in some of my published articles that talk about healthy ways to eat when you’re away from home. However, Chipotle is back in the news with another outbreak that is causing consumers to run for the hill and causing me to rethink my positioning and recommending them as a place to eat when on the go.

Below, we are playing a game of baseball, and we’ve even tightened the strike zone to make it harder to get sent back to the bench from a strikeout. However, even when we lump many incidents together, they’re still taking a walk of shame back to the dugout. Chipotle may have been swinging for the fences, but right now they are about as bad as my Philadelphia Phillies.

When Chipotle first hit the scene, fitness enthusiasts and bodybuilders alike shouted at the top of their lungs, “TAKE MY MONEY!” Fresh ingredients, made the way you wanted, with all the healthy toppings you can imagine. Whether it was steak, chicken, or whatever protein source you chose (or veggie), you had the ability to customize it however you wanted.

Back in 2015 Chipotle found themselves dealing with an E. coli outbreak that spanned across nine states. Around 53 people became sick from eating at the Mexican grill. Their branding has always been “food with integrity.” This left people feeling a little ill just at the thought of an E. coli outbreak at a place they frequent. Chipotle closed their locations and touted the issue stemmed from suppliers and equipment, not from anything they did in the locations themselves. This might actually be true, considering it was a state-wide problem. Nonetheless, that doesn’t make the situation any easier from a consumer standpoint. They vowed to get everything cleaned, sanitized, and figured out before they open the doors back up for business.

Unfortunately, Chipotle found themselves in more trouble when even more cases of E. coli started popping up over several different months. And for those of you who don’t know, E. coli is spread through feces—both animal and human. Hungry? Probably not at this point. And, we’re only on strike one.

Also in 2015, norovirus (which is highly contagious), fell upon a location in California infecting around 234 employees and customers. This stemmed from one employee who had norovirus coming to work and essentially giving it to everyone around them as well as the customers. This was a downward spiral to follow. Again, in other months in 2015 Chipotle was struck by norovirus, sending more people to the hospital. Some of you might remember hearing that half of the Boston College men’s basketball team caught the virus from a team meal at Chipotle. The norovirus spanned across several months and several states before it seemed to finally disappear (at least for a little while).

The Mexican grill was hit AGAIN in 2016 with norovirus and had locations closed to be fully cleaned. This was the month after Chipotle made public their huge plans to push food safety. The timing couldn’t have been any worse for the restaurant. Just when they were hoping to regain some respect and dignity, they get punched in the mouth again with another norovirus outbreak.

I’m trying to buy them some time here so they don’t strike out, but I don’t think it’s doing them any good at this stage. As if things couldn’t get any worse in 2015, Chipotle was hit two separate times with salmonella-tainted tomatoes in Minnesota. If the CDC (Center for Disease Control) didn’t have Chipotle on speed-dial just yet, you can be sure that after yet another incident it was. Again, locations were closed to take care of the issue and they needed to source new tomatoes that wouldn’t make people sick.

In 2015, Chipotle ended up dropping their carnitas supplier after finding out they were treating their pigs inhumanely. This wasn’t a simple fix either. Locations across the United States were without pork as a protein option for months before the restaurant was able to source a new supplier and get pork back into their locations. This created another wave of consumers leaving for greener pastures and vowing to never return to their restaurant.

There was a lull in the action during 2016 and it seemed as if Chipotle got their act together and was finally getting everything in place with their quality control, sourcing, sanitation, etc. However, again, Chipotle is in the news for yet another norovirus outbreak in July 2017 in the state of Virginia. Between the norovirus, E. coli, animal cruelty, and salmonella, it makes me question if Chipotle is a place I would recommend or even return to myself.

To be completely honest, this has been extremely difficult for me to watch over the last couple of years. I’ve been a fan of Chipotle since we got them in the area of Pennsylvania where I live. I loved the fresh ingredients, good quality lean protein (which you could order double meat), and fast service. But, if I now risk getting a side of illness with my burrito bowl, I might be forced to pass.

Whether or not you decide to continue supporting Chipotle or not is your own personal decision. I have a lot of thinking to do if I plan on continuing to be a patron or not. We all know there are many other places that bodybuilders love to frequent. I hope Chipotle can get their business figured out and I do wish them luck. If they can’t get things under control, I don’t see them being around another two or three years.