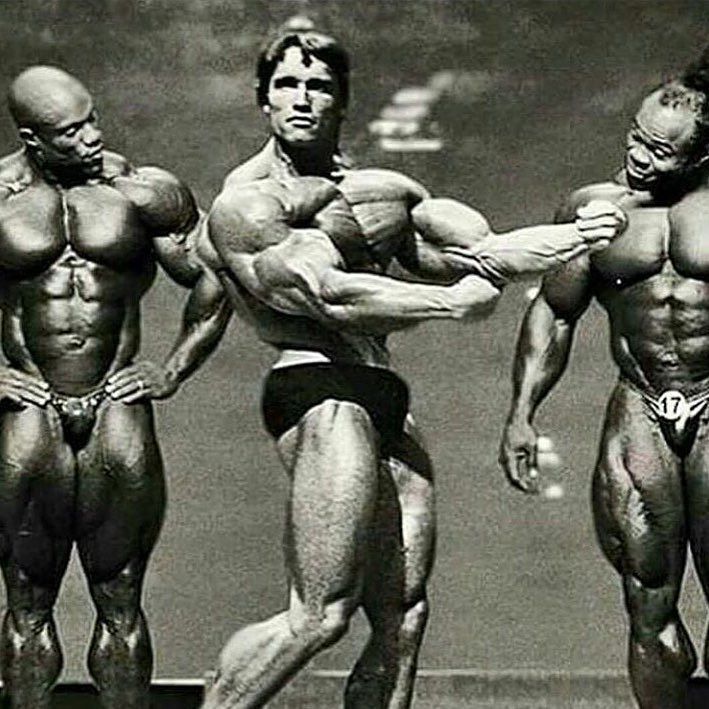 What is it about the sport of bodybuilding that we all love that just can’t seem to make it mainstream? Why aren’t more people engaged in the bodybuilding scene? Is there something the sport is missing that is creating this disconnect from every other sport that’s out there? Actually, I think there is. And below are my 6 reasons I feel there’s a complete disconnect.

Do we really need to even go over this one? Of course, there are many professional athletes in the NFL, NBA, MLB, MMA, NHL, etc. (heck, look at the PGA and Tiger Woods) who use performance enhancing drugs—yet most people consider bodybuilding the most abusive. While they may be correct, if you look at the overall number of professional athletes using drugs (at least those who get caught), in the grand scheme of things, the total number of bodybuilders is low compared to athletes in other professional organizations as there are way more of them out there. The number of bodybuilders competing doesn’t even compare to the number of football, baseball, or basketball players.

Bodybuilders might be using more specialized drugs that deal with testosterone and muscle growth, but again, other athletes are still using steroids and other drugs to help improve their recovery. It’s literally all the same since a drug is a drug and is treated as such. People just perceive bodybuilders to be worse since you can see a drastic difference in musculature when compared to mainstream athletes we are used to seeing on television.

Most sports these days are very objective. There are point systems in place that you can see at any point during the game or match to understand who is winning and who is losing. In bodybuilding, you don’t see the scorecards until after the show, and even then, you need to do some digging online to find them. When judging years ago, it was fairly easy to tell who was top five based on where they position the competitors on stage. Generally, the person who they feel has the best look and the person they believe is the winner is generally in the middle with the second and third place competitors on either side of him. However, now, the head judge if they already know who the winner is can put the person they think will win off to the side of the competitors or tell him to step back out of the line. They even move people around several times which makes you wonder where people are going to fall at the end of the show.

The judges also have to compare everyone’s physique and give them a score. Different judges might see different things about a competitor’s physique and score them drastically different. That sometimes causes controversy at the end of a show. Personally, I wouldn’t want to be a judge. With so many competitors up on stage, I’m not sure how you can eyeball them all and figure out who places where in the small amount of time they have to look at everyone’s physique.

Let’s face it, our industry is not mainstream at all. Even though health and fitness is something very mainstream, the bodybuilding world is extreme in the eyes of the general public and not one that many people find pleasing to the eyeballs. Not many women outside the industry find bodybuilders attractive and consider them panty droppers. Bodybuilding is a pretty extreme lifestyle to say the least.

Also, when you think about it, there are way fewer competitors jumping on stage when compared to football, basketball, baseball, and soccer players that are professionals and those looking to hopefully one day turn pro. Even college and high school athletics has a bigger fan-base than bodybuilding. Most spectators would rather watch teams going at it than guys in tiny trunks lathered up in oil under some bright lights. It’s not for everyone.

While I sometimes ask myself why I like the sport, it comes back to the appreciate and dedication to the craft of bodybuilding. Not many people truly understand the things these competitors go through in order to look like that on stage. I believe for that reason alone they are disinterested. It’s hard to be interested in something if you yourself can’t relate on some level.

Have you ever seen a commercial on television for the Mr. Olympia contest? The Super Bowel of the bodybuilding world? No? Me neither. How many times have you seen commercials for NFL games on Sunday or basketball on during week nights? A lot, right? There’s more money to be made in those kinds of sports. The only thing keeping bodybuilding competitions alive are the supplement companies paying all that money for sponsorships and to be at the expos. Take out the supplement companies and the prize money would dry up, the venues would be smaller, and less people would probably be in attendance.

If it weren’t for podcast shows like Central Bodybuilding Radio, some people might not even be aware that there are bodybuilding shows going on pretty regularly around the United States. NFL, NBA, MLB, they all have deep pocket owners and investors who can dump money into promoting a team. No one is out there other than the supplement companies trying to get these bodybuilders names out there to help sell their products and create an interest in the sport. Other than that, no one would even know who some of these athletes are if they aren’t winning shows throughout the year.

5.) Lack of interest in bodybuilding competitors

Most people don’t get the point of why people want to stand up on stage basically naked. They wonder how that is considered a sport. They can’t relate to any of the competitors since they themselves have never been into bodybuilding. It’s not like bodybuilding is a high school or collegiate sport that your dad can say “back when I was in school, I was the best bodybuilder in Pennsylvania.” No one is going to say that because it doesn’t exist, not even in recreational leagues. There’s no “pick-up games” of bodybuilding after school. To kids these days, bodybuilding doesn’t exist—it’s not even on their radar.

6.) Bodybuilding is not on television

No one other than our little niche would be willing to turn on the television and watch a bodybuilding competition. There’s not much excitement to them. It’s a bunch of muscular dudes all oiled up posing on a stage. You hear that? It’s the sound of people snoring on their couch. Heck, even the World’s Strongest Man or the CrossFit Games are more exciting than watching bodybuilding. There are no home runs. No slam dunks. No long hail mary catches with zero seconds left on the clock to win the game. But we all love the sport because we can relate and appreciate what the competitors are going through. Think watching bass fishing on television is fun? No. Well, it’s on television while bodybuilding isn’t. Even fishing has more excitement when the reel in a big catch. The World Series of Poker is even on ESPN! You get my drift?

Would having bodybuilding on television help the sport? In my opinion, no. We live in a nation where more than 60% of the population is overweight—and they aren’t concerned about it. You think someone wants to sit down and watch some of the most fit individuals on the planet go toe to toe? Why don’t you put the Victoria Secret show on every channel and have skinny women prance around the runway weighing 100 pounds while a bunch of overweight ladies sit on their couch with their face in ice cream watching them. Think that’s something they really want to watch on television? Nope. Bodybuilding is too much of a niche sport to ever become mainstream or big.