6 Foods to Avoid If You’re Sick 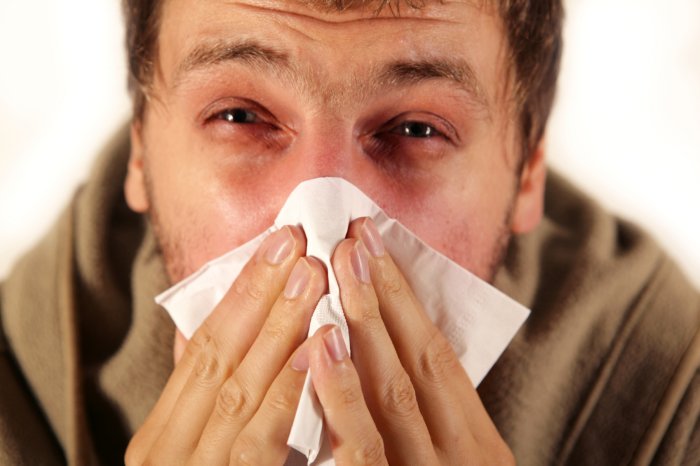 When you are sick and run down you generally don’t have much of an appetite. While staying hydrated when sick is paramount, at some point during the day you will need to take in some form of nutrition. The food you eat, however, could make you feel even worse if you aren’t careful with your selection. Below are some foods you should stay away from if you are feeling under the weather.

When you are sick, your body is fighting off bacteria. It’s the job of your white blood cells to seek out and kill that bacteria that is making you sick. However, when you consume sugar while you are sick, it inhibits the ability of the white blood cells to do their job and kill the bacteria. This knocks your immune system down a few pegs which is something you want to avoid when looking to feel better and recover from illness.

Another negative to consuming sugars (refined) when sick is that it can cause issues within the gastrointestinal tract and leave you running to the bathroom with the runs. Diarrhea can cause you become dehydrated which is something you want to avoid when you are sick. You’re already not feeling well, and dehydration if it becomes severe can put you in a hospital bed instead of your comfy bed at home. Stay hydrated and avoid sugars.

Rather than create different sections for each of these, it’s best to lump them all together. All of these have one thing in common that can happen when you’re sick—they can cause dehydration.

Alcohol will hit you super hard and super-fast due to the lack of food in your system along with the possibility of some minor dehydration due to the illness. This can cause diarrhea due to the alcohol speeding up digestion. Something you want to stay away from. Not to mention being a sick drunk is probably not the most fun thing for those around you.

When you are sick and fluid is coming out of you from either end, dehydration can knock you on your butt. Taking in coffee can exacerbate the situation by further dehydrating you. Coffee is also a mild diuretic and therefore the last thing you want to be doing is having to drink even more fluids due to urinating more frequently. The caffeine found in the coffee is a stimulant and will also speed up the digestive tract causing some more loose stools. Avoid coffee when sick.

Soda is something I wouldn’t recommend drinking even when you’re healthy, but especially not when you’re sick. Like the sugar section above, the soda will suppress your immune system, not allowing the body to fight off the bacteria. You’ll also find it doesn’t sit well with the gastrointestinal tract either, having you go to the bathroom more frequently. Diet soda should also be avoided. The artificial sweeteners in them can cause gastrointestinal issues and send you to the bathroom. Stick to clear liquids such as water, or any hydrating beverage such as coconut water.

Your stomach is already not feeling too great and the last thing you want to do is make it worse. Due to it taking longer for fatty foods to move through the digestive tract, this could leave you with some acid reflux or even make your nausea worse. As the fatty food continues to move south, they can also cause the intestines to contract (peristalsis), which could cause diarrhea or make your current situation with diarrhea even worse. Stick to pretty bland foods if you are having stomach issues.

We have all heard that when you are sick you should increase your vitamin C intake—well, not with orange juice if you have a sore throat or cough. The acidity found in orange juice due to the citric acid will worsen your sore throat by irritating the lining. There’s nothing worse than a sore and inflamed throat. It causes you to not want to eat or drink anything which is necessary to help with your recovery.

If you are stuffy and congested, you are more than likely coughing up phlegm. Milk, unfortunately, can create thicker phlegm making things even worse if you can’t bring it up and remove it from your system. For that reason, it’s best to hold off on the milk until you are feeling better. If you absolutely are dying for milk, I’d only recommend a tiny bit to see how you react to it and how it affects your phlegm.

When your throat is sore and irritated, the last thing you want is something going down that could scratch it up, making you feel even more miserable. The more you irritate your throat, the longer it will take for it to heal. Toast, crunchy snacks, potato chips, pretzels, granola, crackers, and similar items should all be avoided until you are feeling better. Eating these foods when you throat is irritated will feel like you are swallowing sandpaper—not a fun experience.