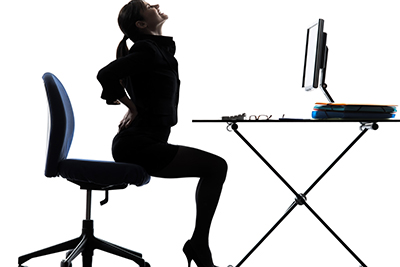 You sit behind a desk for 8+ hours a day doing work for clients and/or your boss. Take 1 hour and do something for YOU to get back on track each day.

Think about how much you sit each day. You sit for breakfast, you have your commute to work where you sit in your car, a job that has you sitting throughout the day, you sit for lunch, you sit at dinner, and you probably sit at night to relax in front of the television. Add all of that up and I’m willing to bet it’s well over 8 hours that you are sitting on your butt. There are several health risks associated with this type of lifestyle such as heart disease, poor insulin sensitivity, obesity, and blood flow issues just to name a few. This brought up the question of how much exercise is needed to combat the risks of sitting 8+ hours during the work-week?

When they broke apart the participants into their respective groups, what they found was that the group who engaged in a minimum of 60 minutes of physical activity per day were able to combat the negative effects of sitting 8+ hours during the day. That was the good news from the study. Now for the bad news. Unfortunately, when they looked at the one million plus participants from the data gathered, they noticed that three out of four individuals did not hit the minimum of 60 minutes of physical activity per day, leaving the number of participants that fell into that group fairly low in comparison to the total sample group.

As what most people would suspect, the group that was found to be inactive during the day had the highest risk of early death and overall health risks. Researchers found that regardless of how much time someone sat during the day, if they did not get in any physical activity during the day they had anywhere from a 28-59% higher chance of an early death when compared to those who were active. This leans towards the conclusion that regardless of how much sitting you do each day, if you aren’t active, your chance of health risks and/or early death rates are going to be higher.

One research was quoted saying, “There has been a lot of concern about the health risks associated with today’s more sedentary lifestyles. Our message is a positive one: it is possible to reduce — or even eliminate — these risks if we are active enough, even without having to take up sports or go to the gym. For many people who commute to work and have office-based jobs, there is no way to escape sitting for prolonged periods of time. For these people in particular, we cannot stress enough the importance of getting exercise, whether it’s getting out for a walk at lunchtime, going for a run in the morning or cycling to work. An hour of physical activity per day is the ideal, but if this is unmanageable, then at least doing some exercise each day can help reduce the risk.”