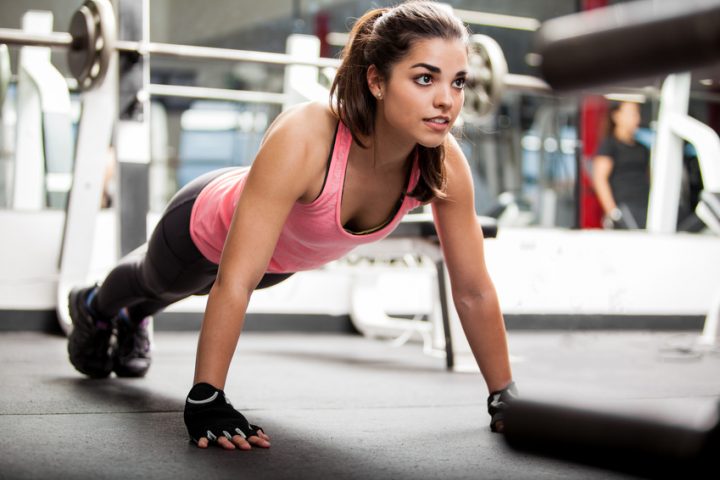 Many kids and young adults these days engage in athletics. For some its recreational and for others it’s organized competition. One thing many don’t focus on is the nutritional aspect and what it could be doing to young athletes’ bodies without even realizing it.

When a high demand is put on the body due to performance in sports, nutrients and energy are needed. Athletes seem to have the mentality of doing whatever it takes to succeed. If nothing is available, the body forces change which could lead to health concerns.

Doctors are now growing more concerned with the negative health risks of girls participating in athletics without proper nutrition. Young female athletes burn a considerable amount of calories playing sports. No one really seems to worry about the recovery process though. Just like with professional athletes, the demand put on the body forces the individual to be aware of how to properly replenish what was burned off and used. If young female athletes don’t focus on the nutrition and recovery aspect of engaging in athletic play, it could lead to them losing their regular menstrual cycle each month and even osteoporosis. Another issue that can arise is an eating disorder sprung from young girls feeling they’d perform better if they were thinner. This could lead girls down the path of bulimia or anorexia in order to achieve their vision or goal. Doctors call this issue the “female athlete triad”.

Some doctors have suggested that it is possible for a young female athlete to have irregular menstruation periods due to their high level of activity in sport and their overall body fat percentage, which has to do with a decrease in hormone levels as well. Because of the lowered hormone levels, it also brings up the concern of bone health. If an athlete has decreased bone density, it can lead them down the path to injuries very quickly—anything from stress fractures to a full blown complete break of a bone depending on if there is contact within the sport.

Parents and Coaches Need to Step In

Researchers and doctors are on the same page and are now pushing the issue with parents about the risks involved with athletics and proper nutrition and eating habits. This isn’t an issue of neglect or of wrong-doing, it’s simply a matter of many parents simply don’t know any better. Had they been aware of the issues that could arise due to the huge demand that young female athletes put their bodies through when competing and playing, we are all sure they would have taken the necessary steps to ensure their child is getting enough calories and nutrients in their diet.

Doctors have since started questioning kids and young females about some of these factors—how active they are, their eating habits, if their menstruation cycles are regular or irregular. If they show any bit of concern regarding the “female athlete triad” then the necessary steps need to be in place with the parents and coaches to ensure correct measures are taken before things progress and get out of control.

That’s What He Said

One researcher has said, “It has been my experience that coaches, parents, pediatricians and family practice physicians are not experienced in caring for athletes, and athletes themselves are not aware of the health risks unique to the triad for female athletes.” He also mentioned that it’s necessary to pay attention to the mental health aspect of the young athlete as well. “Parents, athletes, pediatricians, coaches and certified athletic trainers should be aware of signs and symptoms of eating disorders, including those athletes who display signs and symptoms of anxiety, depression, anger, isolation, and other behaviors that may indicate a mental health disorder.”

Athletics Can Open Doors Despite Risks

Learning these behaviors and what to look for is key in ensuring your child stays and remains healthy. While being active in sports is good for a child and young adults’ overall health, keeping an eye on risk factors is also necessary. Allowing young females to engage in athletics can also help them build self-esteem. It even allows some young girls to become more social and feel more at ease around other kids.

While this article brought up some risk factors associated with girls and young women participating in athletics, the good that can come from such activities is necessary and helpful in many ways. Do not let the possible risk deter you from allowing your child to be active in sports. Better yet, pay attention to the signs to ensure your child isn’t starting to form the female athlete triad. Make sure she is eating enough food during the day and that she’s being a kid and enjoying life. Don’t allow her to take athletics at this stage so seriously. At this stage it’s about having fun. Wins and losses mean nothing in the grand scheme of things. Get out, stay active, and have fun with friends and fellow athletes.