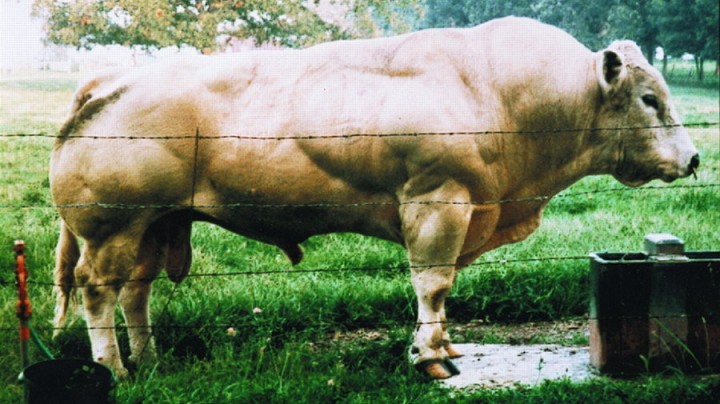 With new S.A.R.M technology being developed at such a rapid pace, it can be difficult to keep up with all the latest advancements. This is especially true when products classified as S.A.R.Ms are really nothing more than designer steroids in disguise. Although not necessarily a bad thing, such deception can make it difficult to separate fact from fiction, further muddying the waters in an already poorly defined market. Up until this point, S.A.R.Ms have differentiated themselves from AAS solely in their molecular make-up, lacking the typical 4-ring structure characteristic of AAS. All previous S.A.R.M’s, including Ostarine, LGD-4033, S4, etc, have shared this universal trait, without which the boundaries between S.A.R.M and steroid become blurred.

Because no nomenclature currently exists for S.A.R.M classification, some researchers have taken it upon themselves to decide which compounds qualify and which ones don’t, using a drug’s effect profile as the primary basis for consideration. This would allow virtually any steroid with a high degree of selectivity for chosen traits to meet S.A.R.M criteria. Unfortunately, this idea has already taken root within the scientific community, with chemicals such as oxandrolone, nandrolone, and even trenbolone having been referred to as “S.A.R.M-like.”

However, this would all be a moot point if not for the development of YK11; a DHT derivative which has thus far been falsely marketed as a S.A.R.M. Originally created at Toho University in Japan, this is one of those straight to market drugs we know very little about, as the total absence of both human and animal testing has made it difficult, if not impossible to determine exactly how it functions from both a pharmacokinetic and pharmacodynamic standpoint. With such studies being critical for establishing a chemical’s ideal dosing range, potential toxicity, efficacy, bioavailability, etc, we are almost completely in the dark with YK11, being forced to rely on anecdotal evidence alone as a means of evaluating its overall character. However, with such a limited number of independent user reviews currently available, we have yet to come to a general consensus regarding the most basic information.

Because of this, some have proposed that using YK11 in concert with supraphysiological doses of AAS may lead to a reduction in muscle growth. However, this belief assumes that YK11 is unable, in all cases, to activate the AR with equal potency (note: partial agonists are not necessarily weaker from a myotrophic standpoint). It also assumes that the individual is in a state of androgen receptor saturation—because even if YK11 did knock some AAS off their receptor sites, they would just re-attach at the first available opening. Still, there are no benefits associated with being a partial agonist, at least not when it comes to steroids/S.A.R.Ms. Therefore, we must acknowledge the potential for a worst case scenario, which is that YK11 might have an adverse effect at the androgen receptor.

However, before you write YK11 off as another failed experiment in a long line of S.A.R.M failures, keep in mind that YK11’s ability to initiate growth via AR activation was never its primary selling point. What I find really cool about this stuff, and what sets it apart from all other steroids/S.A.R.Ms, is its ability to function as a myostatin inhibitor. More specifically, it reduces the effectiveness of myostatin by increasing production of Follistatin; an antagonistic protein that directly stops myostatin from executing it inhibitory effect on muscle growth.

This effect actually isn’t unique, as many steroids function as myostatin inhibitors to one degree or another. However, what is unique is the potency with which YK11 works to combat this muscle destroying molecule. In one study, YK11 was shown to increase Follistatin production several times higher than DHT, which is itself a potent inhibitor of myostatin. With myostatin playing such a prominent role in the regulation of skeletal muscle mass, any drug capable of elevating Follistatin to this extent should appropriately garner the attention of bodybuilders worldwide.

Over the next 1-2 years we should start seeing more user reviews in conjunction with verifiable US lab work (to confirm compound legitimacy). While this will allow us to draw more reliable conclusions regarding its effects in bodybuilders, current user experiences are encouraging. Although there are some inconsistencies among user reports (which is to be expected in the absence of confirmable mass spec testing), there are also some commonalities. One of the most frequently reported effects is an increase in muscle fullness/pumps, with many individuals claiming that YK11 exceeds even oral AAS in this regard. While I can’t vouch for the truthfulness of these claims, as a previous user of genuine Follistatin, I can say with absolute certainty that this is a primary feature of this particular myostatin inhibitor. Given YK11’s ability significantly increase Follistatin levels, I wouldn’t be surprised if there was a direct connection between the two.

For those of you who decide to jump on the bandwagon before more thorough testing has been completed, keep in mind that we do not know what the ideal dosing range is, its half-life, or even its safety profile. YK11 possesses a methyl ester, which may or may not result in some degree of liver toxicity. My guess is that is that it is probably rather mild in this regard, but prudence is still recommended, at least until more user lab work is conducted.

Given YK11’s ability to significantly increase Follistatin production, along with its relatively weak activity at the androgen receptor, it’s likely that its myotrophic effects are mediated primarily through myostatin inhibition. If so, this would make YK11 a solid addition to just about any PED program, aside from those which already incorporate myostatin inhibitors. In my opinion, YK11 is one of the most interesting compounds to hit the market in recent years, but at this point most bodybuilders appear to be unaware, or at least unconcerned with its existence. I expect that to change in the days ahead, as we continue to learn more about it.