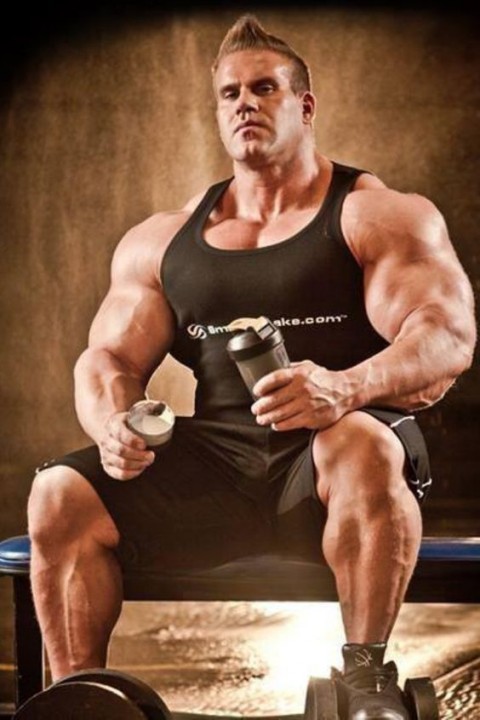 Mainstream portrayal of the professional bodybuilder is a facade of glamour and machismo self-indulgence. However, those with even the slightest of insights into the industry are aware that such a lifestyle is relentlessly demanding and fiscally inept. “More” is the theme of bodybuilding. More food. More weight. More drugs. More sleep. The list is seemingly endless and all utilize the time and resources that could be better applied elsewhere in life. Among the gamut of professional athletes, bodybuilders – even at the highest level – exhibit a severely disproportionate input to output ratio when compared to other sporting endeavors. With an investment outlook so grim that Madoff would grin, it is truly wondrous anybody would choose to endure such a pursuit.

Admittedly most do not start iron mongering with the intention of it becoming the basis of a career. A common theme is that individuals were first introduced to the lifestyle by an older sibling or as part of their high school football training regimen – a means of exercising or providing the necessary body mass to be competitive in their chosen sport. In this regard, it is fair to say that the weight room is usually an ancillary component to a broader goal. That being said, many have fallen from grace and abandoned traditional athletics in favor of reaping muscle from the field of gains. The “bug,” as it is often referred to, quickly overtakes the mind of the individual and floods it with the uncontrollable desire to further develop their musculature. As was aforementioned, bodybuilding can easily become the be-all and end-all when obsession reaches the tipping point. Every facet of life revolves around the meticulous nature of physical perfection. Naturally, those who have been corrupted by this mindset will seek out a means of income that won’t detract from their objective – the standard nine-to-five hardly fits the bill. If even Olympia level competitors require a secondary occupation then what chance does someone lesser have to make it in a knife-to-neck industry.

The Internet has resulted in a massive shift in how one approaches the fitness arena due to the impact social media has had. Top tier bodybuilders of the 90s were granted more opportunity to afford a living – albeit a modest one- via sponsorships, photo shoots, and magazine cover spots. To the distress of many, social media has all but removed paperback coverage entirely. The sponsorships of yesteryear have dwindled in quality and quantity. Companies have found it significantly more cost-effective to appoint YouTube and Instagram “celebrities” as representatives for their products. Some tote the necessary credentials in terms of body structure and competition pedigree to carry such a position. In more extreme circumstances, the frontman in question is an abominable creation of corporate entities capitalizing on this particular trend; I like to call this the Milli Vanilli effect. Devin Physique comes to mind, but such is best left for another time in light of his recent Photoshopping and transformation shenanigans.

Although the climate has certainly become more heated as we press deeper into the 2000s, there are no less ample means to become a fixture in fitness. In many ways, the sport is being forced into a positive form of evolution. It is no longer a simple matter of being monstrous in size – quite the opposite as the call for aesthetics grows ever louder. Bodybuilders must be well-versed and carry attributes outside of the gym. An engaging personality and strong social networking skills are at the forefront of prerequisites needed to become successful. As remnants of the old vanguard die off, we will continue to see a progression of this new breed of younger, more socially adept, and aesthetically inclined bodybuilders filling the void. The next decade will be an exciting one as trends continue to mold bodybuilding into various shapes.