Will Kevin Levrones Comeback Be a Success? 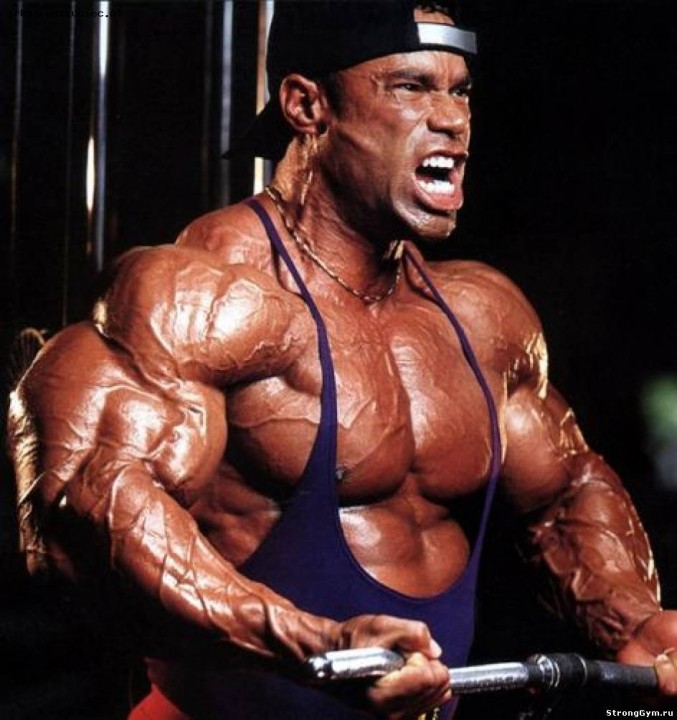 The official announcement of Kevin Levrones comeback is far and away the biggest story in bodybuilding right now. In fact, this shocking announcement is one of the biggest stories in the entire history of the sport, largely due to the fact that Kevin is a legendary bodybuilder with a massive fan base, who has been retired for well over a decade. Kevin has placed second at the Mr. Olympia on four separate occasions, and many people feel that he was the rightful winner of at least one of those Olympia contests. However, Kevin has not stepped onstage since 2003, thirteen years ago, and he will be at least 52 years old by the time the 2016 Mr. Olympia rolls around. With these facts in mind, along with the realization that historically, nearly all comebacks do not end well, no matter what the sport is, it is clear that the odds are stacked very heavily against Kevin. Can Kevin’s legendary status in bodybuilding, along with his otherworldly genetic gifts overtake these seemingly overwhelming odds?

Another advantage that Kevin has is the fact that there are a couple things that make him much different than any other former bodybuilding great who is 52 years old. The first being that Kevin rarely trained and ate like a bodybuilder all year long in his heyday. Levrone would take months off at a time, allowing his body to rest completely. What this means is that Kevin’s body is really not as old as one would imagine, due to the fact that he spent much of his heyday resting. The second advantage Kevin has over nearly any other former bodybuilder his age are his exceptional genetic gifts. No professional bodybuilder in history was able to transform his physique with the same speed and efficiency as Kevin, with the possible exception of the great Flex Wheeler. Kevin would routinely start his contest prep a mere four months out at a good thirty pounds below his contest weight and not exactly shredded. To my knowledge, no other professional bodybuilder in history has ever successfully utilized this allow-yourself-to-get-small-and-soft-in-the-off-season tactic. Speaking of genetic gifts, if Kevin does in fact show up at the Olympia good enough to finish in the top five, he would instantly have to be considered the undisputed heavyweight champion of genetic gifts. The title of “best genetics ever” would clearly be his at that point.

The list of Kevin’s disadvantages, surprisingly, is in fact shorter than his list of advantages. Unfortunately for Kevin, the two or three disadvantages he does face are by all logic, insurmountable. Kevin will be 52 years old if and when he does the 2016 Mr. Olympia. This will make him the oldest competitor in the lineup by over five years, and puts him at about fifteen years older than the average prime age for bodybuilding. This is very obviously the biggest challenge Kevin will have to overcome. Just to put it into perspective, Kevin will be nine years older than the oldest man to ever win the Olympia, so if he were to win the show, he would shatter the record for the oldest Mr. Olympia winner in history. The oldest bodybuilder who is still kicking ass and taking names today is Dexter Jackson. Dexter is 46 years old, making him six years younger than Kevin. Toney Freeman was recently successful in his late forties, but at 48 he began to slip very hard in his placings. Speaking of age, if one was pressed to name a weakness that Kevin had back in the late 90s, it would be his legs, and everyone knows that the legs are generally the first thing to go when a bodybuilder starts to get old. If Kevin was seeing the beginnings of having poor legs fifteen years ago, is it plausible to think that he could build Olympia caliper legs today, at 52 years old?

It has been thirteen years since Kevin has competed in a bodybuilding contest, or even trained and ate like a real bodybuilder for that matter. Therein lies his second major disadvantage. For an athlete of any kind to stop a particular sport for over a decade means that they will be rusty when they return, at least early on. This is simply an undeniable fact. At this point, it seems as if Kevin will only be doing the Olympia, with no “practice” shows at all. Personally, I feel this is a fairly large mistake in regards to doing well at the show. Waiting for the Olympia does increase excitement and fanfare however, no doubt about that. Practicing ones posing and presentation day in and day out leading up to the show is one thing, actually standing on the Olympia stage in front of thousands of screaming fans under the hot lights, is an entirely different animal. Even Kai Greene showed some rust in regards to his posing and presentation at the 2016 Arnold Classic prejudging, after taking less than two years off.

In the end, assuming Kevin does show up to compete in September, which I am far from fully sold on at this point, I predict he will look very good. Based off of the photos and videos he has already posted over the last several weeks of his rapidly improving physique, I would confidently assume that Kevin will at the very least represent himself well and not get embarrassed. I feel that he will just barely crack the top ten, placing ninth or tenth, best case scenario. That may sound negative to some, but if he were to come back and place tenth, all things considered, it would still be the best bodybuilding comeback of all time, by a huge margin. Only time will tell if Kevin will actually make it to the Mr. Olympia stage, and if he does, just how high he can place. However, one thing is for certain, this story will be the most exciting story we have had the pleasure of following in years. So exciting that I feel fortunate just to be a fan of bodybuilding during this historical time.