Why Anabolic Steroid use is Completely Fair 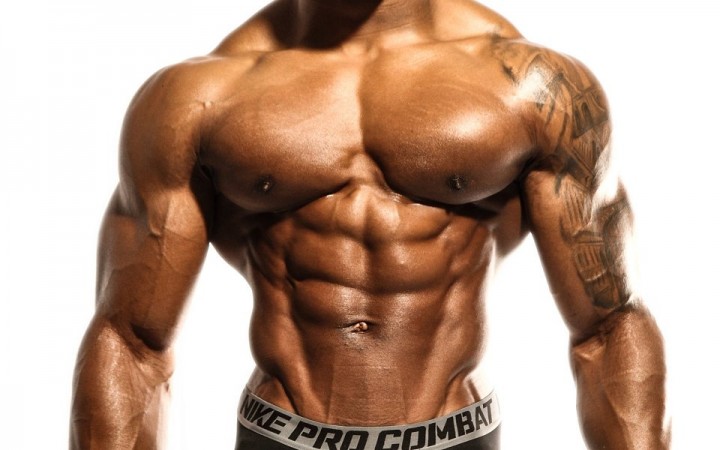 The discussions of who is and who is not taking steroids, along with whether or not the utilization of them is cheating, over time, have reached epic proportions, not only in our industry, but also in many other popular sports. This is primarily driven by mainstream misinformation and the regurgitation of this bad information by 17-year-old-gym-buddy statements and sheeple alike. Jealously is no help here either. Human beings tend to be hugely jealous of other human beings, especially when it comes to looks or athletic ability, the two things that steroids are believed to effect the most. If I had a dollar for every time I heard a jealous person claim that a person who is bigger, better at sports or better looking than them is that way because of steroids, I would be writing this from my mansion in Hawaii.

The media puts these drugs on par with rape in regards to the ridicule a person receives who is “caught” using them. Also, for whatever reason, all the late teen and early twenties aged guys who lift weights or play sports seem to think that steroids are some sort of powerful black magic summoned by Saruman himself. This demographic of individuals seem to be of the opinion that you order a bottle on the internet that says steroids on it for thirty bucks, take two pills a day and in a month you gain 40 lbs of muscle and lose all of your fat, as the pills turn you into the ultimate alpha beast and females from all around flock to your genitals. Let me be clear, people with these steroid-magic beliefs are not only young males, not by a long shot, but they tend to make up the bulk of the group.

First and foremost, assuming that steroid use is the end all be all of athletic success is useless for the simple fact that you will never know if you are getting the truth. Due to the fact that our society has demonized the use of steroids in a fashion which puts it on par with armed robbery, as well as cause the admission of use to destroy all credibility to anything in life you have accomplished, the majority of users will take the truth to their grave. Steroids are one of the few topics that cause very close friends and family members to lie to each other about it on a regular basis, for example. Some may argue the use of drug tests to find out who is or is not using these drugs. This is silly on numerous levels. It is well known that there are many ways to beat a drug test and when you throw in the fact that a person is a multi millionaire professional athlete, passing the test becomes about as hard as passing gas. Not to mention, these tests tend to be extremely expensive and/or tedious to perform. If you get lucky and an athlete does admit to you they are using, what do you think the chances are that they will be truthful about the amounts?

Training, nutrition, and especially genetics, are three more reasons the idea that steroids are the holy grail is flawed. Generally speaking, a person will ask about drug use before anything else in reference to anyone who is bigger than them, leaner than them, faster than them, stronger than them, or all of the above. Now, there is a chance that this person is better, bigger or faster than you because he or she is on better and/or more drugs than you are. However, drugs are only one of countless possibilities as to why they might be bigger, faster, stronger, or better than you at a given sport. God forbid you ask what their diet or training is like in comparison to yours. Most people feel that drugs are the most potent factor of all, when truth be told, genetics are unquestionably the most potent factor. Maybe this person you are questioning simply has far better genetics than you do. Why don’t you ask how big, strong, fast, or talented his or her parents are? These would be much more practical inquiries.

So what does this have to do with questioning the fairness of steroid use? Well, if the majority of people believe that steroids are this magic life changing elixir, concocted by Zeus up in the clouds, then obviously they will also believe that using them in sports is unfair. However, this could not be any further from the truth, for one reason and one reason alone: genetics. In order to understand the importance of genetics, it may be useful to ask yourself this question. If you had to bet on an athlete and he or she could have a great drug regimen or great genetics, which factor would you choose to be great, assuming you could only choose one? In other words, would you rather draft a 100% natural Adrian Peterson out of college or an average D1 running back who you know will be on the best drugs he can buy once he is in the pros? Would you rather bet on a natural Usain Bolt or an average sprinter on a bunch of drugs in a 100 meter dash? These should be exceptionally easy choices. It is certainly possible to become a professional athlete with lackluster genetics, though the road will be a long, difficult, and potentially dangerous one, failing to ever lead you to the pinnacle of the sport.

Genetic makeup is the only factor that absolutely prevents one from making it to the super bowl, NBA finals, or any other world championship, all on its own, regardless of how hard a person works or how many drugs they use. Genetics in abundance however, will override all other possible factors in an attempt to become a world class athlete. A man or women with truly spectacular genetics could certainly become a professional athlete with not only little to no drugs, but a lackluster training and diet program as well. We have seen it a thousand times. Ricky Williams, Michael Lockett, John Daly, Kai Greene early in his career, Ronnie Coleman early in his career, and most notably, Bo Jackson, all come to mind. Try to name a top pro athlete who has little to no genetic gifts for a particular sport who became elite via the use of drugs and hard work. There is a reason that Caucasian running backs are as few and far in between as intelligent teenagers. So, if some guys can make it to the very top of their sport using their genetics almost exclusively, which they did absolutely nothing to obtain, how can anybody say that steroids are what is unfair?

Great genetics are the epitome of unfair, for the simple fact that they are entirely beyond one’s control. Steroid use on the other hand, is an advantage that any athlete can choose to partake in, no different that getting enough sleep, eating right, or training harder than his or her opponents. Steroids are expensive, no fun to administer, and require vast knowledge to properly utilize, so how are they any less fair than going to bed early, saying no to drinking on Saturday nights, or going to get an expensive massage every night? Steroids help even the playing field for athletes who were not blessed with one in a million genetic gifts and the best part is, anyone can choose to use them or avoid them, no different than they can choose to utilize or avoid all of the other potential advantages I just listed. Not only that, but steroids and other drugs also allow athletes to return to their sport much faster after uncontrollable freak injuries, which can help offset the extreme unfairness that freak injuries cause. Explain to me again how steroids are unfair?

Dosage is one of the other main factors making the original question of fairness absolutely meaningless. An athlete who is taking fifteen milligrams of Anavar per day and a person who is on six grams a week of a delicious pharmaceutical cocktail are both considered “unnatural”, “a cheater”, “enhanced”, “having an unfair advantage”, etc. This is obviously a problem and just one more reason people will lie about this topic until their last breath. Most normal, beer loving sports fans and everyday sheeple seem to think a person “taking steroids” means the same thing every time. This is no more true than saying that a person who drinks alcohol means the same thing every time. What is the first logical question that would be asked after that last statement? “How much alcohol?”, or “Every day?” etc. However, in the case of steroids, the response to a person who is caught using or admits to using is normally closer to “what a loser”, “he’s a joke” or “well that explains it”. Does anyone else see an issue here? A few 2.5 mg Anavar tabs per day is not the same thing as three grams of test and one gram of Tren a week with some a-bombs thrown in. It’s pretty sad that mainstream media has brainwashed everyone to a point where explaining these rudimentary facts is necessary.

In reality, the only possible way that the use of steroids could be considered unfair with any validity at all, is if some athletes were strictly tested for the drugs and others were not. Even in this example, it would be the testing that is unfair, not the drugs themselves. I know how much people love to entirely change the argument when their backs are up against my wall of logic, so I’m sure that some people will read this and argue that steroids should be banned from sports because they are dangerous. However, I am not specifically making a case for steroids to be allowed in sports, nor am I discussing their health effects, I am simply making a case against the notion that the use of steroids is unfair. In closing, if you can read this entire piece and still believe that steroids are unfair, then you are probably brainwashed beyond repair, unfortunately. Don’t worry though, you are far from alone, as being brainwashed to believe complete and utter nonsense is the American way.