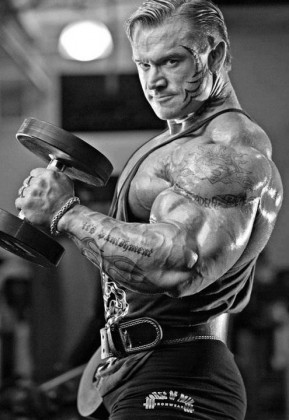 As any true bodybuilding fan should know, Lee Priest may be the most outspoken athlete on the topic of drugs that our sport has ever seen. Lee would regularly get himself into hot water with his open drug discussions, while simultaneously forming and destroying his extensive fan base. Lee would claim these low, sometimes nonexistent (off season), drug doses that would automatically compel most fans and insiders to either think he was a liar, talking to the fans like they are stupid, or that he is a true genetic anomaly. More times than not, the former is the prevailing opinion. Many individuals believe that these low drug amounts, which are roughly one fourth or less of what is generally accepted as a “pro cycle”, are simply impossible. Although, for several very specific reasons, I have a few major issues with this knee jerk position of impossibility.

The first issue being that Lee is known in our industry for his extreme honesty, which was the source of many of his “political” problems. Whenever Lee is or was asked a question, whether it be in a public or private setting, he speaks the truth, or at least what he believes to be the truth. So if Lee was so honest about topics that got him banned from the IFBB, along with causing certain people to despise him, why would he lie about his drug amounts? What does Lee have to lose by people knowing that he uses high or average doses of steroids, that is significant enough for him to adamantly lie about the topic and take the truth to his grave, while the loss of sponsorships and contest winnings fails to garner enough importance for Lee to lie? An interesting proposition, to say the least.

Second is the awe inspiring physique Lee possessed when he was literally a child, at fifteen years old. Take a close look at Lee when he was fifteen years old, and the idea that low doses getting him to the top six at the Olympia is impossible, will quickly begin to dissipate. Also of note is that fact that most people in our industry agree that Michael Lockett, earlier in his career, was at least very close to being natural, barely worked out, and ate mostly junk food. If Michael Lockett was able to look they way he did as a young bodybuilder with little or no drugs, very limited training, and shitty food, why couldn’t Lee have made it to the Olympia with small amounts of drugs, hard training, and a decent diet? This idea is far more practical than the drug-less, junk food filled, story of Michael Lockett’s amateur career. It should also be noted that there is a general acceptance in our industry that there have been several bodybuilders who have built impressive enough physiques to turn professional with no drug use at all. Names like Ronnie Coleman, Kai Greene, and Darrem Charles come to mind. 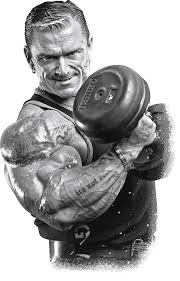 On a similar note, Lee’s physique, especially early on in his career, for the lack of a better description, appeared natural. For one, Lee looked his age, something that rarely occurs in young bodybuilders today. It is not uncommon for a twenty-four year old bodybuilder to look like he is in his late thirties. Now, I am no aging expert, but it is hard to believe that bodybuilding drugs are not somewhat responsible for this phenomenon. Lee on the other hand, if you look at pictures of him in his twenties, looks like a kid, not a weathered leather hand bag, like a lot of today’s young pros. Another drug induced occurrence we often see these days are bodybuilders gaining in excess of fifteen pounds of contest weight in one year. Again, I am no expert, but if you have already been bodybuilding for five to ten years, and you suddenly put on fifteen pounds of muscle in twelve months, it probably wasn’t from heavy squats alone. Interestingly, both of these arguments can be applied to Lee’s good buddy Shawn Ray as well as Dexter Jackson. Dexter, Lee and Shawn all looked their age or younger for their entire careers, and very gradually built muscle, the old fashion way, so to speak.

Another topic Lee was brutally honest about was which natural supplements he would use. Even when sponsored by a company, Lee would openly admit to not taking most of their products. When Lee was with MuscleTech for example, they would quote Lee, claiming these statements were what Lee had said, when they were in fact untrue (probably because what Lee actually said was none too flattering in regard to the products). This, along with some monetary issues related to Lee’s competitions and MuscleTech, caused the inevitable breakup between these two industry giants. Lee was most famously known for working under the supplement company TwinLab, at which time he would state that he absolutely does not use all of the products, and the before/after pictures seen in ads are not what they seem. That sounds like a pretty honest guy to me.

Say what you will about Lee, but what other bodybuilder is honest about whichever company or companies they happen to be sponsored by? For God’s sake, I have seen professional bodybuilders pretend to take a bite of a protein bar that was made by their sponsoring company. Not only does this athlete obviously not use the company’s products, but he refuses to take even a single bite of their bar! For all of those people out there who still swear up and down that Lee lies about his drug use, let me get this straight. Essentially, you are implying that Lee refused to lie about which over the counter products he was using, even when being paid big money for a sponsorship, clearly putting the sponsorship, along with his livelihood, in danger, just for the sake of honesty, but then turned around and would completely lie about his drug doses? That does not make a whole lot of sense to me.

Last but certainly not least, Lee’s steroid choices and dosage claims have remained consistent throughout history. If you are under the impression that Lee is lying about his drug use, he just might be the greatest liar of all time. With the hundreds of interviews and columns Lee has had over the years, his claims remain consistent, with little to no variance from one interview or column to the other. It is reasonable to assume that if a person is blatantly lying about a given topic, at some point, after explaining this lie hundreds of times, he or she would be caught in an inconsistency of sorts at some point. This is not the case in regards to Lee’s steroid claims. When you take all of these factors into account, Lee’s obvious genetic gifts, his “no bullshit” straightforward personality, slow gradual improvements, and beautiful physique, they combine to form a very solid case against the often voiced opinion of Lee being a liar when it comes to his pharmaceutical choices.