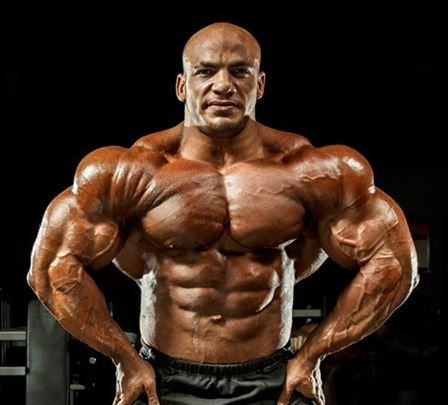 It’s the 18th of September and the sun is falling behind the horizon. As the nightfall approaches the Nevada desert blows golden dust over the glowing neon streets of the Entertainment Capital of the World. The time has finally arrived for the Las Vegas Convention Center to open up the gates to the finals of Mr. Olympia!

One day earlier, jaws in the audience were dropping when one of the contestants entered the stage at the Orleans Arena. This athlete dominated the prejudging in almost every mandatory pose; specifically the front lat spread which was so wide and powerful that even the God’s of Greek would have questioned Hercules’ position as King of Olympus. One would have to go back in history to the days of Ronnie Coleman’s prime to find a bodybuilder comparable to this moment of supremacy.

This year, is the one which the former Arabian fisherman, Mamdouh “Big Ramy” Elssbiay from Egypt finally got all his pieces together. He had succeeded to improve his overall symmetry, conditioning with additional deeper separations, while still retaining a small waist. This combination and peaked potential was more than enough to triumph over Phil Heath.

The night when Ramy is announced as the winner that evening; he falls to his knees, putting his hands to the face as tears began to fall down his cheeks. Heath walks over to Ramy, and bows down to shake his hand as says, “Well done!” At the same time, the audience rises from their chairs and stands and begins applauding loudly as ‘The new Mr. Olympia is crowned’ – ‘The Ramy Era’ has begun!

When everything has settled and the finals of Mr. Olympia is over, there is a question mark to consider: What will happen to pro bodybuilding now since the Mr. Olympia always sets the new physical ideal for the others competitors to match?

For starters, the decreased amount of IFBB Pros who are left on the pro circuit at this point in time and who are still dreaming of winning the elusive bronze Sandow statue, has a rough challenge ahead of them. The risks of trying to match Ramy´s size and improved symmetry would mean that competitors need to ‘amp up’ every section of their training, nutrition and gear stack. In addition, this would mean risking their aesthetics and health to a greater extent than ever before, maybe even in the history of pro bodybuilding.

This hypothetical situation could be similar to a revival of consequences when the Shadow of Birmingham – Dorian Yates rose to the top and won the Sandow in Helsinki in 1992.
The world of bodybuilding world had never seen a mass monster like Yates. As a result of his new standard many bodybuilders had to try to walk in The Shadow’s footsteps trying to match his mass and conditioning. A few like Nasser El Sonbaty or Paul Dillet could hang with Yates stronger points but many failed trying doing so. Both pros and amateurs failed and ended their careers early because of various kinds of injuries; even Toney Freeman tore his right pec while trying out Yates HIT training program.

Now, imagine pros trying to chase after Ramy’s physique. Just look how far behind the top ranked pros Juan “Diesel” Morel and Cedric McMillan were compared to Ramy at the Arnold Classic Brazil in 2015. Both are very good and massive bodybuilders, but they looked small and amateur-like compared to Ramy. The Egyptian’s super genetics is extremely rare; there are actually, strong reasons to argue that no one ever in the history of bodybuilding has had the potential Ramy has.

I personally and seriously think that everyone looks good with overwhelming muscle mass, in fact most don’t. Just look at the younger versions of Jay Cutler in 2001 or Branch Warren just before he got his pro card. Even if many still get fascinated with mass monsters to some extent, the aesthetical factor has begun to become equally, if not more impressive.

Maybe it’s time for bodybuilding to move away from the freak factor and listen to Arnold Schwarzenegger’s opinions about prioritizing the more aesthetical muscular physiques again; ideals which the man on the street would like to look like? In addition, changing the rules and beginning to favor the physiques of a Shawn Rhoden instead? Sure, everyone doesn’t have the genetics of these two bodybuilders, but not everyone has the DNA of Yates or Ramy either, so which standard should pro bodybuilding set as the standard for the future of the sport?
The Classic Physique division is of course an alternative, but the weight classes wouldn’t fit the bodybuilders of the open bodybuilding division.

As a side note, the only one who will have the potential to knock over the Colossus from Egypt, who might give him a serious challenge in the future, would be Justin “All-American” Compton. But again, the question is, should the mass monsters still should beat symmetry, balance and conditioning? I’m not sure that that’s the best direction to choose for the evolution of bodybuilding.