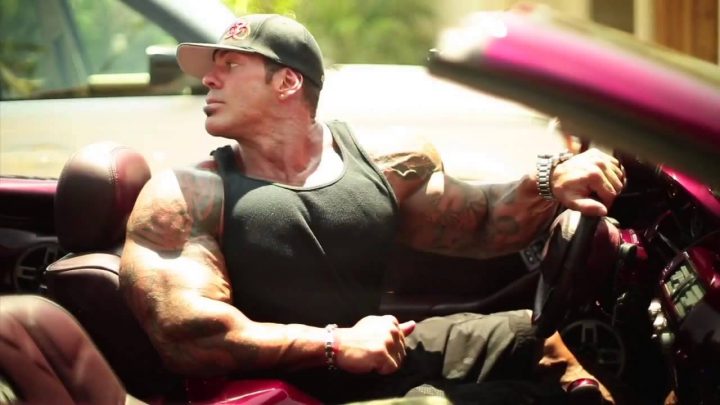 Since the last 6-7 years fitness celebrities – or so called “bodybuilding experts” have formally exploded in popularity on YouTube. We all know them by name. From Rich Piana, C.T. Fletcher, Lui Marco, Marc Lobliner, Jason Blaha, to the more entertaining profiles like Jason Genova and Bostin “3 CC” Loyd. All put together, they’re a mix of people divided on the one side of the more (or at least a little bit more) knowledgeable ones about supplements and competitive bodybuilding; to the other side where the more entertaining and comedic type of characters reside. Either direction, they all share one thing in common, and that is a burning passion for bodybuilding.

These channels have succeeded in attracting hundreds and hundreds of thousands subscribers globally at an incredible fast rate over the last years, with even fans outside of the bodybuilding community. The topics range everywhere from synthol usage, steroid cycles, frog eggs, and Kai Greene’s distended belly to Mike O’Hearn’s claims of being an all-time natural.

In addition to those subjects they also from time to time choose to call out each others asses on various kinds of things. For example, one Youtuber claiming to have been a CIA Agent or others who hold ‘fake black belts’ in different kinds of martial arts, to questions of whether or not they’re really natural.

Furthermore, all of the YouTube personalities have various kinds of backgrounds and it’s not unusual that they actually are unsuccessful competitive bodybuilders themselves. But as mentioned, they have compensated for this by having an extensive passion for bodybuilding which also shines through their work.

Besides their passion for the sport, they also have the ability to speak more freely – compared to the more established fitness athletes are able to speak on. For example subjects like bodybuilding politics regarding placing in various bodybuilding shows to criticizing other competitor’s physiques. Due to this fact their material is very attractive for bodybuilding fans and the community in general.

Another thing which is quite impressive is how these YouTubers have the ability to create great marketing for their content without knowing so much about what they are talking about. In contrast, the negative side is partially that the ones with the real expertise advice online might get over looked on some levels.

Furthermore, due to the competition between the channels it’s a lot harder for any of them to solely rely on the income from their content. Additionally, they might not become millionaires but they make a decent amount of money from Youtube each month and are working with their passion.

Due to their millions of views and additional subscribers each month, some of these channels actually possess a kind of unique power inside the established fitness industry. Power to blow up rumors which might not always be completely true, but the gossip can succeed and go viral very quickly.

They can also set trends inside parts of the bodybuilding and fitness community; trends for example like usage of training schedules, supplements, to even develop new bodybuilding terminology or expressions like “Not even ones!!”, “Proper!!”, to “Right Babe?”, “Pissening” or “Sickening”, to Big Lenny’s of the Delray Misfit’s quote “Cookie Cutters” which for example refers to people who just follow mainstream trends like getting tattoos or hipster-type beards.

One question in the context of the topic is how they can obtain the same – or even more popularity and fans on YouTube compared to current IFBB Pros like a Dexter Jackson, Ben Pakulski, Evan Centopani among other pros – especially when many of the quasi experts haven’t anything which comes close to a degree in nutrition or biomechanics, nor winning a higher NPC show.

So where does the extensive attraction come from? Well, the answer to that question is quite simple; it’s because of their original personalities and the pure entertainment factor. And as mentioned earlier they have the ability of talking more freely about bodybuilding in general which pro athletes plus the bigger magazines and sites aren’t able to due to possible backlash effects inside the fitness industry. By being more outspoken they fill a media gap which draws more viewers to their channels.

In contrast, the most content which IFBB Pros puts out – except for the phenomenal entertainer and Canadian IFBB Pro Antoine Vaillant on the Tube is all too often quite boring for the viewer. Sure, there can be a lot of important knowledge to absorb for the viewer, but still it’s plain and lifeless material atmany times. For example, talking about basic nutrition or discussing different grip variations to use in your five sets of lat pull downs or how to do incline dumbbell presses for 25 minutes isn’t the most exciting thing to watch.We have seen it before and to make it exciting the content needs to be spiced up a bit.

Conclusively, whoever it might be, sitting in front of the screen and making their first videos and desiring a larger audience for their YouTube channel – competitive or not – should begin to open up more, and be original plus share more of their true perspectives on things in the field bodybuilding world but also at times other things in life.

Being yourself and having your own style plus being at least quasi charismatic is almost more important than your achievements when it comes to popularity and gaining success online or actually in the global society of today. You need to stand out from your crowd’scharacteristics if you want to peak your career successfully.

Being original and thereby entertaining is a big factor when it comes to attracting a larger audience to YouTube channels.