Who Are Bodybuilding’s Category Leaders? 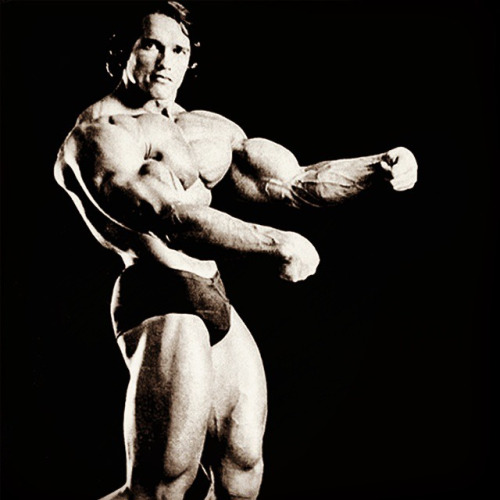 I have made a case for our sport needing a complete overhaul in regards to the way that it is judged for several years now. For all intents and purposes, the look of our top athletes is going in the wrong direction. Very few bodybuilding fans would disagree with this notion. In a subjective sport like bodybuilding, the judging is in complete control over how the athletes evolve or in this case, devolve. For this reason, I feel that we need a judging system that rewards guys who are pleasing to the eye and do not look like mutated lab experiments. Here is how I would have it work out:

Bodybuilders should be judged based on each separate criteria, as opposed to their physiques being judged as a whole, which is essentially impossible to do in an accurate fashion. Each athlete should get an individual score for each category of physique development, in regards to bodybuilding. These categories would be something along the lines of size, conditioning, balance, and shape. The importance of each category in relation to the others would be predetermined in order for the best physique to end up in the winner’s circle. For example, each category would be given a percentage of the overall score as follows: shape 35%, balance 25%, conditioning 20%, size 20%. Each athlete would receive a score for each of these categories, scores that are available to all fans and athletes as soon as the judging is complete. These scores could be an easy 1 to 10 scale, or something similar. For example, if Dexter Jackson was given a 5 in size, that would garner him 10% (due to the fact that size is 20% of the total), and if he was given a 10 in conditioning, he would receive 20%. A perfect score of 10 in shape would earn a competitor 35%. The final scores would then be a total percentage out of 100.

This percentage breakdown would inevitably lead to the top guys having smaller waists, less lumps and bumps, and a more pleasing, appealing look overall. The system may seem overwhelming to carry out, but it’s not. There would have to be a couple judges assigned to each category. This way, each judge would only have to focus on one particular aspect of the physique and it would be far more obvious if a judge had no idea what he or she was looking at. I have always found it amusing that the judges pretend to be able to appropriately judge six physiques at once in the five seconds in which they are holding a given pose. So you’re telling me that human beings can compare six different bodies from head to toe on size, shape, condition and symmetry in five seconds? Right. The question is, if this system were put in place, which top bodybuilders throughout the last two decades or so would receive a perfect score in each category?

Size, along with condition, is the least important aspect of the physique with this system, although it is still pivotal. There are three bodybuilders from recent years who come to mind as guys who would definitely receive a perfect score in this department. Ronnie Coleman, Markus Ruhl, and Big Ramy. These are three guys who at their best, has about as much muscle on their frame’s as humanly possible. I would give Victor Richards an honorable mention here, despite the fact that he never stepped onstage, along with Roelly Winklaar.

Determining which three bodybuilders would have excelled the greatest in the conditioning category is tough, due to the fact that so many guys have shown stellar condition over the years and there are many different versions of great conditioning. I have to put Branch Warren on the list. At the 2009 Mr. Olympia, where branch placed 2nd to Jay Cutler, he displayed otherworldly condition. I would also add the name Eduardo Correa. Eduardo was the most conditioned athlete at the 2013 Mr. Olympia and that includes the 212 and open class. In order to prevent thinking about this for the next ten hours, I will simply add the third name which immediately comes to mind: Dorian Yates. Honorable mentions go to Silvio Samuel and Phil Heath.

In this judging system, shape would hold the most weight in regards to getting a good score. Shawn Ray makes the cut once again. Few men in the history of the sport have had a v-taper, tiny waist, and muscle insertions like Shawn Ray. This unbelievable shape allowed him to routinely defeat competitors onstage who were over fifty pounds heavier than him. The Sultan of Symmetry himself, Flex Wheeler, also has to be included on this list. Flex Wheeler’s shape, most notably early on in his career, was too good to be true. Few if any bodybuilders have reached that size with such tiny joints and minuscule waist. Shawn Rhoden is the closest thing we have seen to Flex Wheeler from a shape standpoint, so he gets my third vote. Honorable mentions go to Lee Priest and Cedric McMillan.

It’s unlikely that the judging system will ever change, but it is fun to think about how it would effect the sport and which competitors would benefit most. That said, I do believe that a judging system similar to this one is the answer to our bodybuilding prayers.