Newer PostPay Your Trainer, NOT Your Doctor
Older PostIs the IFBB Judging Leaving You Confused?
Share on FacebookShare on TwitterShare on LinkedinShare on Pinterest 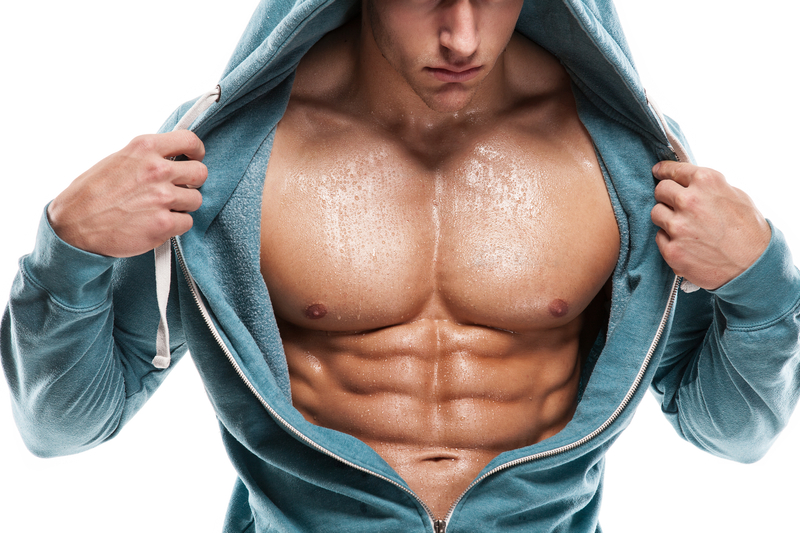 It goes without saying, abs are made in the kitchen. You can’t eat junk and think you’re going to walk around 365 days a year with visible abs. You simply can’t out-train a poor diet. But what does your lack of a washboard stomach say about your overall health? Is there more going on than what you see on the exterior? The hidden risks are down-right scary.

I hate to say it, but fat doesn’t discriminate. It doesn’t care if you a male or female, child or adult, short or tall, white, black, purple green, or blue—bottom line is if you don’t pay attention, abdominal fat will catch up to you. I’m sure you’ve heard people say “when I was your age I could eat whatever I wanted and never gain a pound.” To an extent that’s definitely true. As a child and young adult it’s common to have a much higher metabolism than say once you reach your 40’s—some of that has to do with the amount of muscle mass you carry around as well as hormones in the body. So does that mean you should give up on your health and fitness goals? No.

A recent study predicts that a button popping 20% of all adults across the world will be considered “obese” by the year 2025 (going off of the Body Mass Index scale). Over the last 39 years the overall percentage of men categorized as being obese has gone from 3.2% in 1975 up to 10.8% (266 million obese men) in 2014 and women respectively went from 6.4% to 14.9% (375 million obese women). These numbers are not only astounding, but scary. What does the future hold not only for American’s, but the world? Take your health and fitness seriously—don’t be a statistic or settle for the “norm”.

The higher the body fat levels in a given individual, the more health risks they are at risk for—especially when it comes to visceral fat around the midsection. While some body fat is healthy, in excess it can have a dangerous and even deadly consequence.

The higher the body fat percentage and the more fat surrounding the midsection, the higher the prevalence of at risk conditions which will be touched on later in the article. The simple solution is to minimize body fat to a healthy level to reduce your risk of serious health conditions and complications.

Below is a chart that shows an example of what category each body fat percentage falls into.

If you find yourself in the “overweight” or “obese” category in the above chart, serious changed need to take place—and sooner rather than later. If you are in the “obese” category, there is a higher chance of you being a ticking time bomb when it comes to your health. Your quality of life at that body fat percentage should be enough to make you want to change. If you don’t know how to change I totally understand, and that is where you need to seek out help from your doctor and allow them to point you in the direction needed to turn around your life.

It’s always best to check with your doctor before adhering to an exercise program or nutrition plan to ensure it is safe for you to do so. Any medications and physical limitations need to be taken into consideration as well.

When you look at the average male and female, where do they generally store their body fat? Men generally gain it around their midsection while women generally store theirs around their hips, thighs, and butt. Good news for women is that body fat stored below the waist is not considered as dangerous as visceral fat is that surrounds the midsection. Body fat below the waist is considered more as “storage” than it is as a potential health risk. So men, listen up!

In the first several years of life, boys and girls generally have the same body fat levels and fat cell size. Around the age of 8 is when fat cells in girls start to expand in size (not number). Body fat slowly starts to increase at this stage and then in the teenage years is when girls will experience even more fat cells and further changes in fat cell size. This is primarily due to hormonal changes due to puberty. While not always the case, women will tend to always hold more body fat when compared to men throughout their lifetime. Boys seem to have an easier time throughout their teenage years as fat cells do not tend to change during their adolescent years. It’s not uncommon to find around the age of 25 that most women tend to have around double the body fat of men the same age.

In general, body fat in men and women can be due to hormonal changes (yes, even in men as testosterone levels drop with age) as well as dietary choices. While to some degree the hormonal changes cannot be changed, your diet and daily exercise certainly can. Simply eating healthier options and a smaller portion size is a great step in minimizing and keeping body fat at bay as is 30 minutes of exercise each day. Hormonal changes on the other hand in both genders can be aided by the use of prescription drugs under the careful eye of a family practitioner. While these drugs can help, they aren’t the end all be all of riding yourself of unwanted body fat that has accumulated over the years while you weren’t paying attention to your health and food choices. Some people will search online for other methods to keep hormone levels stabilized, however, trying to use hormonal over-the-counter supplements is not advised.

While body fat is necessary for life, it can be dangerous. There are several uses for body fat in the body:

You simply don’t go from a six pack to keg overnight. The change comes over time due to poor choices. A broken record comes to mind of “calories in versus calories out” plays over and over in my head. But it’s spot on. If you find you’re taking in more calories than you expend during the day, you can find yourself quickly adding on the pounds over the span of a few short weeks. It only takes 3,500 calories to make up 1 pound. So if you take in an additional 500 calories every day (without changing your daily exercise routine) for 7 days you shouldn’t be surprised if you see your weight on the scale increase.

Gentlemen, the more body fat you possess around your midsection the harder the hit to your testosterone. Visceral fat is known to produce substances that attack testosterone production. Less testosterone means less lean muscle mass as well as the ability to grow more lean muscle and a higher chance of increased body fat. As your test levels drop, you will also find your overall energy levels diminishing. Low testosterone can put you at risk for medical conditions. It would be wise to get blood work done to see where your levels are at and if they are low it would be in your best interest to talk to your doctor about your options to get your test levels back up into the normal range.

So when is the best time to make a change? NOW! As soon as you are done with this article, check in with your doctor and mention that you are on a path to a new, healthier you. Don’t wait until tomorrow, or next Monday, or whatever excuse you come up with. The time in NOW!

Visceral fat is not something to brush off as there are several risks associated with carrying extra fat around the midsection. While people think of it as a “spare tire” more times than not they simply laugh it off as a few too many beers. Visceral fat is no laughing matter. So why should you care about a little extra weight around your belly?

An increase in abdominal fat increases your risk of:

The risks associated above cause hundreds of thousands of deaths every single year. Don’t be a statistic, be a survivor. Make a lifestyle change today and lower your risk of the issues noted above.

The million-dollar question of the day—how do we get rid of visceral/belly fat? It’s not as hard as you might think, and doesn’t require doing 1,000 sit-ups or crunches each day. The most difficult part will be adherence of a lifestyle change. Nothing drastic. More so of looking for better food choices and getting more active. Try to get in at least 30 minutes of exercise each day. This might mean getting up a little earlier every day or using your lunch break to fit in a quick workout or walk but in the end the benefits outweigh the “inconvenience” of changing your schedule. Overall, it’s not that difficult when you compare it to the amount of time the average American spends in front of the television each day.

Looking at your food choices isn’t that difficult either. When grocery shopping, almost everything you need can be found on the outside walls of the grocery store—fruit, vegetables, lean protein sources, eggs, milk and yogurt. All of the aisles that make up the inner portion of the grocery store are mainly things you should stay away from (processed junk, sugary foods, etc.). There are some exceptions such as frozen vegetables that can be steamed, even some canned vegetables and beans are good choices. You can even find nuts in the aisles of a store to get in some healthy fat sources. So while there are some healthy options on the interior, it’s the exterior walls that should make up the largest portion of your shopping trip.

Portion size also plays a key role in warding off belly fat. That meal you got at the restaurant is more than likely enough for 2 meals. Not only will that save your overall calories for the day, but your meal just saved you money by giving you a 2nd meal later.

Try to lose 1-2 pounds a week. Anything more and your calories are too low and you risk burning muscle rather than body fat. Also, don’t starve yourself as you’ll only end up slowing down your metabolism. Your body will think you are starving and rather than burning fat like you’d wish, it will try to hold on to and preserve every bit of fat you have in your body to protect it. The easiest thing to do is combine the three options above for the best results.