Was the Golden 90’s of Bodybuilding a Myth? 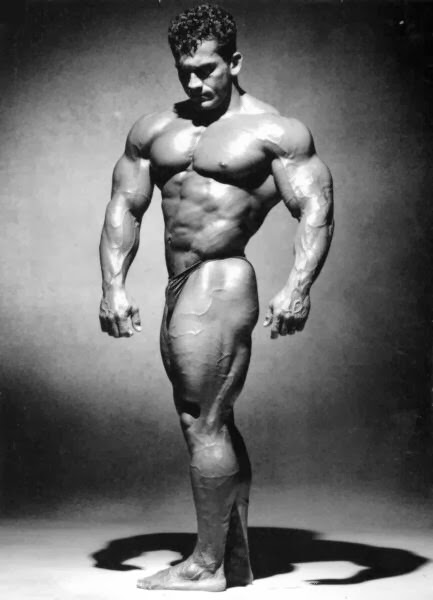 I have been thinking about the bodybuilding decade of the 90’s lately. A question that has come up from time to time is if its superiority compared to the contemporary pro lineups in fact is exaggerated. The 90’s – and in the beginning of it – was also the decade which me myself began with weight training. My interest for bodybuilding grew very quickly, and I was hooked almost immediately, wanting to know all about the sport, history and culture around it. As commonly known, some of prominent household names of bodybuilding at that time included, and to some extent still are Kevin Levrone, Shawn Ray, Flex Wheeler, Nasser El Sonbaty and Dorian Yates.

I myself have also been one of the advocates for the 90’s superiority due to the opinion of the combination of mass and sharp conditioning. What many of us didn’t realize at the time was that this era actually was going to be considered by many to be the best one ever, and even more mind blowing, 20 plus years thereafter. In addition, it is very rare that a sport or elite activity declines in development.

However when it comes to analyzing time periods an important thing to bring into context is the walking down the memory lane factor. I believe that we tend to forget this romanticizing aspect and that we sugarcoat the earlier decades to some degree. There are also other reasons why we think that the contemporary bodybuilders in general holds lower quality. One main reason for this is because of the extensive development of bodybuilding media.

The pictures taken back in the 90’s and earlier were often the best ones cut out for the magazines. We could see some private or amateur shots here and there but these were in general carefully chosen, if published. Fast forwarding into contemporary time, the whole media culture is a whole lot different. It has developed enormously over the years. Today we have social media platformslike Instagram, Facebook, YouTube, and other internet sites. Additionally, we get tons of pictures taken by fans, athletes themselves, and professional photographers with higher resolution cameras than in days gone by.

These additions to the media output leads to the observe having the possibility to analyze almost every good or bad bodybuilding pose going on in shows through videos or pictures.
For example, Kai Greene was in South Korea 6-7 months ago for business and guest posing. During his appearance his belly was a bit distended, and after just a few minutes the whole bodybuilding community would know about it.

In addition to that occasion, a lot of bodybuilding YouTube channels brought up the belly topic and discussed it which led it to going even more viral.
Then we have the forums. Sure, they are a perfect way to communicate and share information for both fans, promoters, companies and the competitive bodybuilders themselves. However, the freedom of sitting behind a computer screen with an anonymous nickname comes with a price which sometimes is incredibly negative.

The negative parts of the forums happen from time to time when people are for example trolling or at times exaggerating the weak points of the bodybuilders or just spreading false rumors. In addition to rumors; true or not, it is quite easy to create shit storms, and they might spread all over the community. Sure there are a few rules and moderation of a lot of things slips and the trolling or other online negativity gets attention even if it is eventually deleted.

However, I agree that the boards also should include criticism of bodybuilding. It is one of the main reasons why people are there, but at times it goes too far. And when that happens it is easy to believe that the previous golden decades were so much better, because at those periods there were no forums or even internet at all.

The bandwagons of shit talk, with people going on at times on the forums, where people – for various reasons – hate and criticize the contemporary bodybuilders, sometimes not even with a legitimate reason. Just imagine the boards on MD or Bodybuilding.com when Yates competed with his torn biceps and won over Nasser. The forums would have turned into digital board versions of the 1992 LA riots! I’m not saying that Nasser should have won; I’m just focusing on the impact of this occasion if social media existed back then, and all the disagreements and anger from the ones who didn’t support the decision – plus the aftermath in the following months.

In addition, If we would have taken the old shows of the golden 90’s and exposed them for media cultureand forums of today, I’m more than sure that we would have witnessed a lot more criticism of bodybuilders competing in those line-ups. However, the negative sides are something we have to live with because the benefits of social media, such as sharing information, are still more positive than negative.

So to the question: Was the So-Called Golden 90’s of Bodybuilding a Myth?

Conclusively, I still believe that the 90’s had better quality in general, however, it’s an exaggeration when people say that a Kevin Levrone or Flex Wheeler would have beaten a top conditioned Phil Heath or Kai Greene easily. Those statements are completely wrong from my perspective. A Heath or Greene at their best would be extremely hard to beat even if you belong to the golden 90’s.

As mentioned, I wanted to emphasize the media culture and how different it was 20 plus years ago and what effect it has on the sport of bodybuilding today. Good and Bad: social media has amped upthe exposure of the athletes, which in turn also has opened up for more extensive criticism – which combined with romanticism leads to that it’s easier to believe that everything was so much better back in the day.