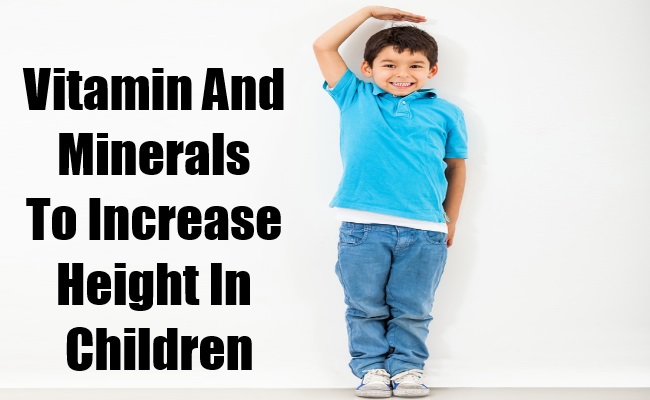 We’ve all been there. Or we had friends growing up that were well… short. Many of them got picked on for their size or picked last when playing ball on the schoolyard. Heck, looking at bodybuilders today, it makes you wonder if they were one of the smaller kids growing up since many of them are in the lower five-foot range.

Finally, Kids with short stature might have something to cheer about! With a recent study, a supplement combo might help change things if you find your kids “vertically challenged”.

The study was conducted in Thailand by a group of researchers who used 140 healthy kids that were between the ages of four and thirteen. There were two groups used in the study—one group was a control group who received a placebo and the other group received the combo of zinc and multivitamin. The zinc used in the study was zinc bis-glycinate which contained 20mg of elemental zinc (chelated zinc so that it had better absorption). The multivitamin used contained the recommended daily allowances of vitamins A, B1, B2, B6, B12, nicotinamide, and vitamin D. Each group used the placebo or supplement combo five days a week for a total of six months.

At the end of the study the group who took the zinc with a multivitamin grew on average 4.9cm during the six months while the placebo group grew on average 3.6cm. This showed the group supplementing with the zinc and multivitamin on average grew an extra 1.3cm over the span of six months. The researchers stated they started seeing a height difference between the groups after only two months into the trial. Researchers also noticed that the weight of the kids who were below their weight standards gained more weight using the supplement combo. There were zero adverse effects reported during the study. One researcher spoke about possibly other methods of getting kids the zinc and vitamins when mentioning that “larger multi-site trials and alternative methods of delivery like food fortification should be considered to improve the growth of school children in endemic areas of zinc deficiency.”

If your children don’t seem to meet the standards for height according to their age, it appears that you might be able to do something about! Mention this study to your pediatrician.