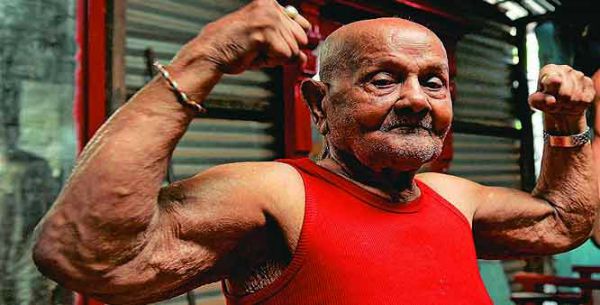 There has been a ton of hype surrounding virtual reality fitness as well as a lot of skepticism. The thought of putting on goggles to put yourself into a virtual environment and “working out” just doesn’t seem like it belongs in the same sentence. Most people are used to picking things up, putting them down, and doing some form of cardiovascular activity. However, now researchers are finding that virtual reality fitness may be truly beneficial, at least for the elderly.

One thing that does a lot of damage to adults who are getting up in age are falls. Falling as we age can cause many different forms of injuries. These injuries can cause people’s quality of life to suffer. For this reason, researchers gathered around 300 individuals between the age of 60 and 90 who previously suffered a fall to take part in a study—the average age for all participants was 74. In the 6 months prior to the study, the individuals who agreed to help with the study fell on average 11.3 times in that 6-month period. The researchers tallied that 130 of the participants had Parkinson’s disease, 43 had a mild form of cognitive impairment, and 109 had a history of falls without a clear reason why.

After the study the researchers found that both groups showed improvements in walking speeds and moving around obstacles in their path. However, the virtual reality group did show a more significant improvement overall. They also followed up with the participants to see if any changes took place with the amount of falls they were experiencing over the span of 6 months’ post study participation. What they found was that those who used the virtual reality system fell significantly less than the control group. While the control group did have less falls compared to previously, the change was minor.

The researchers mentioned, “Our idea was to use the virtual reality environment to safely train both the motor or gait aspects that are important to fall risk, while also implicitly teaching the participants to improve the cognitive functions that are important for safe ambulation. The study showed that this type of training is effective in reducing falls and fall risk in a large diverse population. Thus the findings support the use of motor cognitive training to enhance health and reduce fall risk in a growing older population.”