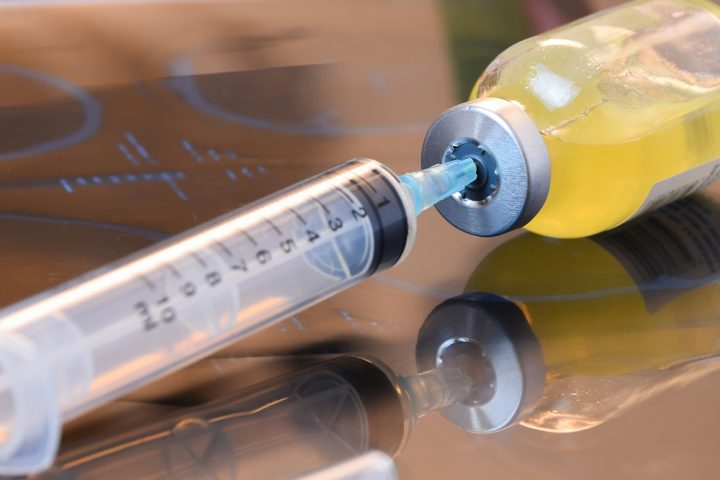 I’m sure we all have seen the photos on the internet of a Canadian competitor by the name of Kenny O’Neil. He has been known as the guy with the pointy, horn-like shoulders on stage. Kenny tried to tell his side of the story while on a “Live With” episode hosted by Dave Palumbo and Rx Muscle. Dave asked some great questions and some of the answers we heard seemed to make people even more upset.

In an interview where Kenny had the ability to come clean about the issues with his shoulders, he seemed to dance around many questions, ultimately giving the answer we expected him to give, which none of us believed was the truth. There were even times during the interview where he went from calm to completely defensive and angry, pointing fingers at people and seemingly looking for an exit strategy from the question.

For those who don’t know much about Kenny, his dream is to be an IFBB Pro Bodybuilder—other than being a father and musician, that’s the only other thing he wants in life. His work ethic is apparent, as he indeed has a decent physique. But the bodybuilding lifestyle seemed to have got the best of him and his drug use seemed to keep widening in order to get the results he wanted. This also raises the question about how much of the sport of bodybuilding is due to hard work versus chemistry? You obviously need to put in the time at the gym, but how much of those results could be had without the use of numerous anabolics. The laundry list that Kenny mentioned on the “Live With” episode even left Dave saying he’s using a lot and at very high dosages.

Kenny told us that his shoulders have always been a strong point with his physique and never had any issues making his shoulders grow. Photos he posted to social media last year attest to that as his shoulders were indeed wide with a round cap on them. But he mentioned before a recent show in Canada that he decided to pin both shoulders for some added size. He told us that a few weeks before the show is when his shoulders seemed to get an infection which caused the abnormal look to both deltoids. He said he noticed they were getting bigger and warm but said they didn’t really look abnormal—which questions if he could be blind and deaf. His arms were also looking soft probably due to the infection. He mentioned that no one around him said anything about his shoulders looking totally deformed, which I find extremely hard to believe. He said everyone was giving him looks and saying how great his shoulders looked.

During the show, photographers were working their fingers to the max with taking photos of the guy with horns growing from his shoulders. Those images immediately went viral. Looking at the images, he also had trouble controlling his midsection during the show. Overall, despite him saying going into the show that he thought he would easily win since he was twice the size of everyone, the only thing he seemed to take home was criticism from just about everyone who looked at his physique in the audience and all over the internet.

If you look back at photos from him earlier in the year, he showed the same abnormal growth from his shoulders while taking a picture of himself in an elevator. He said it was
“bad lighting” but I’m convinced that no one was buying that. That’s not the only photo he posted of himself that also showed the medial heads of his delts looking odd.

If you ask me what my opinion is, he’s clearly shooting something into his deltoids, and it wasn’t a one-time occurrence that went bad. In my opinion, this show unfortunately was poor timing for an injection to go sideways having a reaction within the muscle and exposing a bodybuilder who’s trying to do whatever necessary to reach the pro ranks and get recognized.

I may have been born in the dark, but it wasn’t last night

This raises the question, “do these bodybuilders’ really think we’re dumb?” I mean honestly… Do they really think people will believe they aren’t shooting oil like synthol into their muscles? Or better yet getting implants. One of the most criticized people in the bodybuilding industry, Bostin Loyd, mentioned that he felt Kenny had shoulder implants—which might be an accurate statement. Looking at Kenny’s photos he went from having nice round shoulders to have what looks like tumors growing out of them. So the likelihood of him having implants or shooting an extreme amount of oil over a very short period of time seems plausible. I thought his shoulders looked good before the abnormal growth happened so I’m not sure why he would have wanted to make his shoulders bigger.

Kenny is one of many bodybuilders who unfortunately was on the receiving end of humiliation due to injection problems. 9 times out of 10 he could inject (anything) and have zero issues. But this one time where an issue arose was right before a show and he wasn’t able to get medication to kill it off or have his body fight it on its own and bring that swelling down.

Should he have sat out of the show and let his shoulders drain if inflammation is truly the reason why his shoulders are horned? Probably. He said live and learn and that he’ll come back stronger the next time—which I hope he does. But from photos back in February, his shoulders were looking off even back then (about 5 months before the show exposing his horns). So whatever is going on regarding his shoulders I really don’t think is going to change between now and his next show. Might they go down in size a little? Maybe. Only time will tell. I hope he comes back better than ever though and shows he has what it takes to earn his IFBB Pro card.