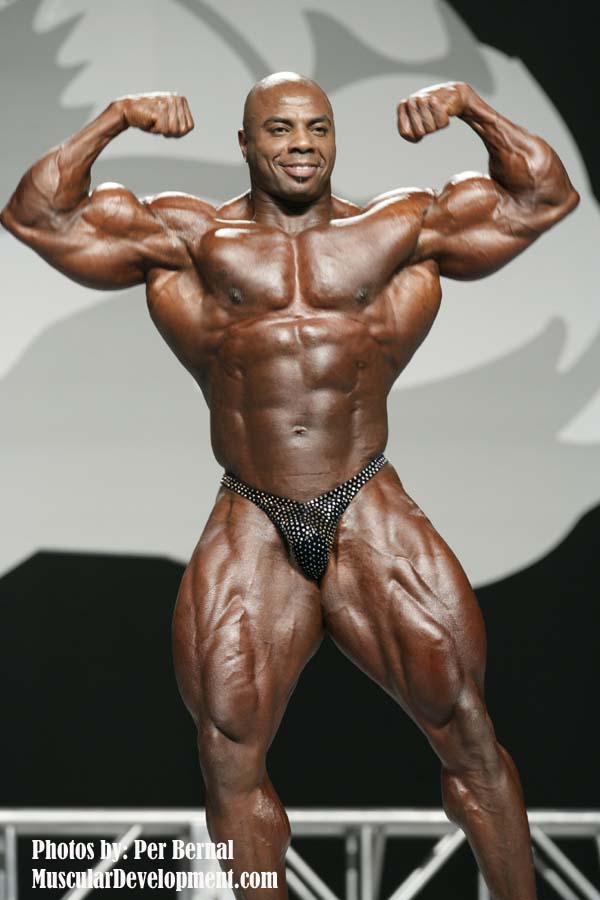 We all witnessed the departure of “The X-Man” Toney Freeman from the IFBB in early 2016. His sending off party was full of IFBB bashing, finger pointing, and a whole lot of promises of “something better” in where he was going. More specifically, the Nspire Sports League (NSL), run by former Texas NPC chairperson, Lee Thompson, who also had his own beef with the NPC/IFBB in which during his departure filmed videos publicly calling people out.

Looking back, I wonder if Toney has any regrets? I’m sure he’s getting paid more now than he was in the IFBB since Lee is using Toney (as well as Erin Stern among others) as headliner athletes. But has Toney really been actively competing in the NSL? Nope. He’s doing seminars/workshops for Lee. I guess being paid to be a headliner and not competing is paying dividends for Toney. What exactly was Toney looking for though in order to come over to NSL? Did he think he would go over to NSL and start taking home 1st place trophies left and right? The headlines lit up when he announced he was leaving the IFBB. Yet there’s really no big press in the industry about anything that he’s doing at NSL. I see some pictures on the NSL Facebook page showing he will compete towards the end of 2016, but that is to be seen.

So was Toney’s leap in order to go to a league that has “fairer” judging, or was he paid enough money to badmouth the IFBB and jump ship to NSL where he could basically retire, hop on stage a time or two each year and collect a paycheck for the NSL using his name and image? While he was known as “The X-Man” in the IFBB, they weren’t using him or his name as a main attraction. He’s no spring chicken anymore and even had some issues with the law. So why would the IFBB want to use him, he wasn’t even winning shows. Sure he was still in great shape for his age, but let’s face it, even with age as a factor, he still couldn’t beat Dexter who’s also up against father time. So Toney had to see the writing on the wall that his career in the IFBB was just about over, especially with the new blood entering the IFBB.

Another thing that raises an eyebrow is that if Toney was so against the IFBB and wanting to break free all the stuff going on then why wouldn’t he change is social media names? On Twitter he is still posting under @IFBBProTFXman. Sure, he has a ton of followers, but changing his name wouldn’t affect anything. He’s even done TBT posts of his days in the IFBB and some of his wins along with talking about how excited he is about upcoming IFBB shows. How confusing.

Does anyone hear about Toney Freeman or even Erin Stern these days? Nope. Completely disappeared from the industry it seems. Which is honestly a shame, I respect both competitors and what they have done for the sport. So if either athlete made the move to try and boost their career and bring it back to life, it unfortunately backfired.

Is anyone even taking NSL seriously? After looking at the website it’s clear that there are competitions going on. Yet there is no talk about them anywhere in the industry other than on the NSL website and social media. I don’t want to sound totally negative about NSL, after all, I like the fact that there’s another league out there for competitors to join and showcase their physiques and hard work, but it doesn’t appear like anyone else with a name has jumped on the bandwagon to join the movement.

The IFBB does seem like it has a monopoly in the industry but yet they’ve earned their recognition for putting on so many shows, marketing it extremely well, bringing in and branding some of the best competitors in the world, and giving out extremely high prize money for winning big shows.

What does that say for Lee? Does he consider NSL a success or a failure? Or maybe it’s too early to say. But one thing is for sure, right now he’s a small fish next to the giant whale of the NPC/IFBB. Despite his flashy fashion sense and monologues, there isn’t much pizazz going on in the industry surrounding the league. So why aren’t athletes leaving the NPC/IFBB to go test the NSL waters? Would there be a backlash if they left and then decided to come back to the NPC/IFBB? Maybe. Or maybe everything Lee and Toney have said about the NPC/IFBB isn’t true? But let’s not be naive in thinking that there aren’t some shady things going on in the NPC/IFBB. Lee does have a point when he says there are some deceptive things going on behind the scenes.

Come at me bro

Lee and the NPC/IFBB have been suing each other back and forth for about a year. It doesn’t seem like either party is going down without a fight. Thompson served Rafael Santonja papers for tax fraud along with other illegal activities at the 2016 Arnold Classic in Columbus, OH. Many think this is a ploy to help get the NSL name out there while dirtying the IFBB waters. They also believe this could just be a way for Lee to try and stay relevant in the industry. Who knows?

Either way, I don’t see Toney Freeman begging to go back to the IFBB any time soon. And I highly doubt they want him back at this point. Likewise, I don’t see Lee Thompson rolling over and giving up on NSL. I hope things blow up for him and it brings over more IFBB competitors or bring more competitors into the industry as a whole. The NPC/IFBB simply has the name and I guess you can say “reputation” in the industry as being the top dog in terms of organizations. I wish Lee and all the competitors the best of luck. There’s nothing wrong with friendly competition and all it does is make everyone else work hard to become better.