The Truth About The 2016 Arnold Classic Judging 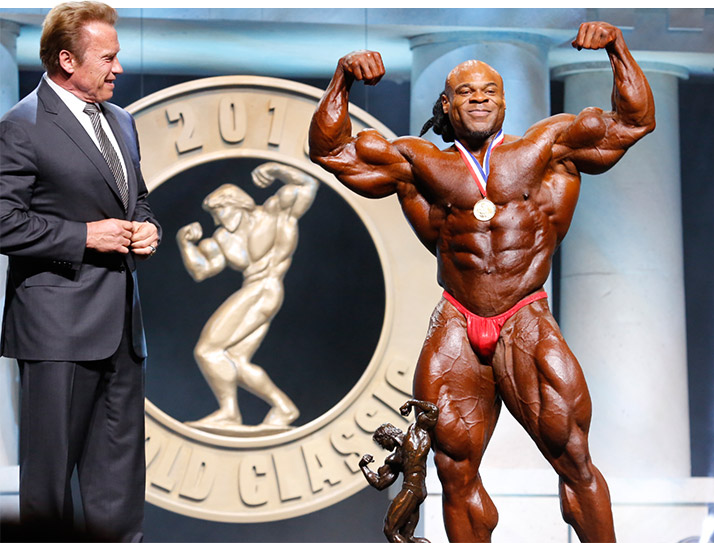 The 2016 Arnold Schwarzenegger Classic has come and gone, and has provided us with plenty of drama and controversy to talk about over the last ten days or so. The funny thing is, if people actually did their research, and knew exactly how the show was really scored, the controversy would shoot right into a different galaxy. So, here it is. I am going to unveil the way that the 2016 Arnold Classic was actually judged, and debunk all the nonsensical fallacies that have been spewed about the show since it came to an end. These fallacies include industry insiders, even the head judge, seemingly having no idea how the event was scored, the judges picking and choosing which posing routines to actually judge, and of course, how Branch Warren ended up in fifth place.

It has been brought up several times that the judging was always scored, up until about eight or ten years ago, so this is really nothing different. This is true, but most people usually miss the main point here. This point being that it was never really judged, it was only said that it was judged. This is not an opinion, it is fact. Dorian routinely beat Shawn Ray in the posing round, and Ronnie Coleman often defeated Melvin Anthony, as well as Darrem Charles in the posing round. If that is not irrefutable evidence of the posing not being scored, I don’t know what is. This year at the Arnold, a very similar scenario played out, only in an even more confusing fashion. For my money, none of the routines were scored at all, with the exception of two routines, the two routines that decided the winner, conveniently enough.

Possibly the worst part of this entire debacle is the fact that our industry insiders who we trust to give us valid information, as well as the head judge himself, either have no idea how the show was actually scored, or even worse, they are blatantly lying to us for some reason. Please listen carefully. Kai got 9 points at prejudging (round one), Cedric got 6 points at prejudging, Kai got 7 points at the finals comparison (round three), Cedric got 8 points at the finals comparison. Some very easy math tells us that Cedric wins this show by two points (14 to 16) if you do not count the posing round (round two). Look at the scorecard, it is very clear. However, Steve Weinberger, who was the head judge at this show, insists on saying that Kai would have won the show by one point had the posing round not been scored. In fact, Dave Palumbo did a great video with Steve where they break down the show in-depth for the fans, but they both continue to throw out false information about the scores, as Dave Palumbo also continues to make statements about Kai winning even if the judging was not scored.

Why is it that the contest’s head judge, as well as one of the most respected media personalities in the sport both seem to have both made up their own story about the judging, without looking at the scorecard? These two are not the only ones, these false statements can also be heard at Muscular Development by their experts as well. The only guys who seem to know the truth are few guys on the bodybuilding forums, who nobody will listen to. A similar paradox was seen at the 2012 Mr. Olympia, when Bob Cicherillo made a joke about the show coming down to a one point decision between Kai Greene and Phil Heath, when in fact it was not even close to a one point decision, Phil won the show unanimously. Now, it was very clearly a joke. If you were even half paying attention it would have been very obvious that Bob was joking. Yet, sure enough, many of the industry’s top minds thought that it was in fact a one point decision, and some still do to this day.

Now let’s get down to the nitty gritty. In reality, the only routines that were judged in the open were those of Cedric and Kai. How do I know this? I know this because unlike the majority of the bodybuilding media, I actually looked at the scorecard. What a novel idea I had! The scorecard is proof that no other routines were really scored. How is it proof? Well, first of all, every single competitor from third place to last place was relegated to the same exact placing in the posing round that they were in the physique rounds. Not one single competitor made up enough ground in the posing to change their placing, except Kai of course, who was somehow able to make up about 17 light years. Do you need more proof that all the other routines were not scored? Look no further than Toney Freeman. Toney probably had the best routine of the entire show outside of Kai and maybe Cedric. Where did he place in the posing round? Dead last. Lukas Wyler, who was handily the worst poser in the entire show, beat Toney in the posing round by a significant margin. Justin Compton, who not only looked pretty bad at night, but is also not a very sound or entertaining poser at all, mutilated Toney in the posing round, beating him 22 points to 56 points. I rest my case. If someone can explain to me how Lukas Wyler beats Toney Freeman in a posing round, I will revoke everything I said in this article. Good luck.

Now we come to Branch Warren. First off, I think Branch is an awesome guy. I love his no bullshit approach and unmatched work ethic. That said, what is going on with his placings? No person I have talked to or listened to agreed with Branch being in fifth. Even Bob Chick, his all time greatest supporter, was on the fence for Christ sake. The story of Branch Warren placing so high was that he came back way better at night and made up ground, blah blah. This is true to a degree, but not really. Branch was tied for fifth at the prejudging, and was very close to placing fourth at finals. He was never really at risk of placing out of the top five. The biggest shock here is Branch beating Maxx Charles at prejudging. Somebody please explain to me how Branch Warren, who has torn up lats, a torn pec, a wide waist, asymmetrical quads, and had water/skin folding over his trunks in the back, was able to best Maxx Charles at prejudging, who was granite hard, the widest guy in the show, and sported a very small waist? Good luck making that case.

As one can clearly see, this year’s Arnold Classic judging was a complete debacle. Why did the judges allow Kai to win the show exclusively with his posing, but refused to let even one other competitor move up or down with his posing? Why do our industry experts either have no clue about how the show was actually judged, or are lying to us about how it was actually judged? Why on God’s green earth did Branch Warren beat Maxx Charles? Let me be clear, I am not trying to bash the IFBB or anybody in it, I am simply a hardcore bodybuilding fan who does not like to be utterly confused and/or lied to about how one of our sports greatest events went down, and I am certainly not the only one. No true fan of any sport should ever hold back his or her questioning of decisions and/or funny business.