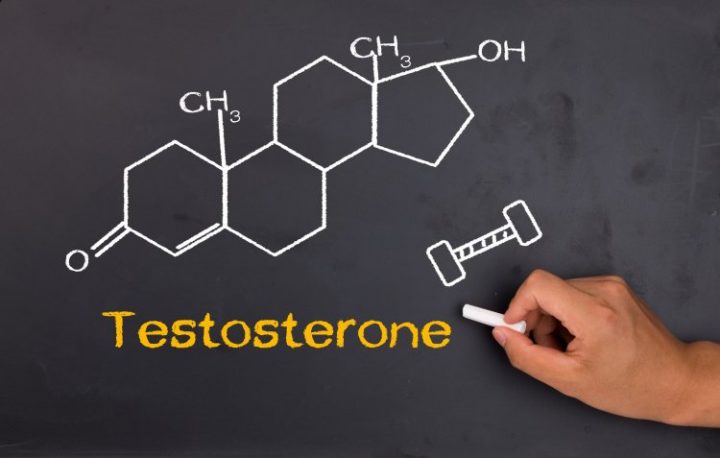 I can’t imagine that there is any other substance found naturally in the human body that’s been more controversial than the hormone, testosterone. Even though it’s naturally produced in men, and in low amounts in women, its synthetic version is a Schedule III narcotic. To put how ridiculous this is into perspective, a comparison can be made to the female hormone estrogen. Like testosterone, estrogen is produced by both men and women. Estrogen is produced in much higher amounts in women. This hormone is what makes a woman a woman, and testosterone is what makes a man a man. High levels of estrogen in women have been reported to increase the risk of breast cancer.

Even with the potential risks with women taking estrogen, the government has recently loosened restrictions on this hormone. In the past, a trip to the doctor was required to get a prescription for birth control, which is simply a synthetic form of estrogen. Women are now able to bypass seeing a doctor in some areas to purchase birth control. While taking a synthetic form of estrogen as birth control will differ somewhat from a woman taking the hormone for estrogen replacement, I suspect this form of treatment will soon be easier to access as well. Overall, it’s becoming easier to access synthetic estrogen for a number of treatments for women. Men on the other hand, will still have to jump through hoops in order to even be considered for testosterone therapy. Being considered a narcotic won’t change any time soon, and neither will the stereotype associated with testosterone.

Most hormones are viewed as being vital for the body to function properly. Testosterone is the exception. Its wrongly considered more harmful than beneficial, and it’s often disregarded as a form of medical treatment for men that suffer from low-testosterone. It’s not uncommon for a doctor to ignore treatment of Low-T, while allowing the patient to suffer from the symptoms associated with this disorder. This is a result of the negative stigma attached to testosterone.

Testosterone is only approved to be prescribed to treat hypogonadism (low-testosterone). It’s often taken by men to increase strength, increase athletic performance, and to ultimately improve overall appearance. A doctor usually wont prescribe testosterone for any of these reasons, and this leads to men turning to the black market to obtain testosterone. The problem with this is that the buyer has no idea whether or not the testosterone bought illegally is sterile or dosed correctly. Another issue that black market users run into is that their bloodwork is not being monitored by a doctor while taking the testosterone.

Taking testosterone for appearance reasons is generally frowned upon by physicians, even though it can be prescribed and monitored in the same manner as when treating low-testosterone. When an individual wants to take testosterone to add more muscle and improve body composition, the medical community draws the line. At the same time, plastic surgeons are performing liposuction to suck out the body fat, injecting Botox to reduce wrinkles, and inserting implants in just about every region in the body now. These are all medical procedures performed by medical doctors for one sole purpose, and that is to improve appearance. These procedures come with their share of risks, and rarely are they done to treat a legitimate medical condition. Today, men who decide they want to be women are given synthetic estrogen, and women who feel they want to be men are given testosterone injections. Now, if a healthy man wants to take testosterone just to improve his appearance, it is considered unacceptable. Testosterone is given to women who want to change their identity, but it can’t be prescribed to men who want to look and feel better.

Hormone replacement clinics have been treating aging men with low-testosterone for decades. These clinics have become very common within the past few years, and the number of testosterone prescriptions have been on a constant rise. The doctors within these clinics are much more educated about testosterone than most general practitioners. They are also much more relaxed with writing prescriptions for testosterone for anti-aging purposes. Patients treated in these clinics will often be prescribed a higher dose of testosterone than what a general physician will prescribe to treat Low-T. Keep in mind that most of the patients treated at hormone replacement clinics are middle to late aged men who want to look better, feel better, and increase their sex drive. Only a small fraction of these patients live a dedicated bodybuilding lifestyle. The doctors that practice in hormone replacement are more open to testosterone treatment, in comparison to most doctors. They kind of have to be since that’s what their business is based around. The stigma with testosterone isn’t as bold in this business, but they still have hang ups when it comes to men taking testosterone in order to build 20 inch arms.

The group that has received the most negativity over testosterone use is competitive athletes and bodybuilders. It’s hard to say why this is exactly. Maybe because competitive sports display a high level of masculinity that can be measured, and some men may want to convince themselves they never reached the pinnacle of a particular sport because the playing field wasn’t level due to testosterone use among other athletes. It could be a number of reasons, but the fact is, there is a negative stigma attached to testosterone in regards to its use by an athlete. Many actors and hip hop stars have been linked to testosterone or steroid use to improve their appearance. For some reason, people could care less, but when an athlete is accused, everyone blows a gasket.

Testosterone is prescribed to treat low-testosterone, but it’s purchased more often on the black market to increase muscle mass and athletic performance. Maybe if it wasn’t obtained illegally as common as it is, it wouldn’t carry the stigma it does. On the other hand, if it didn’t carry the stigma it does, it could be obtained legitimately through a doctor for the sole purpose of increasing muscle mass. Like estrogen, testosterone is just a hormone produced naturally by the human body, and it should be regarded as such.