The Struggle Over Splenda 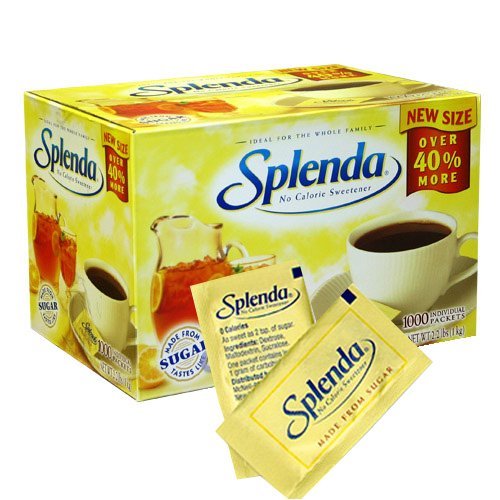 With the amount of people lining up to get their favorite coffee in the morning, more and more people are looking for healthier options than sugar and the artificial sweeteners that contain aspartame. When Splenda hit the market people were doing backflips as they could now have their java fix without any supposed health risks. And then came the reports that Splenda causes cancer.

The headlines lit up the night sky like the fourth of July with claims that Splenda has been found to cause cancer. “Say it ain’t so” said everyone! Well here’s the bottom line… Splenda has not been proven to cause any types of cancer. The study that was published saying such is simply not credible and only done on rodents, not humans.

Dr. Morando Soffritti, the director of the Ramazzini Institute in Italy is the gentleman who initially broke the news about his study showing Splenda caused cancer. Again, his study was done on mice, not humans. As we all know, mice and humans aren’t directly correlated so there is no 100% accurate conclusion that what is shown in mice translates over to humans. Not only that, but at closer examination, the breakdown of the dosage given to some of the mice was equivalent to 400-12,000 Splenda packets per day for the lifetime of the rodent. Just to give you some sort of comparison, on average, Americans generally use anywhere from 3-5 packets of Splenda per day.

Soffritti has taken some hits over the years for his work which raised some red flags when this study first broke. Unfortunately, the media ran with the story without fact-checking and unleashed a whirlwind of concern across the country. The FDA came out and said that due to the shortcomings with the study that there would not be a change to the sweetener’s regulatory status and that it is still considered a safe alternative to sugar.

So what do we have to look forward to? Since the late 90’s, we’ve been blessed with the choice. The choice of natural or artificial sweeteners. The differences between the two could in itself be its own article. But to stay on topic and focused, we are specifically talking about sugar versus sucralose (Splenda). The masses started switching over to sucralose for all their sweetener needs, whether it is in coffee, for baking, or sweetening your favorite chilled beverage such as soda (pop for some of you—which everyone should try to limit anyway) or tea. Sucralose is around 600 times sweeter than sugar, so less is definitely more in this case. The fact that it can be used for baked goods definitely keeps the overall sugar and carbohydrates in the “goods” lower than if adding sugar.

How much Splenda (sucralose) is considered acceptable? The FDA has set the intake of sucralose to 5 mg/kg of body weight per day for Americans. This is the acceptable dosage to be used every day over the lifetime of the consumer without any adverse effects. So in closing what does this all mean? You CAN have your cake (with Splenda) and eat it too.