The Rough Pitfalls of Pro Bodybuilding! 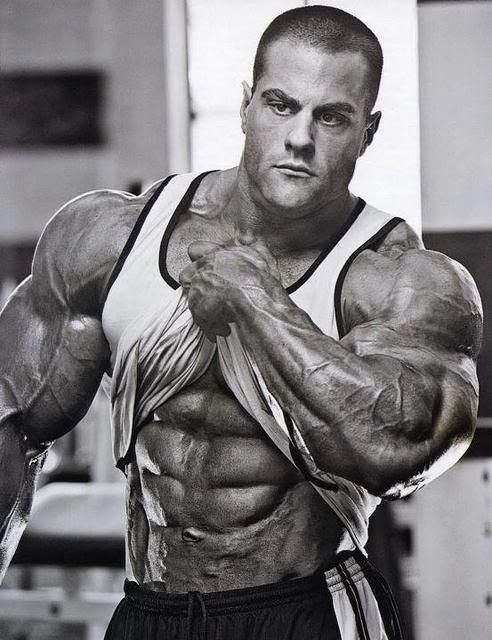 Over the last decade new divisions in the IFBB and related organizations have been popping up like mushrooms on a hot humid day. The most prominent ones: Bikini, Men’s Physique, Figure and Women’s Physique to the latest addition Men’s Classic Physique in a quite successful fashion, at least in regards to attracting new competitors, business opportunities plus new fans.

However, when it comes to the original division, where all other classes derive from, Men’s Bodybuilding, it’s a common line of thought that there is an ongoing decline in many ways.

The most voiced critique points out the lower quality of conditioning among the contemporary competitors compared to earlier decades. The pros of today are in general bigger than in previous eras, but the golden combination of conditioning, symmetry, muscularity which brings the complete competitive package is more or less always absent.

In relation to the declining bodybuilding world, we have already seen female bodybuilding vanishing quite fast over time. Just a few years back the category lost its major championship – the Ms. Olympia contest – along with additional pro shows as the promoters decided to cancel the class and instead replace it from time to time with the Women’s Physique division. Being a supporter of Female Bodybuilding or not, the trend is there, bodybuilding in general is losing ground!

Furthermore, even if the Men’s Open and the 212 division is still quite popular and a few new shows also arise – like the global expansion of the Arnold Classic; other promoters have already begun to get rid of Men’s Bodybuilding, at times opening up room for Classic Physique but in other times closing down the class entirely.

Although fans and spectators of the sport are still relatively excited about the bigger shows such as the Mr. Olympia and the Arnold Classic the feeling and depth of great competitors clearly isn’t the same anymore.

One of the most conspicuous reasons to why Pro Bodybuilding today is declining is due to the fact that the sport has already met and gone beyond its evolutionary peak. The evolution of any field of nature doesn’t always mean development in a better or more sophisticated direction. Sometimes the evolution instead means that an end of an era is arriving or that species or creations of nature are getting closer to its mortal blow.

Sadly enough, this is equivalent to the history of bodybuilding and its peak which occurred a long time ago. Men’s Bodybuilding is still alive, but not flourishing, and we will never see the power and strength as were seen from the 50’s to the middle of the 90’s ever again.

However, as a form of resurrection to the decline, and what is probably is going to be one of its life supports after it completely vanishes from the show schedules is the newly created IFBB division Classic Physique. As commonly known today, this division is a form of retro bodybuilding or a replica of the golden era where it brings together all the pieces of old periods including criterias of smaller waists and symmetry plus balance which was more standard then than bodybuilding today.

The retro-concept seems to have the ability to re-awaken the old school fans of bodybuilding but also attract new competitors who have the genetics which fit the criterias compared to today’s bodybuilding classes. Classic Physique as a division might actually just be as close to the golden era of bodybuilding we will ever come to again.

Another factor in the decline, is the fact that there is ‘too much of everything’ on the show schedules these days – both when it comes to the amateur and pro level. At many NPC/IFBB shows there are both amateur classes from Bikini a, b, c, d, to all other various divisions of Men’s Physique to all the other pro divisions, etc.

Sure this is positive in regards to the fact that more people with various body types or genetic variations will have the ability to compete in the world of fitness plus that the economic fitness market is growing and more people get involved, but this also creates a form of overshadowing the forefather of it all, bodybuilding.

And newcomers to the competitive part of the fitness & bodybuilding world might choose to compete in divisions like Men’s Physique because it’s an easier way even if they have the genetics to become really good bodybuilders. That alone makes a loss of possible potential to save the division and to keep it vital.

The situation of multiple competitive choices can also be compared to having too many channels and programs on TV to watch. It will in some ways become difficult to concentrate on what show you should watch and follow. It can also be compared to the ease of downloading movies or other forms of entertainment media. It loses the excitement factor to some degree.

In addition to the expanding fitness market, the expos use to be built around the bodybuilding show, now it’s the other way around; the shows have a smaller part on the side of the gigantic expo, if it’s lucky.

Another change in the world of bodybuilding is that more bodybuilding promoters and business investors and competitors coming from the Middle East and the Arabic countries. One of the more prominent Arabic business names at the moment is Bader Boodai and his Oxygen Gyms in Kuwait. Boodai has invested a lot of cash to see bodybuilding grow in his country and the Arabic world. He has also opened his doors to some of the international top pros of bodybuilding today to come and train at his facilities. For example athletes like Roelly Winklaar, Victor Martinez, and Nathan De Asha to name a few.

This a golden opportunity for athletes to just focus on training, eating and sleeping – freed from other distractions. In contrast to the bodybuilding bloom in the Middle East, Gold’s Gym and Venice Beach, what use to be ranked as the greatest place for bodybuilding in the world is losing its prominent status as the ‘Mecca of Bodybuilding’ year by year while gyms like Oxygen Gym just grows and attracts more pros to join them to try out their high octane anabolic chicken and their excellent gym environment.

Conclusively, sure there are some positive factors when new regions outside the western world invest in bodybuilding. However, at the same time this is a sign that the western world is beginning to lose its touch and grip of the pro bodybuilding world if we see the many declining factors the west is facing. The American Power House as basically the owner of Pro Bodybuilding which in general always has a massive stronghold in US is beginning to lose ground.

Furthermore, it is highly doubtful that American supplement companies will have the same drive or even possibilities to make the same kind money in the Middle East due to cultural differences and that the fitness environment in general isn’t that strong as it is in the western world even if competitive bodybuilding itself is quite popular.

In addition to new power promoters of the bodybuilding world, it would not be a mega surprise if the Mr. Olympia Weekend will be bought one day and would be held in Dubai or Kuwait in 10-15 years from now – something which would imply that the center of the sport would not exist in the western world any longer.

Whatever will come to pass in the following decade one thing is for sure, and I have mentioned it in previous columns. It is the most important one. Although the competitive form of bodybuilding as we know it today will vanish in 10 years or maybe even earlier; the original culture of bodybuilding where the bodybuilder goes to the dungeons of free weights… that bodybuilder who sometimes works as a lone wolf, and other times in a pack, the one who goes toe to toe against his inner self; the one who is testing his limits in the gym through strength and pain while sweat runs down his forehead and builds confidence by doing so, that guy, he will never be effected when the tides are turning for competitive bodybuilding. He will always be around regardless of the changes in the competitive pro community, he will always prevail!