by Matt Weik If I were to tell you to increase your protein intake you would look at me like I was half smashed off a bottle of Jack Daniels. 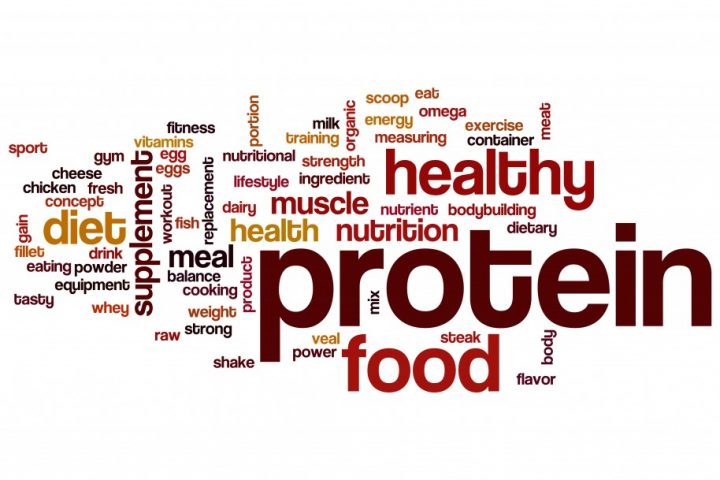 If I were to tell you to increase your protein intake you would look at me like I was half smashed off a bottle of Jack Daniels. It’s common sense to have a moderate amount of protein in your diet—that’s nothing new, right? But for some people the word protein is like saying the word “curmudgeon”. The word is real and exists, but people aren’t sure what to do with it or how to use it. Those outside of our industry might not understand the uses for protein or the benefits of having it in their diet. Many of them think it’s just for people who pick things up and put them down to get big and strong—and their right. But that’s not the only reason you should be taking in more protein through your diet.

A new era in nutrition

Times have changed from back in the day when you bit into anything that resembled a protein bar or sipped a shake and it left you wondering why someone added chalk to the recipe. Those days are long gone. We now have amazing food and snack options that are high(er) in protein. The United States is leading the protein crusade when compared to places such as Europe and the Asia Pacific region. We now see items such as Snickers with protein added (not that eating such a bar is healthy). In 2014 a study conducted by Mintel was published showing that a third of the consumers found in the United States, China, and the United Kingdom were increasing their protein intake primarily to help them put on lean muscle mass—people like you and me.

Putting on lean muscle mass is great, but that isn’t the only benefit to including protein in your diet. Studies have shown that by increasing your protein intake not only do you feel fuller for longer, but it also helps with weight management. As the press pushes all the health benefits associated with protein, trends and excitement surrounding protein continues to build. A retail analyst from the company “Spins” said, “it is not surprising the trend has evolved, as the consumer’s desire for health and wellness increases. I believe the mainstream demand for all types of high protein foods have been fueled not only by the demands of health enthusiasts but informed consumers who seek the nutritional benefits of protein as shown by the science.” People are finally taking responsibility for their health rather than waiting for a magic pill to come along and make them all feel young again. We’re not getting any younger, that’s for sure.

Protein-packed food options on the rise

Another reason a large portion of people are increasing their protein intake these days is to maintain a healthy weight or lose weight. Some people are even using protein to help them from binge-eating or snacking throughout the day. They find themselves kicking the craving by consuming something with protein. Those in the fitness industry are also finding recent product launches helpful. With new products such as Quest Protein Chips, consumers can eat a bag of “chips” without the guilt normally associated with doing so. Quest brought to market a bag of chips that are made from a protein blend with dried potatoes as well as some other ingredients but are able to have 21g of protein while only containing 5g of carbohydrates and 1g of sugar (flavor dependent). While these chips are primarily only found online or in supplement retail locations, there are items such as baked lentil chips and other high protein snack options found in local grocery stores and supermarkets.

What does this mean for supplement companies?

For starters, it should help them sell more of their protein powders, bars, and shakes. However, if you’re paying attention, many supplement companies are putting all of their eggs in one basket and are changing over from the “specialty” channel over to mass market. If you walk into Wal-Mart, Kroger, Dick’s Sporting Goods, Sam’s Club, BJ’s Wholesalers, Costco, and the likes, you’ll see many of the companies that you are used to seeing in your favorite supplement store, now on the shelves of those mass market locations. This is both good and bad. Ultimately what they are doing is selling out on the areas of the industry who made them who they are—namely the supplement and sports nutrition retailers. Making the move to go mass market lowers the price to those locations due to their buying power versus say a smaller mom and pop brick and mortar retailer. Ultimately the small mom and pop decides to discontinue a brand because the products are found down the street in a mass market retailer for much cheaper so they clear the shelves for a brand who hasn’t sold out yet.

For instance, in a supplement retail location, you might find a protein bar such as MET-Rx Big 100 Colossal bars selling for $3 a bar. Then if you walk down the street to a mass market location, you can find the exact same bar for around $1.99 (or sometimes less). This also causes conflict within the supplement manufacturer as well due to the mass market sales representatives being able to walk into a mass market location and undercut the pricing on the “specialty” side of the business. Ultimately, mass market ends up selling the bars at the price a supplement retailer would be purchasing them for through a distributor. So it no longer makes sense to bring in and try to sell a product that a competitor down the street is selling at their cost. This is when the “specialty” sales representative usually gets his head chewed off by the retailer and the sales rep is forced to go back to the brand and explain why their products were dropped from an account.

There are, however, some companies who have private labels where they have the capability of keeping their business with the smaller retailers yet can create another private label brand to place in the mass market channel. Those brands ultimately get the best of both worlds. What the hope is though, that through the protein movement, more people will get active, jump on the protein bandwagon and eventually lead those individuals down the path of fitness where they end up purchasing more products from a given brand than just a protein product. In a perfect world, that would be a home-run.

Everyone reading this is probably already aware of high protein options available such as protein bars, RTDs, and powders. These options are extremely useful and can easily help increase your overall daily intake of protein. However, to those who aren’t active or have the supplement knowledge or awareness that we all have, they are clueless as to what these items are and therefore shy away from them thinking they are only for “bodybuilders”.

Researchers and analysts are mentioning that they don’t believe many people understand what protein truly does and why they need it but are buying into the trend due to all the good press and media surrounding it. Manufacturers are working tirelessly to bring to market higher protein options that taste good. They understand taste is one of the biggest factors when analyzing consumer purchasing trends and habits. They also mentioned that “people are trading up from simple swaps—such as a chocolate bar for a cereal bar—and buying into nutrition, protein and better quality ingredients. This is a trend set to continue—snacks that sustain have appeal across a number of different consumer groups we identified in our research.”

Another set of researchers are pin-pointing the increase in protein trends due to the fight against sugar. They mentioned that, “the high-profile media focus on reducing excessive sugar is pushing younger consumers to be more discerning when looking for fast and nutritious meal-time solutions. One thing they are looking for, more and more, is protein with fewer calories, less sugar and less fat.”

We need to remember that a wolf in sheep’s clothing is still a wolf. The same principle goes with chocolate bar brands who are adding protein to their candy bars and calling out the grams of protein. So essentially you’re taking a turd, and putting protein in it. Now what you have is a protein-enhanced turd. There is also a clear difference between eating foods that are natural sources of protein versus those who simply have protein added to them. It’s advised to take is as much whole food sources of protein that you can. These sources include: chicken, fish, beef, eggs, nuts, etc.

Overall, the protein movement is a great thing. What once was only focused on by those in the fitness world, now has been brought mainstream for everyone to understand and utilize. Americans don’t seem to have a problem taking in their dietary requirements for carbohydrates and fats, yet many shy away from protein sources when in fact they should be having it in every single meal and snack they have. It’s great to see so many companies getting behind protein and either adding it to products (except those who disguise a crappy product by calling out the protein in it like the candy bar example) or pushing a whole food source. With more people learning about protein and how it can help you both nutritionally and physically, we can hopefully slowly chip away at our overweight and obesity crisis. The ball is essentially in all of our courts. We can either grab it and run or let it sit there without a change.