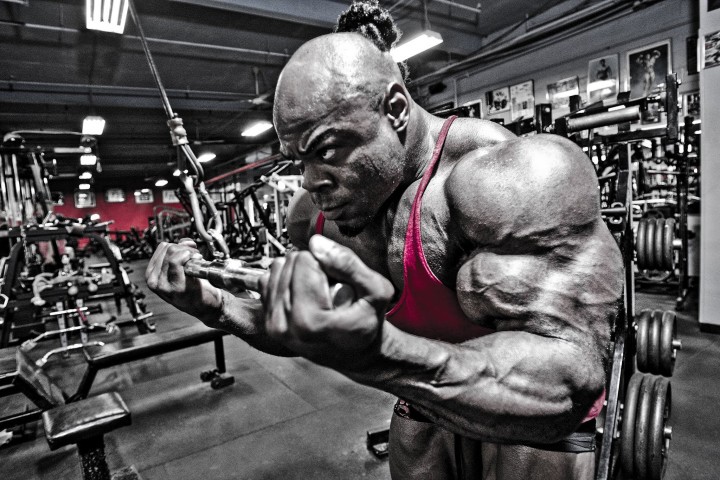 Not everyone has been fortunate to grow up with their biological family, with additional wealth, security or privilege during their lives. Kai L. Greene is one of them.

Kai was born July 12th, 1975, in Brooklyn, New York, and in his younger years he lived under quite troublesome and harsh family conditions. Something which resulted in Kai, at an age of only six, eventually became a ward of the state of New York due to his home situation. Additionally, Kai would move from several different foster homes to institutional placements over the next ten years.

This new found environment comprised of free weights and machines became a way to handle despair, sadness, anger; or in other words balance the darker and melancholic sides of his life. It became a way to release all the tears and dark emotions – and instead transform them into strength and positive energy, to grow into the bodybuilder and visual artist he wished to become.

“If I have to die tonight, if this weight is going to kill me tonight, so be it! I am dying where I want to be.” – Kai Greene

In the beginning of Kai’s bodybuilding journey he grew quickly and made fast improvements to his physique. Something which caught his seventh grade English teacher’s attention, who also saw Greene’s potential as a competitive bodybuilder. Since his behavior in school was troublesome, his teacher showed and taught him more about the world of bodybuilding, and encouraged him to dig deeper into culture. Just a few years thereafter Kai was introduced to teenage bodybuilding competitions.

His evolution from those darker days of being poor and lonely in the projects of New York, becoming a successful bodybuilder, and eventually standing on the Olympia stage is inspirational, admirable. The story is especially worth emphasizing on for people who might be living under the same circumstances he once did.

Kai’s characteristics are unique in many ways; for example on a personal level and in his speeches where he often brings up the philosophical parts of bodybuilding. In addition, when it comes to the deeper meaning or spiritual sides of lifting weights and building muscles Kai is on a whole different level compared to basically all of us.

However, this principle of using the gym as a refugee or sanctuary is something many of us can relate to. The meditative factor or war against your own emotions to find peace of mind are hardly talked about; even if this principle at many times is even more of a mental and physical gratification than the (pump) or blood flow into the muscle. For some of us the gym workout beats yoga or meditation when it comes to fight depression, anxiety and additionally find peace of mind. 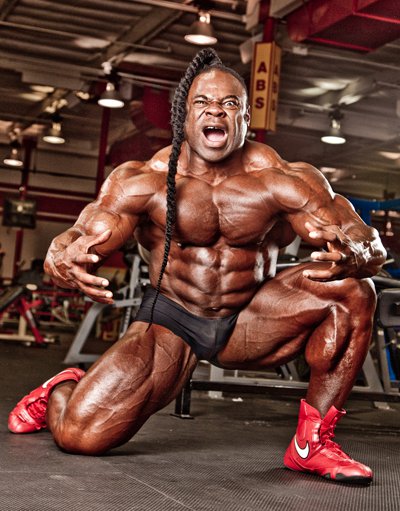 Greene’s story also somehow differs in a sense that bodybuilding was his first choice in life, and not – as in many other careers examples – a situation where athletes first pursued success in a different sport, but due to injuries had to quit, and thereby bodybuilding became their career as a second choice. For Kai, there was only one option, and that was bodybuilding and maybe the only choice or savior he had; and possibly the culture actually saved his life.

Kai also stands out more than any IFBB Pro on the current circuit and perhaps more than any athlete in the history of bodybuilding! No one in the fitness industry comes close to Greene’s popularity. Not Jay Cutler, not the current and 5-time Mr. Olympia Phil “The Gift” Heath, not even former Ms. Olympia Women’s Physique champion Dana Linn Bailey comes close to him!
Additionally, he’s neither afraid of showing true emotions such as crying in front of the camera. He knows that the industry sometimes consists of one dimensional personalities at times; who never would understand him. However Kai still he knows that his fans will; they will stand behind and believe in him, because he has given them training inspiration and wise words to overcome adversities in their own lives.

When it comes to success and reaching dreams, I believe that his accomplishments speak for themselves. The magnitude of going from being basically a homeless kid without a family, maybe feeling unloved, growing up in institutions, to becoming the most popular bodybuilder in the world today, and also winning multiple bodybuilding shows including the coveted Arnold Classic titles on the road as well. And he never let his achievements go to his head. No, he has kept on being humble during his career. Kai definitely deserves the recognition and acclaim he has gotten over the years; if not even more.

In a recent interview, former 4-time Mr. Olympia Jay Cutlersaid that if Kai would have come to the latest Mr. Olympia at his best… well, then he would have won!
So who knows, maybe next year, 2016 might be Greene’s time? The moment when we will see the people’s champion, the kid who never gave up, Mr. Kai Greene finally winning the statue of Eugen Sandow!

In closing, I believe there are, of course, chapters – many chapters – left in the history and career of Kai Greene! With 2016 around the corner and the Arnold Classic in March with Kai entering the show, it will be exciting to finally see him back on the stage again!