The Next Generation of GH Secretagogues? 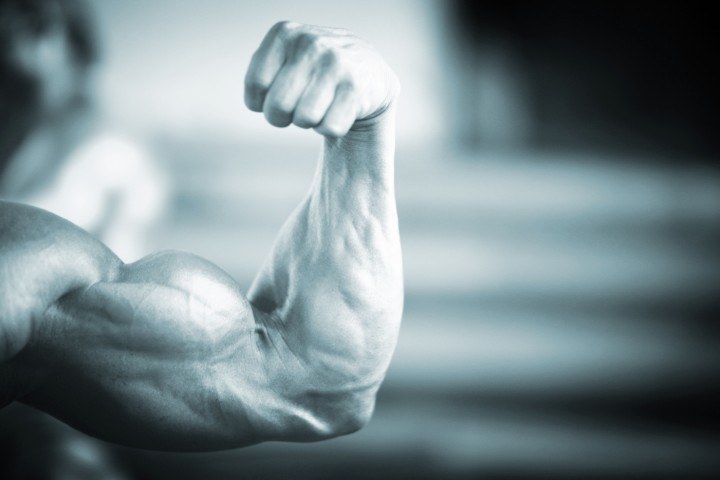 Of all the drugs used in bodybuilding today, growth hormone is probably the most lauded of the bunch. From beginners to advanced lifters alike, everyone seems to want to use this stuff. It’s not hard to understand why. It rapidly increases muscle fullness, makes it easier to stay lean, helps prevent injuries, and of course, builds muscle. Although pharmacy-grade GH is ideal, its excessive cost and a preponderance of fakes have made its acquisition unrealistic for most. While UGL-made GH is an acceptable alternative, it is still rather costly in comparison to other PEDs and frequently suffers from dosing/legitimacy issues. This has caused many bodybuilders to start exploring new options, the most popular of which is a category of PEDs commonly referred to as “GH peptides/secretagogues”.

Over the last 10 years we have witnessed the release of over a dozen different drugs in this category, but until recently they fell short in terms of effectiveness and as a result, failed to make the impact they were capable of. With the vast majority possessing a relatively poor pharmacokinetic/pharmacodynamic profile, most prospective users just didn’t feel they were worth the effort, instead opting to stick with more user-friendly drugs. Their biggest downfall was their short active life, requiring them to be injected multiple times daily just to maintain blood levels for a portion of the day. Some others were simply too weak, with massive dosages producing only moderate results. However, this all changed with MK-677. Not only did it remain active for a full 24 hours, allowing it to be dosed just once per day, but it could be administered orally—a huge bonus for the needle averse. Most importantly, it worked well from a cosmetic and IGF-1 elevation standpoint, producing results equivalent to what is typically experienced with 3-4 IU of exogenous GH.

Until recently MK-677 stood alone, being the only highly effective, orally active GH secretagogue on the market. This all changed with the introduction of Anamorelin; a next-generation GH secretagogue with a similar mechanism of action. Developed by Helsin, a European-based pharmaceutical company, Anamorelin was recently approved for use in cancer patients in several European countries. As such, it has undergone extensive clinical testing, demonstrating a high degree of efficacy and an impressive safely profile. Unfortunately, advanced cancer victims are often afflicted with a condition known as cancer cachexia, which is a wasting syndrome characterized by a decrease in lean mass, muscle weakness, fatigue, and a loss of appetite. Recent research with Anamorelin sought to address these symptoms by mimicking the effects of ghrelin—a gastric enzyme involved in the regulation of appetite and growth hormone production. In other words, this stuff is being used specifically for its muscle-building/preserving effects; a benefit directly applicable to the goals of any bodybuilder.

What were the results of this research? In the ROMANA trials (the first phase III studies examining the impact of Anamorelin on anorexia-cachexia), patients were selected to receive either 100 mg of Anamorelin or placebo for a 12 week period. Among the 484 participants in ROMANA 1, those taking the drug experienced an increase in lean body mass of 2.42 lbs and a total bodyweight increase of 4.84 lbs, while those in the control group lost roughly 1 pound of lean body mass. In the 2nd ROMANA trial, which involved 495 participants, lean body mass increased in the Anamorelin group by roughly 2.1 lbs compared to a 1.2 lb loss in the control group.

While a 2.4 lb lean mass gain and a total bodyweight gain of 4.8 lbs may not sound overly impressive at first glance, keep in mind that these studies were conducted in patients with advanced lung cancer; a disease which is notorious for causing a loss of muscle mass and strength. The fact that Anamorelin could not only stave off, but actually reverse this devastating effect is extremely encouraging. In those who do not have to contend with the debilitating effects of cancer, and whose life conditions are ideally suited to the acquisition of muscle tissue (i.e. bodybuilders), it stands to reason that Anamorelin would perform even more impressively.

In another double-blind, randomized, placebo-controlled study, Anamorelin was evaluated for its effects on growth hormone, insulin-like growth factor-1 (IGF-1), insulin-like growth factor binding protein 3 (IGFBP-3), prolactin, ACTH, LH, FSH, TSH, cortisol, insulin and glucose. Study participants (healthy volunteers selected from the general population) were administered Anamorelin daily at doses of 25 mg, 50 mg, 75 mg, and placebo. Results demonstrate that Anamorelin significantly increased GH levels at all doses, but with the 75 mg dose resulting in a decrease in insulin sensitivity. Although normally viewed in a negative light, a decrease in insulin sensitivity in this instance is a positive sign, as there is an inverse relationship between GH elevation and insulin resistance. In other words, the higher GH levels rise, the worse insulin sensitivity gets. This is because GH dose-dependently causes an increase in IGF-1 levels, which in turn leads to greater activation of the insulin receptor and a subsequent decrease in insulin sensitivity. In a nutshell, you could say that decreased insulin sensitivity equals higher igf-1 levels—at least within the context of this study.

Anamorelin was also shown to increase levels of the IGF-1 binding protein known as IGFBP-3. An increase in this protein is a good thing, as it acts as a transporter of IGF-1, helping shuttle IGF-1 to receptor sites within muscle tissue. Anamorelin did not appear to negatively affect the somatotropic axis, as evidenced by the maintenance of IGF-1 and IGFBP-3 levels throughout the study duration. Anterior pituitary hormones and blood glucose levels also remained unaffected. However, with this particular study being of such limited duration, and with a decrease in insulin sensitivity not always immediately manifesting in hyperglycemia, it is reasonable to suggest that longer-term use might result in an increase in BG levels. Still, this is to be expected of any compound with significant GH/IGF-1 elevating properties. Anamorelin also increased appetite, which may or may not be a good thing depending on the user’s situation/needs. As in previous studies, bodyweight increased substantially and was directly correlated with an increase in IGF-1 levels. Overall, Anamorelin was well tolerated, with no noteworthy complaints lodged by study participants.

Oddly, this GH secretagogue has received very little talk in the bodybuilding community, despite an impressive body of research and current prescription status in multiple European nations. It will be interesting to see how this stuff stacks up against MK-677 and more importantly, if there is any type of synergistic effect between the two. As one of only a couple effective, orally active GH elevating agents currently available, I expect Anamorelin to establish a place on the research/black market in the coming year, at which point we will better be able to gauge its true effects in bodybuilders.