The Modern Destruction of Gym Culture! 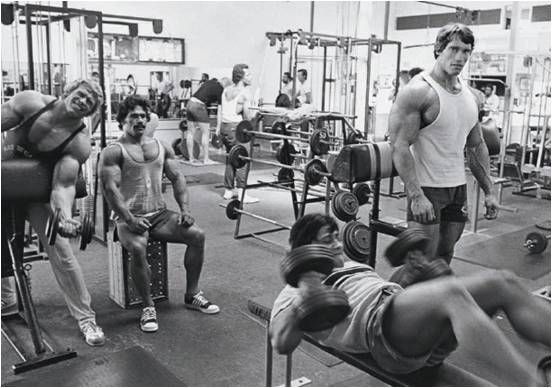 The evolution of fitness and bodybuilding culture has changed rapidly over the last decades. The old hardcore training mindset is decreasing in favor of sluggish compulsory mentalities where smartphones have to be checked between, and even during sets. In addition to the degrading gym culture, the classical and more personalized gyms are disappearing year by year.

The former and more hardcore gyms are instead being transformed into ultra pleasure gym chains with cheap equipment, where free weights, flat benches or squat racks are excluded. A place where the members are offered the easy ways to exercise and where the classical strawberry protein shake has been switched out for a pepperoni “low calorie” white bread pizza slice.

This business concept has succeeded to win over many of the laziest people of the society; a relief so they at least can tell their surroundings and themselves that they actually are exercising to ease the recurring anxiety. The degradation has, of course, also killed many of the former growing grounds for the hungry original bodybuilders to reach their true potential as athletes. These cheap ass environments create lazy ass bodybuilders, which at many times results in mediocre Instagram physiques who are more interested in the brand of the training clothes and color of their shoes, than how their squats or bench are being performed.

Conclusively, the history has apparently forgotten who created the gyms.

The situation is comparable to greedy corporations buying up churches and demolishes their holy insides to instead replace it with Ronald McDonald’s interior, and as the crowning glory, killing the priest and preachers, to instead offer the non-believers a fast and effortlessly way directly to cheap salvation.

Historically speaking, gym and bodybuilding on all levels basically originally meant that members went to basic gyms just to work his or her butt off, and then go home to eat essential foods to get the most out of their training, simple as that!

Bodybuilding and gym environments are not about feeling so god damn good all the time. No, it’s the opposite, it’s about enduring pain when you train – to force the muscles to grow; a challenge to go to war against yourself to see what you are made of; mentally and physically. Yes, a moment to wrestle and beat up the inner demons to show who’s the boss in the house, and daring to f**king give it your all! The main reward comes afterwards by gaining muscles, increasing strength or getting in a killer condition!

Today, it more seems like shortcuts via supplements or gear is the priority than discipline and feeling pride in the process of hard work!

In the end, changing of the gym world – is to some extent, of course – inevitable. We have to live with the new fitness landscape intruding in some areas of our holy grounds.

However and more importantly, this is also why it’s important to support the more hardcore version of gyms that care about the people who are truly passionate about bodybuilding.

So, continue to support the hardcore environments by buying memberships at their clubs instead of the chains – who own too many facilities around the country – so we can keep them away from, more or less, succeeding in monopolizing the culture and ideals of the training world; because if we don’t, bodybuilding will eventually die out.