by Mike Arnold Unlike the last six times Kevin said he was going to make a comeback, it quickly became apparent that something was very differe 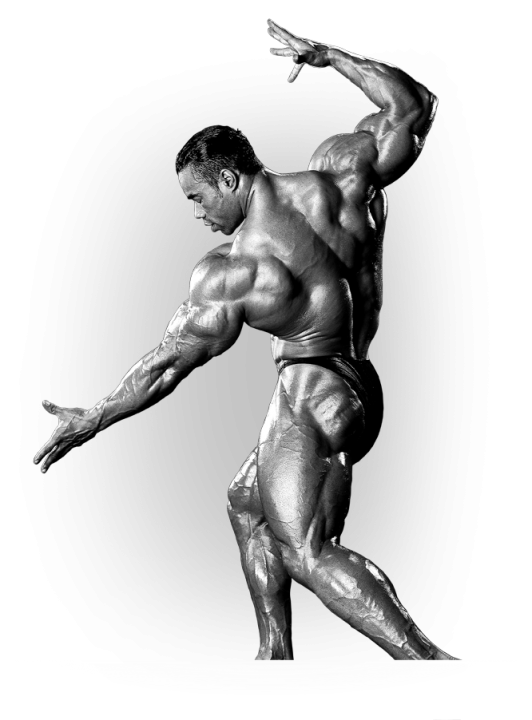 Unlike the last six times Kevin said he was going to make a comeback, it quickly became apparent that something was very different this time around. Not only was Kevin back into muscle building mode, but there was a certain seriousness in his voice and overall demeanor that hinted at more than just attention seeking behavior. Still, a case could be made that Kevin was just back to his old tricks, attempting to stay relevant by announcing a comeback that would never happen and in the process, generating sales for his new supplement line. After all, it wouldn’t be the first-time that a retired bodybuilder had done something like this and it certainly wouldn’t be the last.

But everything started to change when on May 7th Kevin dropped the bomb by officially announcing his comeback at the NPC Pittsburgh Championships, in front of Jim Manion no less. By the time he had signed his contract the question had changed from “is Kevin serious?” to “will Kevin be able to pull it off?” At the time speculation ran rampant, and there was still a fairly large contingent of fans who continued to believe this was all just some sort of publicity stunt. Regardless of one’s beliefs, Kevin was now being taken seriously—maybe not from a competitive standpoint—but in terms of his plans to follow through on what he had been promising for the last 13 years.

Over the next few months we watched as Kevin, in typical Levrone style, continue to grow and get leaner at the same time, but was he growing fast enough? More importantly, at 52 years of age is his body able to respond the same way it did in years past? While the general consensus is that no one is immune to the ravages of aging, there has been considerable debate regarding the degree to which father time might hinder his comeback plans. With Levrone attempting something that has never been done before, even the most ardent Levrone supporters have to wonder if his superman genetics are enough to overcome this obstacle. This is a genuine concern and has even been expressed by Kevin himself. While being interviewed by Bob Cicherillo and Peter McGough, Kevin appeared to be unsure if his body was capable of doing what it did before. “Things change” he said, as the conversation rolled over into another subject.

Fast-forward a couple more months and we are now 8 weeks way from the biggest bodybuilding event of the year. Up to this point Kevin had been keeping his body covered up, but when no one was expecting it he allowed Muscular Development to photograph a back workout and then post up the pictures for the whole world to see. This generated more questions than it did answers. Anyone who has followed Kevin throughout his career is well aware of the fact that Kevin does things his own way. Known for growing into a show, Kevin would start training at 12-16 weeks out and make some of the most dramatic transformations ever witnessed in bodybuilding. For those of you who are unfamiliar with the details, allow me to fill you in. Unlike other professional bodybuilders, nearly all of whom live and breathe bodybuilding 365 days a year, Kevin would take nearly the entire year off the gym to pursue other interests. Then, with the Mr. Olympia fast-approaching he would routinely shock outside observers by entering the gym looking like someone who was training for the local Mr. Muscle, only to step on stage a mere 3-4 months later and give Ronnie Coleman a run for his money. These profound transformations were part of the Levrone mystique and helped define his career as one of the most enigmatic and genetically gifted bodybuilders of all-time.

So, when Muscular Development posted Kevin’s 8 week out pictures the response that followed wasn’t surprising. Here’s how I saw things. My initial impression was that Levrone was under-sized and needed a solid 20 more pounds of muscle—and maybe more—in order to be competitive with today’s athletes. As mentioned earlier, Kevin pulled off some pretty amazing transformations back in his prime, but when evaluating the bigger picture there are a few things that caused me to be skeptical regarding his chances of success—success in this instance being a top 6 finish. Aside from the fact that he is 52 years old and hasn’t competed in 13 years (which will certainly affect him to at least some degree), we haven’t seen any pictures of his legs—not once—since he started training for the show. Had Kevin’s legs remained a strong point until the end of his career in 2003, I probably wouldn’t be typing this right now, but that is not the case.

The reality is that Kevin’s legs reached their peak in the mid-1990’s and steadily went downhill from there, eventually turning into a mere shadow of what they once were by his retirement in 2003. This makes me wonder if his legs will be up to par on today’s Mr. Olympia stage, and while it is difficult to assess leg development through someone’s clothes, I have to admit that they didn’t look particularly big through his sweat pants. Kevin claims that his ability to build big legs never diminished and that the reason they deteriorated in the latter half of his career is because he just didn’t have the motivation to train them as hard as he use to. While this may be true, it seems awfully odd that he had the desire to continue making improvements to his upper-body, but allowed his legs to slide so much that they probably cost him the Mr. Olympia title in 2002 and maybe even in 2000. It’s one thing to lack motivation for a few months or maybe even longer, but when a bodypart goes backwards for 5-6 years it’s natural to think there may be more to the story. Furthermore, history has shown us that when a bodybuilder starts to age, his legs are usually the first thing to go—both in terms of size and separation. Regardless, the bottom line is that phenomenal genetics or not, no one can survive on today’s Olympia stage without a killer set of wheels. So, as someone who has been a huge Levrone fan since 1992, I really hope my suspicions are wrong.

Another thing that had me concerned was whether or not 8 weeks was enough time to gain back the size necessary to compete with today’s giants. Recently, Kevin has said that he has the potential to gain 2-3 pounds of muscle per week (assuming Father Time doesn’t have something to say about that), but with only 8 weeks left that means he would have to put on an average of 2.5 pounds of muscle per week, every week, even during the final 2-3 weeks of prep; a time when further muscle gain is notoriously difficult. Furthermore, he would have to do this while continuing to improve his condition. No doubt, this is a tall order to fill. Still, we’ve seen Kevin pull off the impossible before, so let’s hope he can do it again.

The other day I came across a piece of information that I found encouraging. I cannot verify the legitimacy of this information, but I read that Victor Martinez, after seeing what Kevin has planned for the final 8 weeks, thinks he has a chance to nab a top spot. Well, if Victor thinks that after seeing Levrone in person, it isn’t something that should be easily dismissed. One possibility is that Kevin has been taking it easy in the PED department and is just now getting ready to add in volumizing drugs. This alone could account for a quick 10 pounds of intramuscular water, causing his muscles to swell up like balloons within just a couple of weeks. Since this type of water is inside the muscles rather than under the skin, it is indistinguishable from real muscle fiber. For all intents and purposes it would appear as if he gained 10 pounds of real muscle. By taking this step (assuming he hasn’t done so already), it would significantly cut down on the amount of muscle fiber he has to gain in order to avoid looking under-sized. Another possibility is that he has been under-eating in order to shed body fat and is about to bump up his calories. In addition to an immediate increase in muscle fullness, this may also allow him to gain muscle at a more rapid rate than he was previously.

Of course, all of this is just speculation, but I wouldn’t be one bit surprised if a good portion of it is accurate. I have thought a good deal about Kevin’s comeback since MD posted those 8 week out pictures a few days ago and to be honest, my initial thoughts were that Kevin would show up ripped, but under-sized in comparison to his previous best. For the most part I still believe that, but I also think there is a good possibility he will come damn close to approaching one of his lighter, although still competitive bodyweights. The good news is that we won’t have to wait long because Kevin said he will soon show proof of his progress. Either way, his return makes for one of the most exciting Mr. Olympias in years.