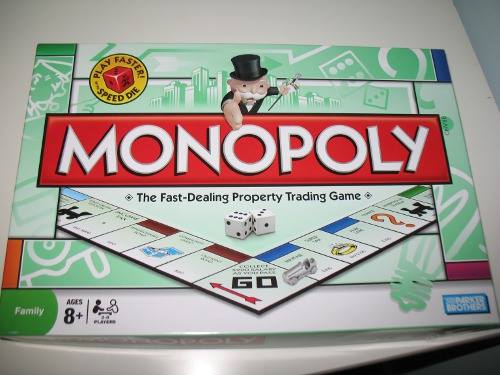 You may have heard recently that the International Federation of Bodybuilding and Fitness, The National Physique Committee, and the IFBB Professional League, were served with legal papers this past weekend, at the Arnold Classic (#ArnoldCon). The complaint (a civil lawsuit) was filed by N’Spire Sports League, and alleges multiple violations of The Sherman Act, specifically section two, which reads (feel free to skip the actual statute, because I’ll explain the highlights below):

“Every person who shall monopolize, or attempt to monopolize, or combine or conspire with any other person or persons, to monopolize any part of the trade or commerce among the several States, or with foreign nations, shall be deemed guilty of a felony, and, on conviction thereof, shall be punished by fine not exceeding $100,000,000 if a corporation, or, if any other person, $1,000,000, or by imprisonment not exceeding 10 years, or by both said punishments, in the discretion of the court.”

The Sherman Act is basically the set of laws that prevent illegal monopolies from taking place.
What we are looking at is three separate potential violations -“monopolization,” “attempted monopolization,” and “conspiracy to monopolize.” The N’Spire complaint alleges all three violations have been committed.

A monopoly is when a single entity controls an entire market for goods or (in this case) services. Being a dominant bodybuilding federation is not illegal in itself, even if it’s a monopoly.

The law isn’t meant to prevent competition, or to protect competitors, but rather to prevent behavior which makes competition impossible. Think of this law as protecting competition itself, not protecting companies per se. Therefore, a monopoly achieved on meritorious grounds, is fine, and totally legal. If TESLA simply makes the best electric car, and dominates that market, that’s a-ok. Even if TESLA achieves a monopoly, that’s alright.

The point of this law isn’t to discourage building the best mousetrap (or electric car); it isn’t meant to discourage a company from aggressively (but legally) attempting to dominate a market. If you build the best product, or offer the best service, it’s conceivable that a natural monopoly would be the result. If the law made all monopolies illegal, then it would discourage people from offering the best products and services – they’d have to hold back lest the competition fall too far behind.

However, when we start talking about back room deals and attempts to damage competing businesses by artificially taking away opportunities, then we’re talking about a monopoly that is illegal. Even attempted monopolization is illegal, so whether or not a monopoly has been established, can be irrelevant. The idea here is that someone is attempting to dominate a market by means other than legitimate competition.

It’s important to distinguish a degree of probability here – a small company attempting to compete unfairly in a given market, with no dangerous probability of establishing a monopoly, is unlikely to be found in violation of The Sherman Act. That’s not to say that another statute would apply, but we can’t have a scenario where a small local business is acting in such a way as to dominate the entire market.

On the other hand, we can imagine a case of two competing sports leagues. In a fair competition, one of them could rent out an arena for an event, and simply outbids their competition for the venue on that night. That’s totally fair. However, if instead of bidding, one of the competitors simply bribes the owner of the venue to lock out a competitor, then we enter into the domain of trying to compete unfairly.

So while the NFL may be the dominant football league, they’re not attempting to take opportunities away from Arena Football, or tell their sponsors not to work with other football leagues.

Broken down, these laws makes it illegal to attempt to gain or maintain monopoly power improperly. Note that an attempt is also illegal – you don’t need to actually have a monopoly to have broken the law, you merely have to try to establish one improperly, and there has to be some kind of market position that implies that the unfair tactics might conceivably result in substantial market dominance. If your conduct is unfair, and has the dangerous probability of achieving a monopoly, that makes it illegal, regardless of whether you were rewarded with a successful outcome.

This law is best described as an anti-competitive safeguard. Anyone attempting to compete unfairly in a given market, to bring that market under their monopolistic control, is in violation of the Sherman Act.