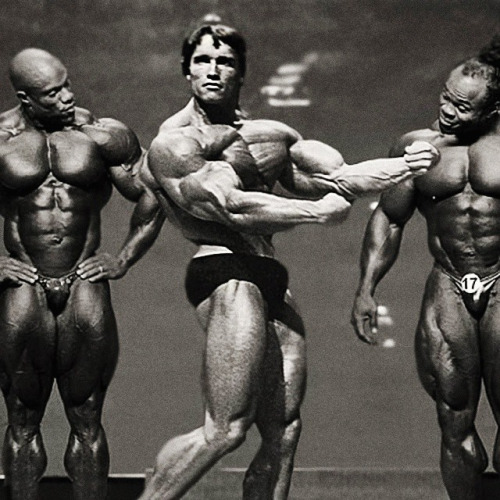 The 15th of November 2015 it was announced by the IFBB Pro league that less muscular physiques was going to be one of the main goals for Figure, Bikini, and the divisions of Women’s and Men’s Physique for the IFBB Pro season of 2016.

The idea is to reclaim the original criteria for each division which means less muscle mass and instead focus on criteria such as symmetry, balance and overall condition which implies more ‘achievable physiques’.

In addition to the new rules, a quick look back at what happened to men’s and women’s bodybuilding two decades ago; many can probably understand why they are in the loop. In men’s and women’s bodybuilding we can retrospectively clearly see that these divisions during this period transformed into types of physiques which wasn’t the original purpose. Men’s bodybuilding was originally constructed to present physiques comprised of smaller and flat waists, aesthetic muscles or ‘Greek Godlike’ types of physiques. For women, the ideal focused on more feminine and athletic types of muscular physiques.

Keeping the classic ideals in mind we can see that the opposite has been manifesting itself too many times during the last decades. When it comes to men’s bodybuildingwe see more blocky type and less conditioned physiques on the stages with the infamous distended bellies. The extensive muscle mass has in many cases overridden all the other criteria as symmetry, balance, and conditioning.

Even if what’s left of women´s bodybuilding today, is a bit down toned muscular physiques compared to two decades ago, the femininity got lost in favor of more massive stocky muscularity, impressive at times, but also often combined with broad jaws, high hair lines and whiskey voices on top of that. Boiled down, it got out of control!
Additionally, since ‘women’s physique’ has created larger and harder competitors in the recent years, the new rules are set out so the new division doesn’t follow the same road as women’s and to some extent men’s bodybuilding has.

However, the difficult thing about the new rules will be to enforce them. Because every division basically derives from bodybuilding and that implies that each will in one way or another, tend to push the envelope regarding competitive muscle mass as the classes develop over time.

However, If the IFBB succeeds in preserving the new rules of more ‘achievable physiques, it will not only mean that they will reach a broader industry audience to compete, but it will also mean that the organization will have the ability to get more respect and reach beyond the walls and engage new sections of the population, and business partners beyond the supplement companies.