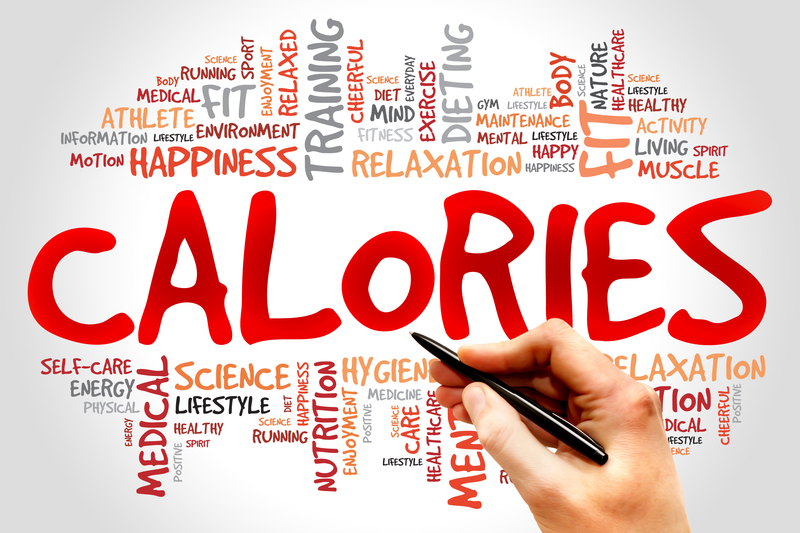 Misconceptions are rampant in our society. With all of the different sources of “information” available today, it is far easier to stumble across bad information than it is good information. Misconceptions of the past come to be simply via a false assumption, followed by habit. The topic of nutrition is not all exempt from these two misconception breeding grounds. Certain dietary “rules” have been accepted for so long that a large majority of the population simply assume they are true, without even thinking critically about said fact or rule. People are just now beginning to realize that dietary fat does not really make you fat the way that we used to think did, which is actually very ironic in regards to my main topic, which is the nonsensical worship of calorie intake which everyone seems to partake in. If we are in agreement that fat does not make you fat, despite being the highest calorie macro nutrient by far, why are we still saying that calories are pretty much all that matters in regards to fat loss? I can’t be the only one who sees a major problem with this line of thinking.

Another fun piece of irony is the fact that all these skinny, nerdy “scientist” guys in our industry will call a person like me a “bro scientist” for claiming that not all calories are created equal, and where they come from makes just as big of a difference in regards to fat loss. The term bro scientist is used to imply that I am not using real science to come to this conclusion, but instead I am just assuming. The irony here is the exact opposite is true. This calorie in vs calorie out is all that matters argument goes against pretty much everything that science could possibly tell us. Of course, when critically thinking individuals such as myself began to realize that the world was in fact round as opposed to flat, that was met with backlash as well, so I guess I shouldn’t be surprised. This calorie in vs calorie out nonsense is so ingrained into our society in regards to weight loss that even very intelligent people in the industry who know full well that it is false will still mention it, almost as if it is simply a habit. I liken it to a person saying “thank God” who does not even believe in any God.

Simply put, saying all calories are the same in regards to fat loss is like saying that 1000 calories of food that you have to climb up a ladder 30 feet to reach will make you gain the same amount of fat as the exact same 1000 calories of food that you merely walk 30 feet to reach. They provide the same amount of energy, yes, but they also have different actions and or events that take place alongside eating them that change their ability to make you fat. The most obvious factor which alters how likely different calories are to make a person fat is the energy cost of digestion. It is indisputable scientific fact that proteins, carbs, and fats all require a different amount of energy to be digested and assimilated in the body. What this means is that 500 calories of chicken might cost 100 calories to digest, while 500 calories of rice might only take 20 calories to digest. This fact alone is pretty much indisputable proof that all calories are not created equal, but the ridiculousness of this archaic theory continues far beyond this point

Every single person who has any degree of knowledge in nutrition will agree that different foods have different hormonal effects than others when ingested. This same massive group of people would also agree that different hormones have different effects on fat loss or gain, both for and against. Yet most of these people will still claim that calories are all that matter in regards to fat loss and gain. Does anyone see a major issue here? I hope so. It is common knowledge that the more insulin that the body secretes, the more body fat will be stored, due to the fact that insulin is one of the main fat storage hormones. We all know that carbohydrates, especially sugars, cause a much higher insulin release than proteins or fats. So, if X amount of calories of carbs releases much more of one of the main fat storing hormones found in the body than the protein or fats do, how can anyone say both foods will cause the same fat gain just because the calories are the same? Calories do not release insulin, carbohydrates do. Reason number two that makes “a calorie is a calorie” an absolutely foolish assumption.

Now, I have had desperate people who were unsuccessfully trying to debate me on this topic bring up the fact that nobody eats just one of the macro nutrients, so these examples are stupid. Any person with even slight critical thinking skills can see why this argument is ludicrous, but for the rest of you, or if you just do not feel like thinking about it, I will liken it to this perfect analogy. This “nobody does that” argument is the same as me claiming that jumping off a 100 story building onto concrete will kill you, and my adversary refuting that point by stating that nobody would ever jump off a building, so my statement is stupid. Good try. Well…not really. This is a discussion of how different foods affect the body, not how likely it is for people to eat certain combinations of foods, or how consistently they do so.

Time for a world class Geoff Roberts analogy. This my friends, is the truth about calories in regards to fat gain. Let’s say that calories are people who are fighting in a war in an attempt to make you gain body fat. In other words, these hypothetical fighters killing your hypothetical “army”, is equal to calories making you fat. In this analogy, calories from sugar are like Navy Seal bad asses, calories from complex carbohydrates are like trained soldiers wielding a firearm, calories from fat are like normal, untrained men wielding baseball bats and calories from protein are like unarmed men. If I wanted to take the analogy even further, I could say that the Seals training, as well as the regular soldiers training, is equal to the insulin that sugar and other carbs cause the body to secrete. The baseball bat held by the calories-from-fat fighters is equal to fats high caloric value, and the calories from protein fighter is “unarmed” in regards to making you fat, to represent the high energy expense of digesting this nutrient.

Now, the total number of soldiers coming at you (calories you are eating) certainly matters, no doubt. However, which kind of soldier matters just as much, if not more. Five thousand unarmed men (five thousand protein calories) will defeat (cause more fat gain) than two Navy Seals (two sugar calories), sure. In no way shape or form does that mean that 500 unarmed men are equally effective as 500 trained soldiers, just because there are the same number of people fighting. That is just silly. All calories have the potential to make you store fat, but some, for all the aforementioned reasons, are far more likely to do so than others. The total number of calories you eat (total number of fighters attacking you) does matter, I am not arguing against that, but it is certainly not all that matters, not by a long shot.

I’m not done yet. Here are a couple more facts that should open your eyes to the fallacy of calories being all that matters when trying to lose fat. The first fact comes via a question. Which food is better for fat loss, raw organic almonds or cotton candy? Does anyone think the answer is cotton candy? I sure hope not. However, the raw almonds are more than double the calories of the cotton candy per gram. So, if you think that calories are the main contributing factor to fat gain, than you must believe that cotton candy is better to eat on a fat loss diet than raw almonds, there is no way around it. That is indeed a very interesting take on nutrition.

You also have this age old fallacy that 3500 calories equals a pound of fat, which goes hand and hand with this calories-are-everything notion. This is so ridiculous that I literally chuckle when I type it. Even if you could compare these two values (one of mass and one of energy) straight up like that, which you really can’t, there are 454 grams in a pound and every gram of fat is 9 calories. Do the math. That equals 4086 calories. So, this theory is still wrong even if you dismiss the main factor that makes it wrong in first place! (insert laughter). In short, it is a complete and utter joke. Need more proof? Easy. Guess what? If you were eating an amount of food and expending an amount of energy on a daily basis that was steadily maintaining your weight, according to this buffoonish 3500 calories is a pound of fat rule, if you added one and a half Brazil nuts to your daily intake, you would gain over 5 pounds of fat in a year. Do people really believe that adding 1.5 Brazil nuts per day could possibly add up to five pounds of pure fat in a year all other things equal? Give me a break.

Here comes the number one piece of evidence against calories being the chief decider of fat gain. Find me an overweight person who only counted calories, with no regard for his or her food choices, and kept the weight off long term. They do not exist, despite this being the most common strategy for attempted weight loss in our society. If calories are everything, why does a simple calorie reduction diet alone never work long term? When I say never, I mean never. Ever. Please, please stop telling people to “figure out your maintenance calories, then cut out 300 calories a day from that, blah blah”, because you look like a monkey throwing its feces to people who truly know the science, or lack thereof, behind what you are saying. It really is truly amazing what you can discover when you actually do some good research and more importantly, think critically.