The Dark Direction of Bodybuilding! 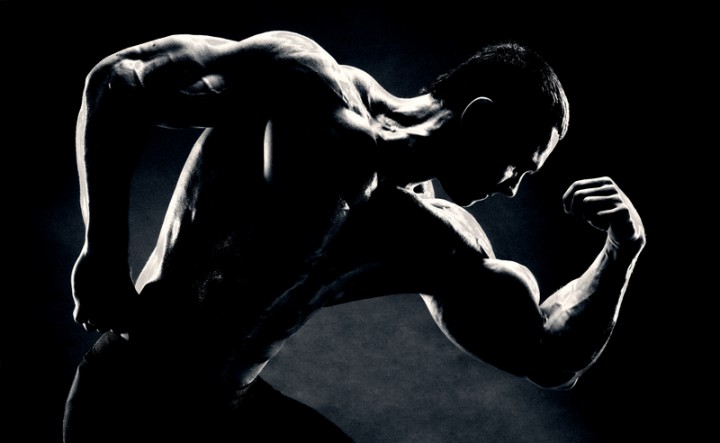 Competitive Pro Bodybuilding is undergoing some serious transformations at this point in time. The open division has been critiqued for more than ten years by a vast majority of the bodybuilding community. And we all know the opinions of the critique such as “Lacks in conditioning,” “Distended bellies,” “The 90’s was so much better,” “No real work ethic,” and the beat goes on.

In addition to the progress or decline of the fitness industry, new categories like Men’s Physique and the latest edition to the NPC/IFBB – Classic Physique (CPD) has been created for the future as an alternative to the original division of bodybuilding. As many of us know, the criteria of CPD will give preference to the more balanced and aesthetically pleasing type of physiques; a choice which is opening up to becoming a more mainstream division along with MPD. In return the categories might have the possibility to reach out further beyond the walls of the fitness industry compared to the original division of bodybuilding. By promoting a more downsized and achievable look CPD will become more mainstream and might gain more competitors to the stages, plus attract more business opportunities and which also means the federation earns more money.

However, on a sad note, and this is inevitable, by focusing on these new physical values and partially moving away from bodybuilding standards, the old school ideals of becoming an icon bodybuilder like a Ronnie Coleman or a Jay Cutler and implementing their kind of work ethic into becoming the best bodybuilder the world has ever seen; those core ideals will be lost in the evolutionary process of turning mainstream.

At the same time, the new categories might in one way be a necessary path to follow for the IFBB to continue to be vital and growas an organization in the long run. On the other hand the consequences will definitely cause the fundaments of competitive bodybuilding to shatter and decline, due to the new priorities.

Another result of the federation going mainstream will be the possibility of more business persons without any passion for bodybuilding or even fitness will be drawn to the industry, due to commercial possibilities. Company owners, directors, promoters who actually don’t knows shit about real bodybuilding or even care about it, but sees the dollar signs in the situation before anything else. Bodybuilding, as many other forms of industries, is dependent on passion to deliver sustainability and a qualitative output. So when the new investors will get more power; well then the competitive bodybuilding community is really endangered.

Nevertheless, even if the original perspectives of bodybuilding are diminishing due to all the changes going on, there are still some positive points to make. The industry has a few promising newcomer pros like Justin Compton, Cody Montgomery, and Zane Watson, and amateurs like Regan Grimes or Christopher Bumstead. These are all young guys on the rise who are giving it all to go all the way to the Olympia stage. Still, these new editions of athletes are still too few to generate a real re-growth or to speak about a genuine new wave of competitors arriving. I believe that this generation of gifted and passionate ‘original bodybuilders’ might be the last we´ll ever see.

In the end, I still believe that the origins of the culture will survive in one form or another, but the commercial side – by dividing the sport into seemingly ever more specific categories – maycontinue to diminish things, with more pros losing business opportunities such as supplement contracts, sadly enough.

At the same time, people who loves the cold concrete floor gyms, with solid steel machines, and heavy, well-beaten dumbbells; with walls covered with pictures of bodybuilding legends like Yates or Coleman, and old boom blasters playing Metallica’s “Master of Puppets” to set the tone of their workout or life in general. Those who love the core of gym training and building muscles freed from primitive commercialism, they will always survive, because in the end, the subculture of bodybuilding, is something no one can take away from them.