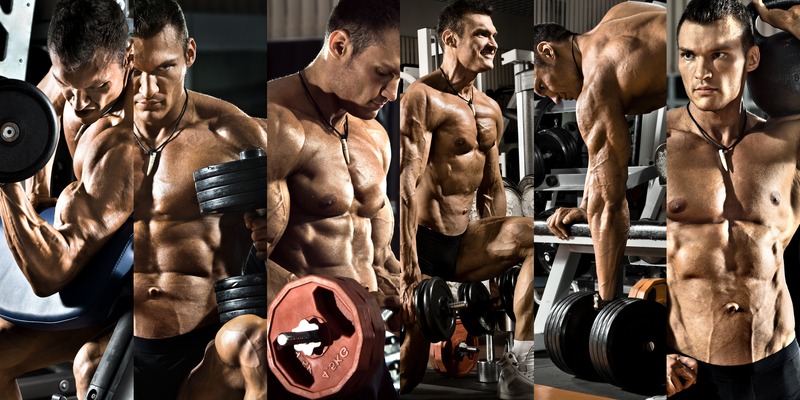 The main reasons for pursuing a given game or sport, range from essentially being forced since childhood, to discovering a rare talent much later in life. Of all these catalysts, the two that take precedence over all others tend to be chasing fame/fortune, and the simple love of the sport. When it comes to bodybuilding, it is very important to understand that partaking in this difficult endeavor should always be fueled by a love and passion for it, as opposed to the desire to be a top professional, earn large paychecks, or even to place top five a national level show. What this really means when it comes right down to it, is that a bodybuilder can either partake in this sport because he or she wants to become elite, professional and famous, or because he or she simply loves the bodybuilding process. The latter attitude will result in a much more fulfilling and successful bodybuilding journey than the former, nearly 100% of the time.

The question of whether or not a person would continue to train and eat like a bodybuilder if they had the option to simply take a pill that elicits the same physical results, comes up quite often. Most professional bodybuilders will answer this question hastily, claiming they would absolutely continue to train and eat accordingly. While I do not believe every guy who makes this claim, it is often the difference between a champion bodybuilder and a guy who never gets the results he is looking for. If a person eats clean only for the superficial benefits it provides, while another bodybuilder eats clean because he or she truly enjoys the health benefits, how it makes them feel, as well as how it makes them look, the former athlete will inevitably run into far more struggles along the way. The same can be said for training, or anything else in life for that matter. An athlete training because they simply love to train will almost always get better results that a person who does not like to train and is only doing so in order to look a certain way. Again, this applies to nearly all other activities as well. Doctors who are in that position because they love it and are hugely passionate about it, will always be better, more efficient doctors than those who are mostly there to merely collect a paycheck.

The fact that it is unlikely for a person to make a large income off of bodybuilding even if they do become a good professional, or even a decent amateur for that matter, is reason enough to heed these words of advice. However, the other major issue with focusing only on becoming a top bodybuilder, or even becoming the best bodybuilder in your town, is a little thing called genetics. There will always be individuals around you who grow like a weed with minimal effort, or remain shredded despite eating all of the foods that you avoid just to stay half as lean as them. If you are not in love with the process itself, as well as the results that you personally get, no matter how small or large they are, these genetically blessed people will drive you completely crazy. Out of one hundred guys who bodybuild with hopes of becoming huge, ripped, rich and famous, a bare minimum of ninety nine of them will be gravely disappointed and might even become bitter, shunning the sport entirely. This is obviously a very negative turn of events seeing as how the last thing our industry needs is less bodybuilders!

Bodybuilding is a rare example of a sport that can provide a person with a vast amount of personal gratification without that person being even remotely successful at it from a competitive standpoint. If you were a division three bench warmer in either football, basketball, or most any other sport, nobody would recognize that fact unless you were to bring it up in a conversation, and even then, most people would not be interested. Bodybuilding on the other hand, accompanies you everywhere you go. Every human being is affected by the presence of a large, lean, shapely physique in one way or another. That is a universal truth. Whether they admire you, or are jealous of you, they are noticing your presence without you having to say or do anything. Being noticed in public and/or being asked questions about your physique or training tactics by complete strangers, to a bodybuilder, is like making a game winning shot in basketball. As bodybuilders, we are lucky enough for these “game winners” to occur outside of our actual competitions, as well regardless of whether or not we compete at all.

Beyond compliments and acknowledgments, we as bodybuilders have a physical appearance that puts us at an advantage for motivating others around us to better themselves and make healthier lifestyle choices. This is one of my favorite aspects of the bodybuilding process. Young, impressionable kids specifically, are a demographic of people who can be influenced in a positive way by bodybuilders. Kids could care less if you played basketball at some tiny university, but if you have an impressive superhero-esk body, young people are intrigued and drawn to you by nature. This natural allure makes most young people far more likely to take your advice. If the ability to improve a young person’s life does not provide you with enough gratification to continue bodybuilding, you obviously chose the wrong endeavor from the beginning.

Although bodybuilding competitions are entirely superficial, for all intents and purposes, it is impossible to build a large, impressive physique without also becoming significantly powerful. There are many men that will tell you they do not care how strong they are, which may very well be true. However, every person alive recognizes strength, and would more than likely enjoy being just a bit stronger. Whether it is right or wrong, strength is one of the few things in nature that helps signify a man’s masculinity. More importantly, strength is directly correlated with longevity and an enhanced quality of life.

Bodybuilding is one of the most difficult sports, or more appropriately lifestyles, to partake in. There are many examples of difficult lifestyles which provide people with great things as well as much gratification, and bodybuilding is certainly one of them. With all of the aforementioned benefits that the bodybuilding process can provide, putting too much stock in how one compares to others, placings, or earnings, may be a serious mistake. The next time you do not place well at a contest, or your training partner comes into the gym eating donuts while simultaneously sporting a deep cut six pack and you are considering quitting the whole bodybuilding lifestyle altogether, stop for just a second and think a bit harder. If you choose to quit, you choose to give up a platform to inspire young people, motivate others, random strangers giving you compliments, and of course, greatly enhanced longevity, as well as quality of life.