Subjectivity is No Excuse

by Geoff Roberts William Bonac winning the Prague pro and defeating Dexter Jackson, Big Ramy, and Shawn Rhoden in the process has the majority 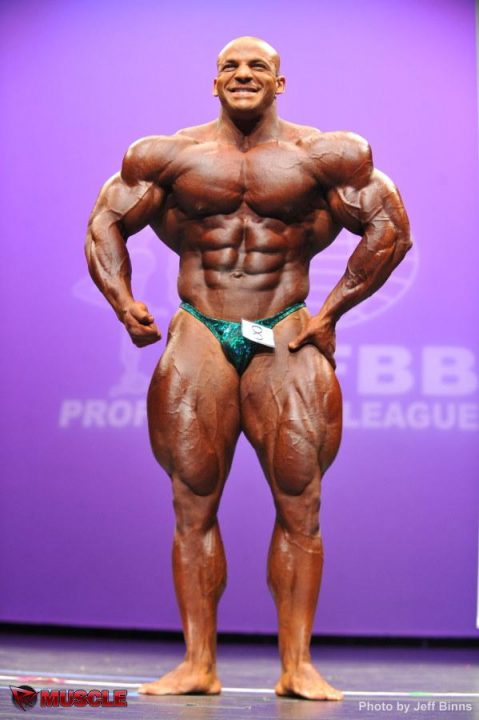 William Bonac winning the Prague pro and defeating Dexter Jackson, Big Ramy, and Shawn Rhoden in the process has the majority of our industry scratching their heads. How does a guy who placed fifth against all of the same competitors suddenly win, when every guy brought a very similar package to the stage? When asked this question, most industry insiders will reply with the age old excuse of “subjectivity”. In fact, in regards to this Prague Pro, the fact that there was an entirely different judging panel from the Kuwait Pro has come up and been used to solidify the subjectivity argument. Here is the issue with this argument: there are thousands of sports that are also based on subjectively the same way that bodybuilding is, yet this from-fifth-to-first phenomenon only happens in bodybuilding.

Shawn Rhoden was second to Phil Heath at the Mr. Olympia this year. Looking pretty close to the same, Rhoden places fourth behind three guys who he just defeated at the Olympia. Not only that, but he also lost to William Bonac by three placings, the same guy who he defeated by three placings at the Olympia. How do we logically explain this six place swing? On the same token, this means that William Bonac is theoretically the second best bodybuilder in the world at this moment. That said, nobody on earth believes that William will place second at the Olympia in 2017 or ever, because it is as close to an impossibility as we can get in this sport. Why do the placings sway so much from one show to another like this in bodybuilding, but only bodybuilding, no other “subjective” sport?

There are a plethora of subjectively judged sports out there that are extremely popular. Gymnastics, ice skating, snow boarding, diving, dancing, skateboarding, freestyle motocross, and freestyle snowcross, just to name a few. These sports are all judged and scored almost exactly the same way that bodybuilding is. However, you will never come across an example of a guy placing fifth in a contest, then performing in a very similar fashion against all the same guys, who also perform in a similar fashion and winning the entire contest. Will not and does not happen. Not only will this never happen in these other sports, but also unlike bodybuilding, most people can understand why the winner is the winner and the loser is the loser. Not so in bodybuilding. In fact, even industry experts often have no idea why the placings are what they are. How ridiculous is that? Why does this/will this never be the case in all of these other “subjective” sports? One word: criteria.

Bodybuilding, along with every one of the other sports I just listed are not supposed to be based on subjectivity, they are based on criteria. Please read that sentence eighty-seven times over. I am so sick of people in bodybuilding blaming subjectively for horrendous and/or confusing judging and in the process, completely ignoring the fact that there is fairly clear criteria in which the sport is meant to be judged. You cannot simply ignore the criteria, have a guy jump five places for no apparent reason and justify it by saying “Well, it’s a subjective sport.” What a load. Do you hear nonsense like this in any of those other sports? Nope. By the way, those other sports just so happen to be one hundred times more popular than bodybuilding. Probably not a coincidence. Bodybuilding already has a million factors working against it in terms of popularity. The last thing we need is completely random judging with mysterious criteria that even our experts do not understand, being passed off as simple subjectivity and/or personal opinion.