Sponsored Athletes: Are They Worth It? 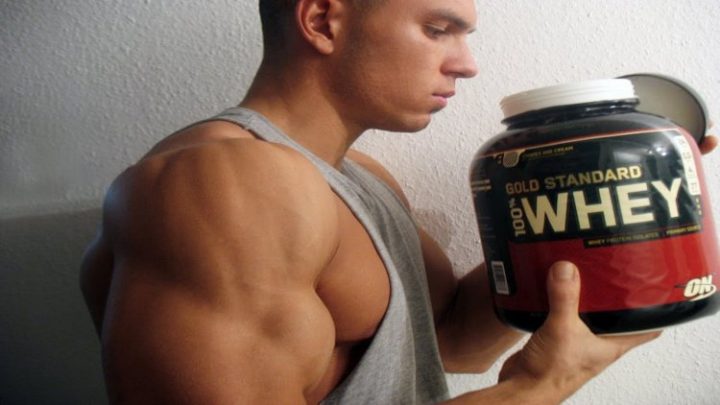 It seems to be pretty common these days that supplement companies around the globe bring on athletes to help push their products—they call them “sponsored athletes”. Most of the time they use athletes from their industry, such as the fitness/bodybuilding industry. But they also try to get household names from the NFL, NBA, MLB, PGA, heck even Nascar. The athletes get paid good money for pretty much doing nothing other than smiling for a picture next to a product or brand name. But with all the money invested, will a brand honestly ever see a return? A simple answer is no, and here’s why.

Does anyone actually believe they use the product?

I think back in the day people were more naïve to think that sponsored athletes really use the products they “represent”. Or that their success was all due to a certain product or brand that they stand behind. The bottom line is, no one became Mr. Olympia because of a supplement company—you actually didn’t really believe they did, right? Or that an NFL linebacker became a stud just because they used a certain line of products? Nope, never happened and never will. Think Tiger Woods became a better golfer because he had a supplement company on his bag? Nope, in fact, he was terrible the entire time he was being paid to put that logo on his bag (which he never got fully paid by the company anyway).

Many athletes don’t even use the products of the brand they are sponsored by. Sure, some will use protein powder, BCAAs, preworkouts, maybe even some creatine or a fat burner just to throw it in the mix, but no competitor is relying on the products that brand puts out to get them in shape or give them a competitive edge. Let’s be real here. They are using anabolics and other drugs to achieve their physique. So let’s just call a spade a spade and cut out the BS.

So why would a competitor get behind a product or brand if they have zero interest in really using the products or representing the brand? Money! They aren’t stupid (well, at least some aren’t). These athletes know that if they are elite and winning shows, they can get a deal with a supplement company to push their products to their followers.

They get paid WHAT?!

What if I told you that Mr. Olympia, Phil Heath, was making around $500,000 when he was a signed athlete for MuscleTech. When I was with MET-Rx and he was one of our athletes he was getting paid WAY less than that and for that very reason is why he left. We never truly utilized Phil the way we should have like other companies but then again I still believe he was never worth the money. At that point he wasn’t Mr. Olympia and therefore the money he was looking for truly didn’t make sense. Don’t get me wrong, Phil was great to work with and a good person, but from a business standpoint, having him or any of our athletes was a waste of money. Little did Phil know that MuscleTech would be WAY more demanding for the amount of money he was getting—and rightfully so. For $500,000 he should have been giving the employees back and foot massages every trip he made to their offices.

Overall, it’s not uncommon for athletes to get six-figure salaries under a supplement company, especially if they are a top five competitor in their respective division/class/sport. But let’s go back to the question of are they worth the money. In my opinion, heck no. They aren’t even worth a fraction of what they are making these days. People are more educated and less gullible to think that because of that brand, the athlete all of a sudden is successful and has an amazing physique. So in the case of Phil Heath, do you believe MuscleTech made their $500,000 back from paying Phil to be their star athlete? Heck no. There isn’t an athlete in this industry who will single-handedly bring in that type of money because of who they are, their name, or their physique. Not going to happen. Ever.

Sit back and think about that though. Let it sink in. People are getting paid six-figures to do something they already love doing, and the only thing extra that they have to do is talk about the brand on their social media platforms, make some appearances (which honestly promotes them as well as the brand since people aren’t coming to see the brand, they are coming to see the athlete), and agree to photoshoots with product placement to use as marketing material. Sign me up please! It’s a cakewalk for them. Who in their right mind wouldn’t want to be a sponsored athlete if you had the opportunity? Let someone else spend their money to get your image out there—oh yeah, and have their products come along for the ride.

Does the owner even lift bro?

So then why do supplement company owners bring on athletes? One reason is because the owner has no idea what he/she is doing in the industry. They don’t even lift, brah. They are simply businessmen and women who think they can get rich quick by starting up a supplement company and bring on big ticket athletes to stand next to their product. It’s a terrible idea, and athletes are laughing all the way to the bank. If you have that much money to start up your own supplement company with zero industry knowledge or even who the major distributors and retailers are in the nation, then keep your money in the bank or invest it in something you know more about, because you’re heading down the path to failure.

Sure, you have some athletes who truly like a brand and want to stand behind it, but those athletes are few and far between. Some athletes personally know the owner or people within the company and want to help push the products, but again, people aren’t buying the whole “so and so uses this to get jacked so I need to be using it too” mentality. Consumers are more educated today than they were in the 90’s and early 2000’s. You’ll have some new youngsters getting into the industry who started lifting and don’t know any better believing the hype and marketing, but they too will eventually come to the realization that there’s no way an athlete looks or performs a certain way because of a product they are endorsing. In a way it kind of makes the supplement industry look even more deceptive than what some people even think about it right now.

Here’s something else that we have to think about. Guys, what grabs your attention? An amazingly hot woman, right? She squats bro! You know what I’m talking about. And there doesn’t seem to be a shortage of those kind of women in the fitness/supplement industry.

Look at some of the marketing in the past. Gaspari had one of the best ads I think I’ve ever seen pushing one of their muscle enhancement products. They used Marzia Prince in their ad where she was sitting against a wall in a bikini with her legs spread apart. They then Photoshopped in a box of Halodrol between her legs and made the tagline, “The most sought after box on the planet.” Pure genius. It grabbed everyone’s attention. They also had a second ad, again using Marzia Prince. This time she was sitting on top of a fake enlarged box of Halodrol and the tagline read, “Get into this box… and you’re bound to explode.” Either way you took that phrase it was correct (if you catch my drift). Sex sells, and I guarantee there were tons of guys who knew what Gaspari Nutrition was and now knew about Halodrol—oh, and I’m sure they became with Marzia Prince too.

With using suggestive images of women with products it catches the male populations eye. We aren’t pig’s ladies, that’s just how we are programmed—some of us just suck at pickup lines. But, take any straight guy and put an image of a bodybuilder next to an image of a chick in a bikini in a provocative position. Now tell me which picture he focuses on. Am I wrong?

This is honestly one of the very few ways that I see using an athlete would be beneficial. And it’s not really selling a product as much as it is making people aware of the brand and product. Smart in my opinion. Much better than a ripped dude suggesting he looks that way due to the product next to him in the ad.

The take home point I’m trying to make with this article though is that you don’t need athletes to make your brand successful. You can do well by having a great business model and marketing/sales team behind you. From there the product will sell itself if they are legit and get the consumers the results they are expecting from the product. So don’t be fooled by athletes representing a brand. Most of them don’t care about you, the brand, or that they are deceiving you to shell out your hard-earned money. All they care about is making that paper.