Soda Tax: A First of its Kind 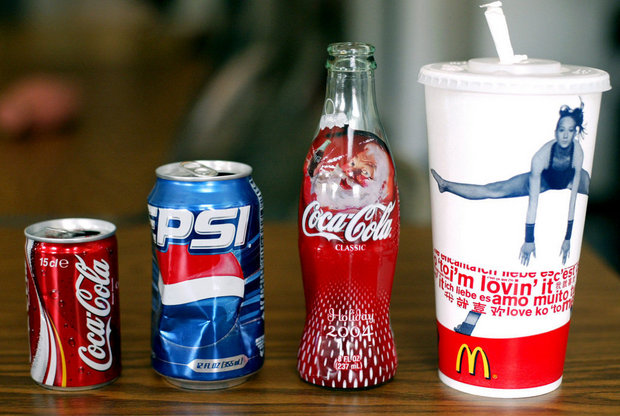 On June 16, 2016 with a 13-4 vote, Philadelphia City Council passed a 1.5-cent-per-ounce tax on not only beverages that contain sugar as a sweetener, but also diet beverages as well—making Philadelphia the first major U.S. city across the nation to enforce such a tax. This tax will affect thousands of products that are bottled, canned, or that come from a fountain machine like the ones you see in gas stations, convenience stores, and fast food restaurants. Literally any beverage that contains sugars or any artificial sweetener will be affected. This includes sports drinks, sodas, teas, bottled/canned coffee, flavored water, and energy drinks just to name a few.

This tax was voted on in order to raise upwards of $91M annually to help fund childhood education in Philadelphia. Also put in place with this tax is a tax credit for any business who only sells healthy beverages. This tax is planned to start on January 1, 2017. However, things are already in motion to try and overthrow the vote via a court challenge. Beverage manufacturers will certainly be watching this closely as well as stepping in if need be to voice their opinion.

The original plan for the tax was set at 3-cents per ounce but was quickly shot down before it even grew legs. This tax will go directly against distributors of the beverages. The tax will obviously end up making its way down through the distribution chain and will eventually get passed along to the consumers. Those who were involved in the vote said they are calculating that for a 12-ounce canned beverage, the cost will increase around 18-cents. A 2-liter bottle will increase around a dollar. And a 12-pack of beverages will go up by around $2.16. The real question is, how much or will all of that increase get passed onto the consumer?

This vote did not take place without a fight between opposing sides of the issue. It is said that the American Beverage Association spent around $5M on marketing to oppose this tax. Another nonprofit group spent $2M where $1.6M of the total came from New York City’s very own Mayor Michael Bloomberg in favor of the tax and to help push it through. New York also tried to enforce a soda tax in the past but was unsuccessful in doing so.

That’s a tough call to be honest. The tax is in place for a good reason—health concerns as well as a way to raise money to help education within the city limits. But that being said, will the 1.5-cent tax per ounce drive sales up enough that people won’t purchase the drinks therefore businesses will suffer and no money will be raised to go towards education? Businesses could potentially need to cut jobs or could go out of business altogether. Is it a fair trade to take out businesses and increase unemployment? That in my view comes down to personal opinion.

What about the manufacturers? They are still going to sell the product without any repercussion. However, they will most certainly see their overall sales figures drop due to many distributors sales inevitably decreasing. This will have a national effect on the beverage industry as a whole. The government is out to protect those who put money in their pockets such as the corn, wheat, tobacco, alcohol, and sugar industry to name a few. Once the government sees a decrease in funds flowing in, I don’t believe it will be long until they push for a change.

Here’s something to take into consideration. Philadelphia doesn’t necessarily have the wealthiest individuals or a very high household income. This tax will inevitably force residents to pay more money regardless if they stick with these same beverages or if they go with a “healthier” alternative. We all know through our own experiences that buying healthy foods and drinks are much more expensive than purchasing say a 2-liter bottle of soda. While the tax might not make sugary beverages and healthy drinks on par in terms of price, it will certainly narrow the gap.

For those who don’t drink anything on the list mentioned earlier, you have nothing to worry about as it won’t affect you at all (especially if you don’t live in Philadelphia). But those individuals who do drink those beverages will be forced to pay more regardless of the beverages they choose to purchase (unless they go with water which is highly unlikely).

This increase could definitely further hurt the city which already suffers from poverty. While the tax is being put in place for good reasons, there’s also a negative and downside to the story and outcome from the vote to take into consideration. Let’s not forget how things seem to be going these days. Once one law is put in place, it tends to migrate to other regions as well. This certainly opens the door for more cities across the nation to vote on and put in place a similar tax. Eventually we could see a nationwide soda tax enforced.

It goes without saying that sugary drinks are associated with increased chances of illness, disease, obesity, among other negative side effects. By increasing the cost of sugary beverages and those with artificial sweeteners, we can only hope that it turns more people onto healthier beverage alternatives such as unsweetened tea, water, black coffee, coconut water, and similar beverages.

With a decrease in sugary beverages in the city, one would assume the percentage of overweight and obese individuals would drop (in theory). In my opinion, I think the change in those rates will be negligible at best. People are creatures of habit and if they have the means to pay more for a beverage they are used to drinking then they will simply pay the new inflated price. It also goes without saying that sugar is similar to a drug in that it’s addictive. Once you consume sugar, you are left wanting more due to the rise and fall of blood sugar levels. When an individual is on the downward slope of coming off a sugar high, they are going to look for it again by consuming yet another sugary beverage (or a food source containing sugar). The cycle then continues.

From a health standpoint this is a great ruling for the city of Philadelphia, but the consequences put on businesses also creates some concern. You, yourself, will have to form your own opinion on whether you feel taxing sugary and artificially sweetened beverages is a positive or a negative.

While I see both positives as well as negatives associated with this ruling, I can see the outcome being overthrown and the soda tax going away. With big players who have money to fight this tax, such as Coca-Cola and Pepsi Co., I can see it not getting very far in court should it get that point.

Would I love to see the overweight and obesity rates drop? Definitely. Do I think that this is just one step in the right direction with many more to take? Absolutely. But remember one thing, as mentioned earlier, we are creatures of habit. If those items are still available for sale, they will be purchased. The numbers might decrease slightly, but the risks associated with sugary beverages is still there. Unless we totally eliminate these types of beverages, habits won’t necessarily change. There’s nothing being taught or educated on with this tax. Residence only see it as a negative that they have to now pay more for their soda or other sugary beverages they consume daily. So what really is learned from this? Nothing. City Council did a terrible job educating the public on this decision and trying to have them understand that this is a positive change. We are all leery of change these days and fight it unless we somehow understand how it benefits us.

Personally, I’m not a fan of sugary drinks and I avoid then like the plague. However, I do enjoy beverage that have artificial sweeteners in them like Stevia or Splenda—even the occasional Coke Zero. While I don’t understand the thought process behind also taxing artificially sweetened beverages, I can appreciate that Philadelphia is trying to do something to help education as well as looking for a way to help solve the overpowering weight epidemic that plagues not only Philadelphia, but this nation.