Should We Judge The Posing Round and Have Public Weigh Ins? 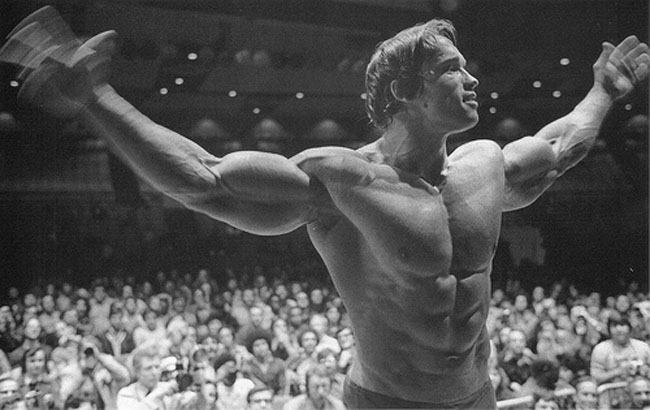 While instituting a major change to the way that professional bodybuilding is judged would be supremely difficult and is highly unlikely, there are other more realistic changes which could be made that could also improve our sports competitions. The first one is the most simple change of all: public weigh ins at the press conference. The second, as has been discussed frequently over the last year or so, the posing round should be judged. Although it should not be judged the way that it used to be or is now at the Arnold Classic.

In the world of bodybuilding, or life in general for that matter, few things are lied about as frequently as, or to the same extent as weight. Whether it is a fat person lowering their claimed weight, a skinny person and/or bodybuilder raising their claimed weight, or even a person lying about how much weight they can or did lift. The topic of weight tends to avoid the truth like Rich Piana avoids not being a douche. This is mentioned in bodybuilding circles now and then, most notably by Lonnie “The Swami” Teper, but it is rarely examined closely. When looking at some of the claimed body weights of different professional bodybuilders over the years, it becomes clear that the majority of our athletes may have larger noses than the woodcutter had originally intended.

In 1988 there was an official weigh in the night before the Mr. Olympia and nearly everything, whether they were at that show or not, feels that it was a great addition to the show. Seeing the guys peel off their robes and get on the scale was not only very exciting, but it made the entire show seem far more serious and professional. Aside from the great Lee Haney, the body weights of nearly all competitors were surprisingly low in relation to what they had been claiming, which is about as surprising as finding out who Ellen will vote for in this presidential election. Nonetheless, having a public weigh-in these days might not be a bad idea. At the very least it would be another spectacle for fans to watch, while making for good conversation and debates, giving the industry something else to chatter about, which is always good.

Though it may sound like this subject of weight inflation is a direct dig at bodybuilders, it really is not. As silly as it may sound, the body weight in which a spectator or judge is told and believes, will have an effect on how his or her mind perceives the physique at hand, even if to a small degree. Let’s say two competitors are going to be competing against one another at the same height and weight. If one of these competitors is claiming he is fifteen pounds heavier than he actually is, and the other competitor is strictly telling the truth, most people will automatically perceive the first competitor as appearing larger when they step out on stage. The end result of this truth is competitors who would otherwise be honest about their weight, adding fairy tale pounds to their physiques in an attempt to prevent losing any sort of edge. This strategy may seem insignificant, but when you are at the professional level dealing with the difference between first and second, nothing is insignificant. Obviously a public weigh in would provide this same effect, but at least the weights would be truth.

With the posing round now being scored again at the Arnold Classic, after the IFBB decided to stop judging the posing round all together a decade ago, there has been much discussion and debate over whether or not the posing round should in fact be judged. Those who argue against the posing round being judged use two main stances in order to back up their point. The first argument is that it is impossible to compare a dancing type routine like we see with Darrem Charles or Kai Greene with a slower, more classic routine a la Cedric McMillan and Hidetada Yamagishi. The second argument is that even when the posing round was supposedly judge for all those years, it never actually was in reality. Guys with great physiques who couldn’t pose to save their lives would routinely defeat lesser physiques who posed exceptionally, in the posing round, proving that it was never really scored.

My answer to all of this is judging the guys on their physique during the posing round, as opposed to they way or style in which that pose, much like the individual posing at prejudging, but with music and the ability for the guys to hit poses however they like. Now, bodybuilding purists might argue that this is not fair or useful, because the physique should be judged in its entirety. Once again, I completely agree. However, judging the athletes physiques during the posing round hardly means that the entire physique is not being judged. It’s not like they will be able to use props and cover up certain body parts. Not to mention, in every other round they are judged in the classic bodybuilding fashion.

The ability to show off one’s physique to the best of one’s ability through the use of certain poses, transitions, and music, would become the main goal of the athletes during the posing round. Every competitor has certain poses and body parts that are either weak points or strong points and they would all be allowed to utilize their strong points during the posing round, so the case can not be made that this would be unfair. Maybe it is just me, but because the physiques are not judged during the posing round and I am in act a bodybuilding fan, not a posing fan, it’s extremely boring. The posing round as it is now is only useful for a trip to the bathroom for number two or a trip to the kitchen to get a bite to eat, if you are watching from home. I mean, it is a bodybuilding show, so if the physiques are not being judged during the posing round, what is the point of watching unless you have a friend or family member in the show?

If the physiques were judged during the posing round, we would all watch closely in order to determine who looks like what, as well as who is improving or getting worse the same way we do during the prejudging and final comparison. Watching our top athletes utilize music, posing, and/or dancing in order to make themselves look as impressive as possible would be far more entertaining than the posing round as it is now or was twenty years ago. Entertainment after all, is the cornerstone of our ability to increase the popularity of our sport, which is in dire need of more popularity.