Should the Posing Round be Judged in Bodybuilding Competitions? 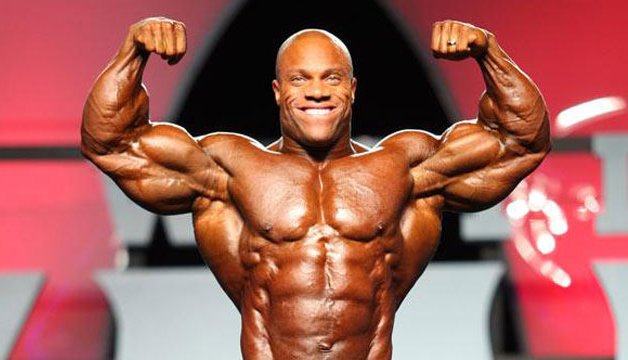 Having spent the last couple hours skimming through contest coverage of the Arnold Classic at Muscular Development’s live play-by-play, I was curious to see how a renewed emphasis on the posing round would play out in terms of the overall judging. As many had predicted, Kai Greene put on an energetic and mechanically well executed routine, allowing him to sway the judge’s opinion in his favor after a somewhat dismal showing at that morning’s pre-judging. As the front-runner going into the show, not many were surprised to see Kai take the win, but what was surprising were Arnold’s comments following his victory.

For those of you who watch the ASC each year, you will know that it has become tradition for Arnold to personally congratulate the winner while handing him his trophy. This is typically followed up with some light surface banter, such as “tell us how hard you worked to get in shape for this show?” and so on, but this year was different. Rather than focusing solely on the champ’s victory, Arnold wasted no time drawing attention to the fact that Kai won the show because of the posing round, even going so far as to tell Kai—immediately in the wake of his victory–that (to paraphrase) “Cedric had the better physique, but you won because you were the better poser”.

In order to gain some insight into the motivation that drove this comment, we need to go back to last year’s ASC, where in an interview with Bob Cicherillo, Arnold made waves throughout the bodybuilding community by publically proclaiming his disdain for distended stomachs. Although the issue of big guts may have been the focal point of the discussion, there was more than just bloated bellies on Arnold’s mind. The real issue was far more complex and wide-reaching, with distension being nothing more than a consequence of what can only be described as the diminished pursuit of aesthetic excellence. This became apparent a few minutes later as Arnold continued launching criticisms at today’s bodybuilders (at one point even referring to modern physiques as “bottle-shaped”). He also voiced his disapproval over the elimination of the posing round; something he has objected to numerous times in the past. He even called out the judges themselves, including head honcho #1, Jim Manion, by challenging them to prioritize more traditional qualities during the judging process.

Within a short time his call was heard around the world, with several key players initiating big changes for the remainder of 2015 and beyond. Big guts started to be more heavily penalized, plans for a new division (Classic Physique) was put in place, and the posing round would account for a full 1/3rd of the total score at the upcoming Arnold Classic in Columbus, Ohio—Arnold’s most prestigious show. Many would agree that these changes were a step in the right direction (personally, while I like the idea of a “classic” division, I don’t think limiting competitors to certain height-weight ratio is a good move); designed to help facilitate a return to the traditional aesthetic standard that helped shape and grow the sport during its more popular years. While we can never go back to the past, it is important to take steps to curb unintended consequences of the mass at all costs mind-set, as many feel that the artistic-aesthetic element has been all but lost in the modern era, precipitating bodybuilding’s recent fall from grace.

However, last night’s results may have brought more confusion than clarification, as Kai Greene, despite possessing one of the least aesthetic physiques in the line-up, walked away with wins at both the posing round and the overall. While I have no problem with Kai winning this show based on current judging criteria, it seems odd that the very round designed to provide a competitive advantage to the aesthetically blessed (Cedric, in this instance) actually worked against him. Now, don’t get me wrong, I definitely think the posing round should be judged, but before blindly accepting its presence as a good thing for bodybuilding, we first need to ask ourselves “how should it be judged?” This is a simple question to be sure, but one which cannot be answered until we first define its purpose.

To get right to the point, is the posing round a physique round or is it an entertainment round? This is a critical distinction, as the former will encourage competitors to develop their physiques according to a more aesthetic standard, while the later will encourage competitors to develop their entertainment skills. While I am all for bringing a little excitement to what can often be a rather dull sport, I am strongly opposed to awarding points on the degree of entertainment provided…for multiple reasons. For one, it would bring an even greater degree of subjectivity into an already highly subjective sport by allowing judges to award points on non-physical qualities. Making matters worse is that they would be doing so without any pre-determined criteria to help guide their decisions. At least with the other rounds, they are not only judging the physique, but they have a pretty good idea of what they are looking for based on decades of example. When entertainment value, or even posing expertise, becomes the primary means of judging the posing round, any routine that happens to tickle a judge’s fancy will garner a high score.

The bottom line is that bodybuilding is not a talent show. It is a physique show and should be judged as such. Artistic expression/interpretation should not come into play during the judging process. Bodybuilders should be judged on their physiques and their physiques alone. Posing competence is only relevant to the extent that it allows the bodybuilder to better display his physique to the judges. Either way, it should be the physique that is judged, not the routine itself. When we start awarding points based who had the most well choreographed routine, who exuded the most energy, what posing style was employed, or even by posing skills (in terms of execution), we are in trouble. While capitalizing on these factors may allow a bodybuilder to display his physique to its best advantage, they are only a means to an end. In other words, judge the physique, not the tools used to display the physique.

At this point you may be saying “isn’t that what the mandatories are for…to judge the physique?” To that I would say yes, but unlike some, I do not believe the mandatories are the be-all, end-all of physique evaluation, and this is where the posing round should come in. The posing round should be a time to for bodybuilders to say “let me show you why I deserve to win!” It should be a time for bodybuilders to come out and show the judges all the things they couldn’t show them during the 8 mandatories—all those awesome poses uniquely suited to the individual—which allow them to display their physiques to their best advantage.

Every bodybuilder has certain poses that work with his genetic shape and structure, and those that don’t. While looking great in a few non-mandatory poses shouldn’t save one from a poor showing in the pre-judging/confirmation rounds, using the posing round as a way to show the judges additional (key word “additional”) strengths should go a long way in helping them decide who places where, especially when faced with otherwise tough decisions. While this might take place in an ideal world, current judging seems to place little value on any pose outside of the 8 mandatories, even during the posing round. From what I can see, points are awarded primarily by assessing the impact of the routine itself, rather than the physique, leaving the bodybuilder in a position where he must either transform into an entertainer or suffer the consequences.

While things might be this way today, history reveals a different beginning. In fact, some of the best physiques of all time would have been considered weak in one or more of the 8 mandatories, even when compared to other bodybuilders of their day, but they were able to pull off wins—even dominating ones—because of their incredible ability to make an impact using non-mandatory poses. Take Arnold Schwarzenegger, for instance. Arnold is largely regarded as being the most dominant bodybuilder of his era, if not the most dominant of all-time, yet he was comparatively weak in several of the mandatory poses, with multiple competitors displaying superior development in mandatories such as the rear lat spread, side tricep, and abs & thigh pose. Despite possessing what would be considered serious flaws on today’s stage, it doesn’t seem to have tarnished his reputation as one of the greatest. In large part, this is due to how spectacular his physique looked in a variety of non-mandatory poses. He took great care to find those shots which were ideally suited to him and he used them for all they were worth.

In my opinion, viewing any pose as irrelevant simply because it doesn’t belong to the 8 mandatories is silly, but what is even sillier is limiting physique evaluation to a total of eight poses. This then begs the question “aren’t non-mandatory poses still a representation of the physique, and if so, why don’t they count for shit?” Being that they aren’t officially counted as part of the scoring in any round, this is a fair question to ask. You can bet your ass that when Arnold stood onstage and hit his famous ¾ twisting back shot or one of his awesome single-arm bicep poses, the judges paid attention…and more importantly, it mattered in terms of the end result—a lot. More than once Arnold has recounted the tale of his 1972 match-up against Sergio Oliva, and in doing so he provides a great example of how bodybuilding used to be judged.

In re-telling the story, Arnold reveals that during the final posedown he and Sergio would stand head to head trading poses. Each man hit those shots he thought would give him a competitive advantage. This was done by posing to one’s strengths and trying to draw attention to the other man’s weaknesses, while always being cognizant of what the other man was doing, so as not to be upstaged. When Sergio would settle into his famous hands over head pose, Arnold would counter with a one-arm biceps shot, and on it would go, until the round was over and there was nothing left to show. Unlike today, they used a wide variety of poses in order to demonstrate physical superiority over their opponent. There was no walking offstage into the crowd, far from where the judges could see, and then repeatedly hitting the mandatories in front of people who had nothing to do with the scoring. No. Each man stood right in front of the judges and gave the best performance he was capable of, regardless of whether it included the mandatories or not. In the end, the judges took everything into consideration and judged accordingly…as it should be.

Unfortunately, this is a large departure from what we see today. The chances of the IFBB ever judging this way again, or better yet, implementing the changes I’ve suggested, is unlikely to ever happen. Still, I don’t want to come across as overly harsh in my criticism of today’s judging process, as I do believe there have been significant improvements—in some areas—over the decades. However, I also believe it can be a little short-sighted when it comes to physique evaluation. By discounting the relevance of non-mandatory poses in the judging process, the sport is unable to evolve in terms of individuality, as it forces everyone to develop their physique within a limited set of parameters which may or may not be ideally suited to the individual’s physique. I just wish there was more room for showcasing everyone’s unique gifts—in a way that would be reflected on the judges’ score cards.